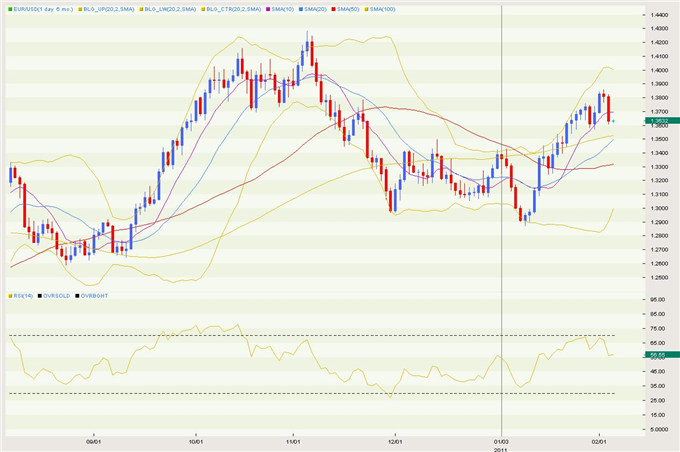 Aussie Bulls Not to Be Denied; Tough Road Ahead for Our Short

While most of the trading activity since Thursday’s New York close has been consolidative, it is the Australian Dollar that continues to defy gravity, with the single currency outperforming across the board on the back of rallying commodity prices and an upbeat RBA quarterly monetary policy report. The RBA has gone ahead and raised its 2011 growth and inflation forecasts, and the move has opened the door for a fresh rally in AUD/USD just shy of 1.0200 thus far. Of course, key resistance by 1.0260 is now back in focus, and bulls will do everything they can to have the level cleared on Friday. We are indeed short the Australian Dollar from 1.0100 with a wide stop in place above 1.0300, but will need to see a bearish reversal of some kind on Friday to really encourage prospects for our position. Aussie’s relative outperformance has been disconcerting, with even a material sell-off in the Euro and rally in the USD Index failing to influence the antipodean.

Moving on, the major reversal in the Euro has been brought on by a much more dovish than expected ECB President Trichet on Thursday who after talking rather hawkish in the previous month, showed nothing of the like at yesterday’s press conference. There is still some key support by 1.3570 that needs to be taken out and closed below on Friday however, to really signal some form of topping in the major. Elsewhere, the Swiss Franc has started to show some relative weakness and it seems as though the continued strength in US equities and ability for overall market risk appetite to remain quite healthy has helped to open a round of profit taking in the safe-haven. There is still a degree of geopolitical risk in Egypt that may once again open some renewed buying in the Franc, and market participants should watch out for any escalation on that front or a clearer picture.

Looking ahead, the calendar is rather quiet in European trade, with the only notable releases coming in the form of UK Halifax house prices (-0.3% expected) and Swiss foreign currency reserves due at 8:00GMT. Some secondary Italian inflation figures at 10:00GMT are not expected to factor into price action at all. Things pick up considerably into North America with all eyes keenly focused on the monthly US NFP report and accompanying unemployment data. Analysts are looking for a rise of 146k for NFPs and a slightly higher unemployment rate at 9.5%. Canada employment data is actually out first at 12:00GMT with the market looking for 15k change in employment and a steady 7.6% unemployment rate. Canada Ivey PMI (53.3 expected) caps things off for the week at 15:00GMT.

EUR/USD:A major bearish reversal day on Thursday has taken the pressure off of the topside for now with the market fast approaching next key short-term support by 1.3570. Look for a close below this level to further accelerate declines and open the door for deeper setbacks towards 1.3500. However, we do also see the potential for a bounce back towards the 1.3750-1.3800 area with the potential for a formation of an inter-day head & shoulders top. As such, the preferred strategy is to look to sell into rallies towards 1.3800, with stops to be placed just over the yearly high at 1.3860. Back above 1.3860 negates short-term bearish outlook and exposes 1.4000 further up. 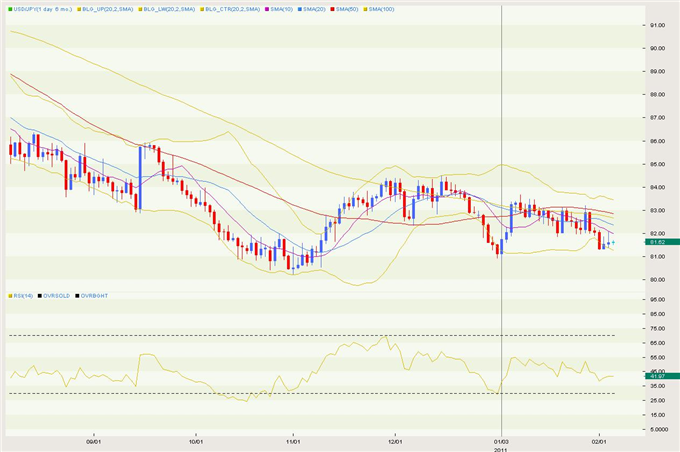 USD/JPY: Despite the latest setbacks below 82.00 which have put the pressure back on the downside, the market remains well bid on dips towards 81.00. A break and close back below 81.30 will open the door for fresh downside towards the multi-year lows from late 2010 by 80.25, but at the same time, should the market manage a close back above 82.00, we could see yet another successful basing attempt with the potential for a more significant recovery back towards and eventually beyond 84.50. In the interim, best to stay on the sidelines and await a clearer signal. 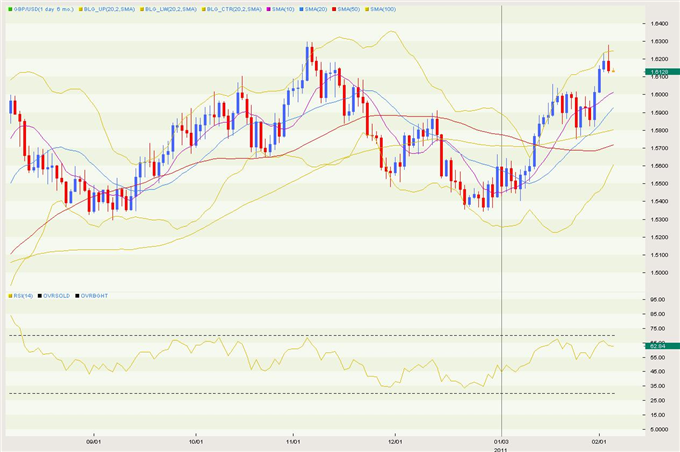 GBP/USD: Bearish reversal formations don’t get much prettier than the one seen on Thursday with the market putting in a bearish outside day after stalling out just ahead of key psychological barriers and range resistance by 1.6300. The formation is almost too pretty, but a break and close below 1.6120 on Friday will confirm topping and open the door for a more significant pullback towards the 1.5800 area over the coming sessions. Back above 1.6280 would however be concerning and likely negate topping prospects. 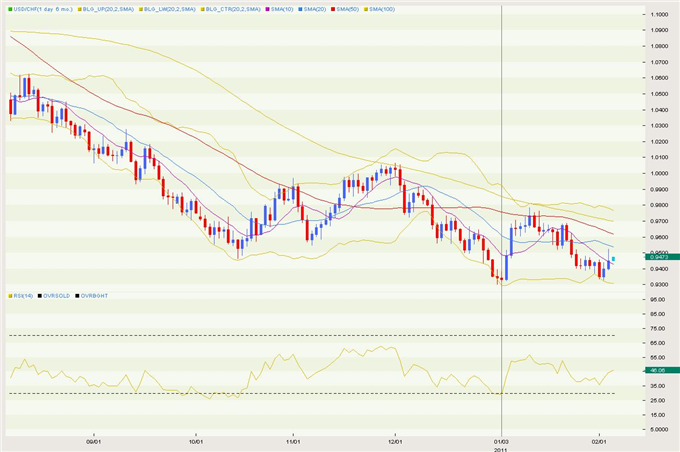 USD/CHF: Although the market remains under some intense pressure with the latest declines stalling just shy of the late 2010 record lows at 0.9300, inability to establish fresh record lows on Wednesday followed by a break back above 0.9400 leaves us somewhat constructive with our outlook from here. Look for a break and close back above 0.9530 to confirm bullish bias and accelerate gains. Back below 0.9300 will of course negate outlook and give reason for pause.