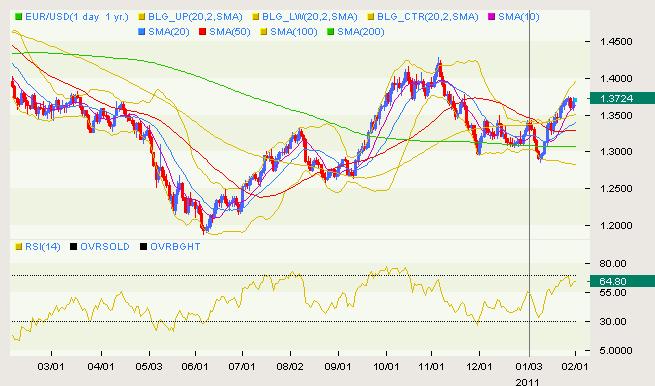 The sharp setbacks from the previous week on the back of the elevated geopolitical tensions in Egypt have now been retraced and the market seems content on once again looking to sell the Greenback across the board. Monday’s higher than expected EMU CPI estimates have also factored into the latest rally in the Euro, and market participants are now contemplating the possibility of some fresh upside towards psychological barriers by 1.4000 over the coming days.

After consolidating for several weeks, USD/JPY is back under pressure on Tuesday, with the market looking like it may want to establish below the 82.00 handle. This would be a bearish development for the major and could once again expose a retest of the multi-year and record lows down by 80.00. Our in-house speculative sentiment index is showing a dramatic 8:1 ration of long USD/JPY positions, and we are baffled with the ratio given the lackluster trade in recent weeks. There certainly has been no justifiable reason to be either long or short, and if anything, today’s bearish price action suggests that we are headed lower. While we do maintain an aggressive longer-term bullish outlook in this market, short-term technicals have not yet confirmed.

Meanwhile, Sterling has been on fire over the past few sessions, with the single currency outperforming most recently on some hawkish comments from BOE Weale and the latest NIESR report which says that the Bank of England will raise UK interest rates three times in 2011 to rein in inflation. NIESR projects the benchmark rate rising to 1.25% by the end of year. We still think these calls are on the aggressive side considering the state of the local economy and would expect to see the central bank remain slightly more accommodative going forward despite inflationary threats.

Another central bank that has been in the news on Tuesday has been the RBA, with the Australian central bank coming out and leaving rates on hold as was widely expected. The RBA left rates on hold at 4.75%, with a very similar accompanying statement to the one at the previous meeting. The overall tone of the statement was rather balanced but we continue to see the Australian economy at risk for a further slowing in the face of softening economic data and an expected slowdown in China.

Nevertheless, AUD/USD is well bid on Tuesday, with the market easily breaking back above parity and contemplating a break towards 1.0100. The antipodean has been well bid on broader currency buying, increased risk appetite, rallying commodity prices and some on the whole stronger economic data. Aussie PMI was solid while the house price index was much firmer than forecast. There was however some room for concern with NAB business confidence sliding and China manufacturing PMI coming in weaker than expected.

EUR/USD:The bearish reversal day from Friday has now been negated with the market racing back above 1.3700. While we would not get overly bullish at current levels, a break and close back above 1.3760 should open the door for a fresh upside extension towards 1.4000 into the mid-week. However, inability to establish above 1.3760 would suggest that price action is somewhat exhausted and could set up an inter-day double top formation, with the neckline coming in by Monday’s 1.3570 low. As such, the preferred strategy is to stand aside for now until a clearer signal presents. 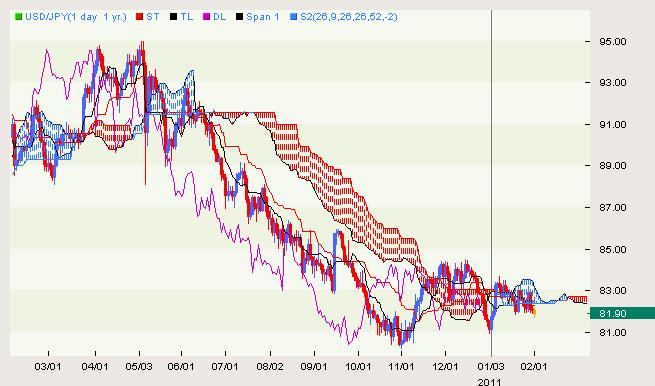 USD/JPY: The market appears to be locked in some consolidation with clear directional bias not easily determined. The latest rally has stalled out by the Ichimoku cloud top to suggest that the pressure still remains on the downside for now. A daily close back below 82.00 should accelerate declines and expose the multi-year lows from 2010 just ahead of 80.00, while back above 83.70 will relieve downside pressures and shift structure back to the topside. In the interim, we remain sidelined and await a clearer signal. 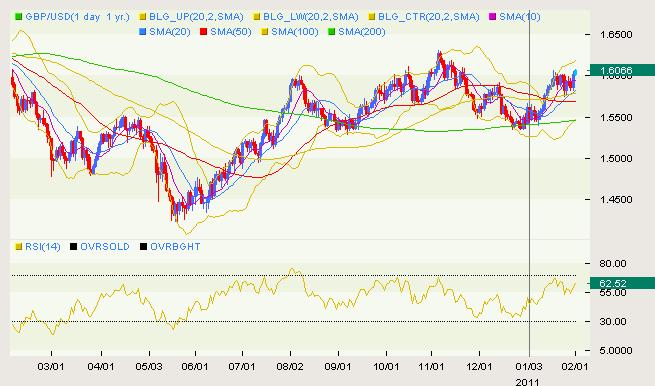 GBP/USD: The market has been very well bid since reversing sharply in the previous week, with the rally now totally negating any short-term bearish sentiment following the break back above 1.6060. From here, there is scope for fresh upside towards 1.6200, but we do see some solid resistance that comes in by the 1.6100 figure in the form of the October highs and a 78.6% fib retrace off of the Nov-Dec move. As such, our preferred strategy is to look to sell into rallies towards 1.6150 on Tuesday in anticipation of yet another topside failure above the 1.6100 barrier. A daily close back above 1.6100 would however concern and expose a full retracement back towards the November peak at 1.6300. 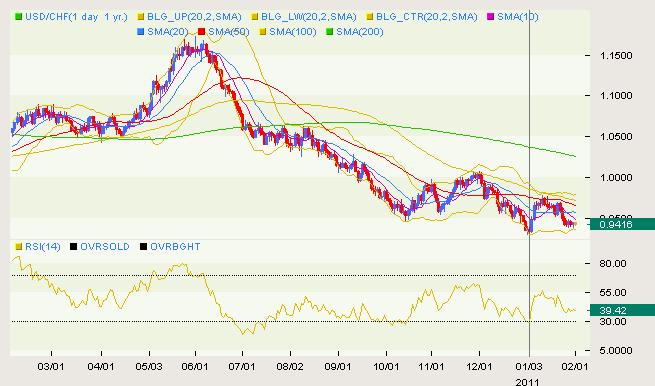 USD/CHF: Overall price action is certainly concerning for our longer-term basing outlook with the market dropping to fresh record lows by 0.9300 thus far. However, cyclical studies are showing oversold and any additional declines below 0.9300 are not seen as sustainable. Look for the current setbacks to be well supported on a close basis above 0.9400 (see 78.6% fib of record Dec low to Jan high), with a fresh higher low sought out ahead of the next major upside extension beyond 0.9785. 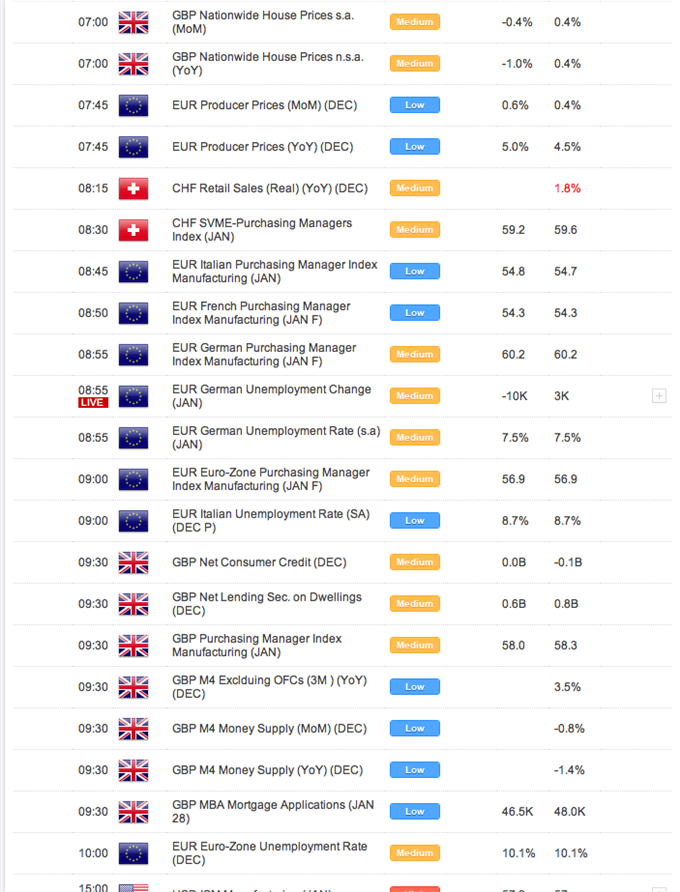