Crude oil prices were higher in Wednesday’s Asia Pacific session as the market looked hopefully to Thursday’s meeting of the Organization of Petroleum Exporting Countries and allies including Russia, the so-called ‘OPEC Plus’ group.

This get-together is expected to be more successful than the March conclave. The inability of Russia and Saudi Arabia to agree production cuts in the face of coronavirus-linked demand destruction unleashed a bizarre price war and flood of oil which saw prices plummet. A real reduction could be hammered out this time but whether it can be made to stick could depend on the attitude of the United States, and whether it too will cut oil output. There question markets remain with the Department of Energy saying this week that US production is already declining without government action.

It will release US crude oil inventory numbers later in the global session.

The market faces the prospect of a deep global recession with attendant limited energy demand whatever OPEC and its allies decide to do.

Gold prices were steady with the market glued like all other to the coronavirus story. There have been signs of slowing infection rates in some countries, but widespread lockdowns and other economic restrictions remain the norm and, in such circumstances, gold’s haven bid looks safe enough.

Progress toward this year’s highs remains stymied to some extent by the strength of the US Dollar but by the same token there appears little impetus to sell gold even with those highs quite close to the current market. 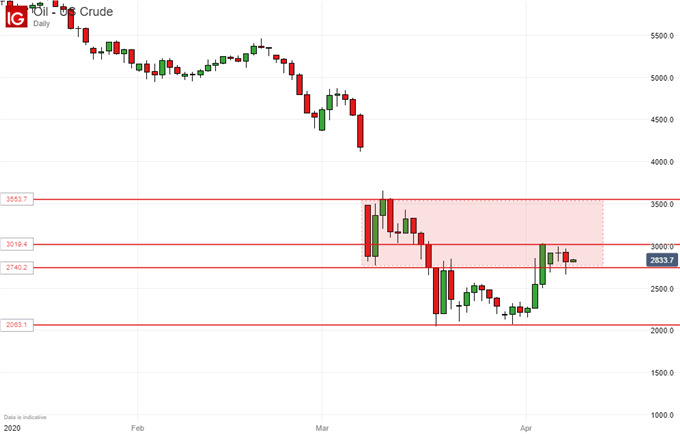 Prices have nudged back up into a broad, higher trading band having recovered smartly from this year’s near eighteen-year lows. However, they hardly look comfortable above the band’s baseline level of $27.74/ barrel.

For the moment resistance at March 16’s closing low of $30.19 seems to be arresting progress, having effectively capped the market on April 3 and 6. If the fundamentals improve this week the bulls should have little difficulty in topping it, but they seem in no hurry and it looks as though range support may well see another test before the Thursday meeting. 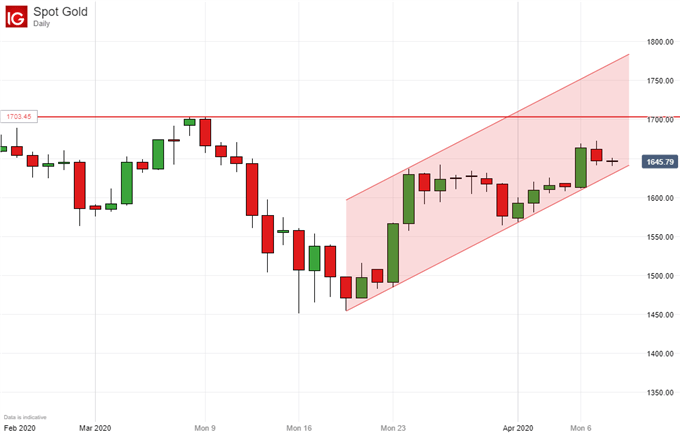 Gold prices continue to respect the lower boundary of their dominant daily-chart upward channel, although it’s clear that the market is much more inclined to test that than the upside. There’s probably support at the previous range top in the $1628/ounce region, with channel support now coming in just above that at $1635.09.

The bulls clearly have the peaks of March in their sights once again, and seem to be making clear if gradual progress toward it. The market may remain vulnerable to sudden liquidation should stocks lurch South again, but looks quite well underpinned at current levels.