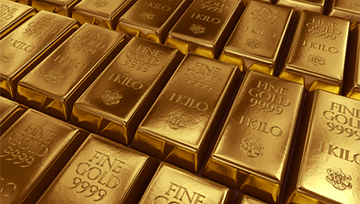 Gold prices languished, with a brief intraday rally erased by the close of trade in North America as markets looked on to the upcoming State of the Union address, the first to be delivered by Donald Trump. An underwhelming outing has since weighed on the US Dollar, offering the yellow metal a modest lift.

All eyes now turn to the FOMC rate decision. A marked change in the policy stance seems overwhelmingly unlikely as Janet Yellen hands off the reins to incoming Chair Jerome Powell. A recent uptick in inflation expectations might make for a slightly hawkish tone however, capping any nascent gold recovery.

Crude oil prices remain anchored to overall market sentiment trends, with the WTI contract dropping alongside the benchmark S&P 500 yesterday. US stock index futures are pointing convincingly higher ahead of the opening bell on Wall Street however, hinting that a bit of a respite may be in the cards.

On the data front, EIA inventory data is expected to show stockpiles added 1.88 million barrels last week. That would mark the first build in 10 weeks. API reported a more dramatic 3.23 million barrel gain yesterday. Any sentiment-linked gains may be dented if official figures print closer to that outcome.

See our free guide to learn what are the long-term forces driving crude oil prices !

GOLD TECHNICAL ANALYSIS – Gold prices paused to digest losses but the path of least resistance still seems to favor the downside after the appearance of a bearish Dark Cloud Cover led to topping, as expected. From here, a daily close below the 11316.50-25.96 area (January 4 high, 38.2% Fibonacci retracement) targets the 50% level at 1301.19. Alternatively, a move back above 1344.74-50.32 (support-turned-resistance, trend line) opens the door for a retest of the January 25 high at 1366.06.

CRUDE OIL TECHNICAL ANALYSIS – Crude oil prices broke downward as expected, with sellers now aiming to challenge the 38.2% Fibonacci retracement at 62.62. A further push below that exposes the 50% level at 61.38. Alternatively, a move back above support-turned-resistance in the 64.15-86 area (January 15 high, 23.6% Fib) paves the way to revisit the January 25 highat 66.63.