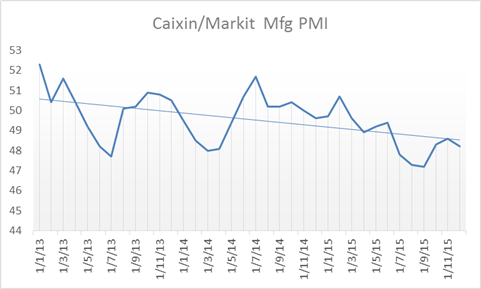 China Caixin Manufacturing Purchasing manager index (PMI) compiled by Markit showed a slight improvement in January, at 48.4 versus 48.1 expected and 48.2 prior. This survey-based, forward looking index offers a good gauge of factory activities, therefore of the Chinese economy. Both Caixin and official data highlighted deteriorating conditions as PMI remained below the 50 division figure (between contraction and expansion), last seen in February 2015.

The upcoming Golden Week in celebration of Lunar New Year could provide a relief from yuan depreciation and stock market rout.

Copper price halted its 1.18 percent intraday declines due to soft official PMI, upon touching 2.0395 support. Positive Caixin PMI should help to limit further downside, although the metal remains weak below a previous support at 2.0452. Copper is heavily influenced by China economic prospects, thus any hint of intervention by the government ahead of Golden Week would prove beneficial.

Oil price lowered near the lower bound of range as unimpressive Chinese PMIs indicate weak consumption. Rumours of a coordinated OPEC production cut proved unfounded or at least difficult to implement. After Russia’s leak, sources from OPEC and Iran rejected claim of a February meeting or the possibility of a cut. At top, oil lingers below support-turn-resistance and December’s low at 36.

GOLD TECHNICAL ANALYSIS – Gold price traded sideways for another session albeit with intraday upside bias. Momentum has waned, similar to other commodities, hence gold may experience muted price action for a while yet. Immediate support at 1113 could be threatened, upon a break gold would return to trading close to 20-day moving average at 1100.2. 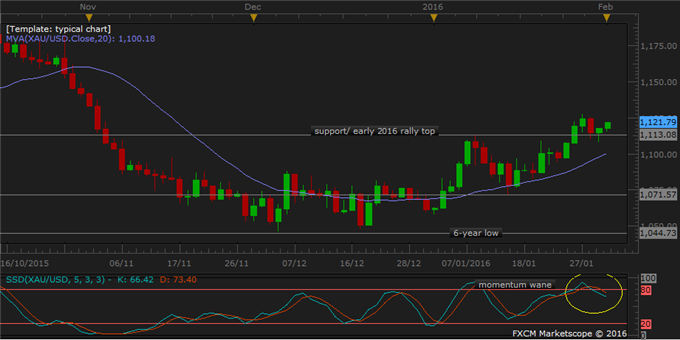 COPPER TECHNICAL ANALYSIS – After a return into November-December range, copper price is stuck at the middle amid momentum lackluster. A slight downside bias emerged today, although it does not pose threat to the 1.9355 support at a safe distance below. Medium term traders could continue to monitor this lower bound of range. 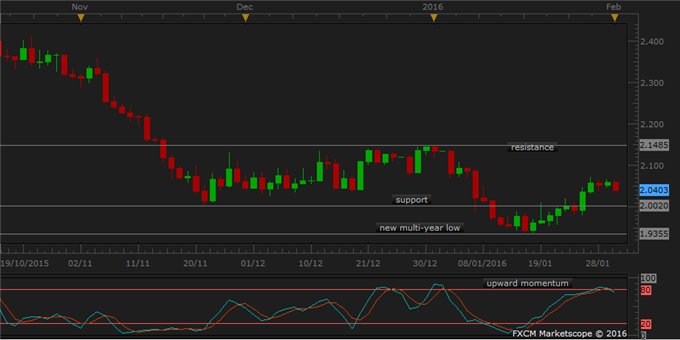 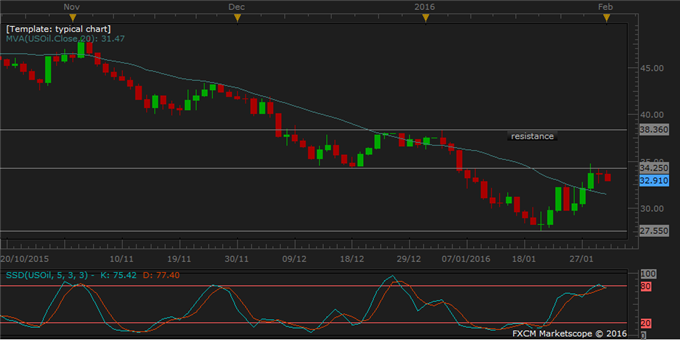