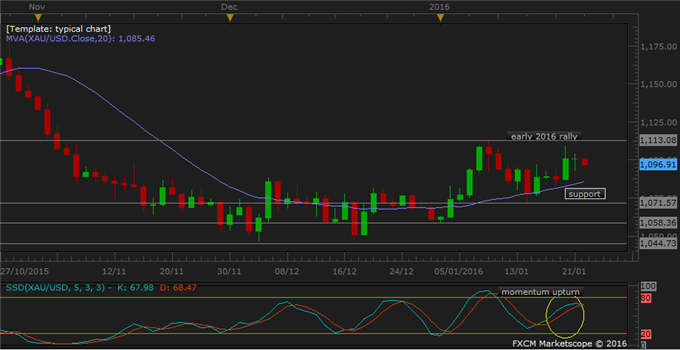 Gold price traded sideways for another day ahead of the weekend in Asia. In spite of a return of risk sentiment, gold investors are likely cautious of U.S. FOMC meeting next week. The prospect of European Central Bank cutting rates in its March meeting helped to ease pressure on gold. Bullion still consistently garnered inflows as investors run for cover amid wild volatility.

Oil price surged on a second day above $30, even into $31s in mid-afternoon Asia. That amounted to 4.6 percent in WTI and 6 percent in Brent, providing support to commodity currencies and equities. Oil gains accelerated after ECB last night hinted at impending stimulus, and China reiterated at Davos summit that its government would clamp down on harmful market speculations.

However the rally may turn out short-lived as crude inventories continued to be in excess. U.S. Energy Information Administration reported crude stocks rose by 3.98 million barrels in the week ended January 15.

Copper price held on to topside of yesterday’s rally, as a renewed risk rally spread over Asian markets and commodities. Prospect of stimulus from central banks is causing a sweep of optimism at least until this week ends. Copper price would undoubtedly benefit from any equity gains in London and New York sessions.

GOLD TECHNICAL ANALYSIS – Gold price stayed firmly above 20-day moving average at 1085.4 as it traded sideways with a touch of upside bias, heading to 2016 high at 1113. Recent flatness and a waning of momentum signals indicate no serious threat to resistance.

COPPER TECHNICAL ANALYSIS – Copper price is challenging 2.0020 resistance level as it enters a 5th consecutive day of gains. Any breach of this level will bring copper back into the consolidation range up unto 2.2025. Failure to break could result in profit-taking ahead of next week. 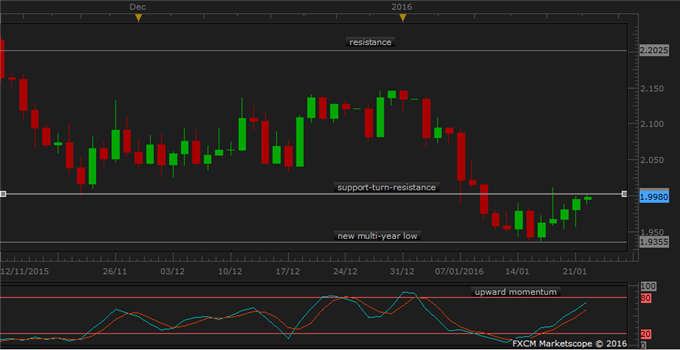 CRUDE OIL TECHNICAL ANALYSIS – WTI oil jumped above 10-day moving average and into 30s area for the first time since last Friday. Resistance is now 20-day MA at 32.90. The rise past every big figure from here could bring with it high volatility and renewed downward pressure. Overall, oil is on an optimistic course into next week. 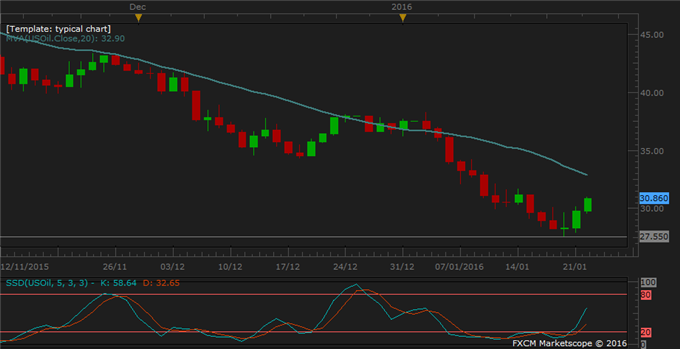