China fourth-quarter GDP was lower than forecasted yet the year-to-date (2015) figure met expectation at 6.9%. After mild risk-selling initially, Asia market seemed to take solace in the acceptable yearly GDP. Industrial production was also soft in December. More volatility may emerge through Asia’s trade and as Europe and US digest these reports. 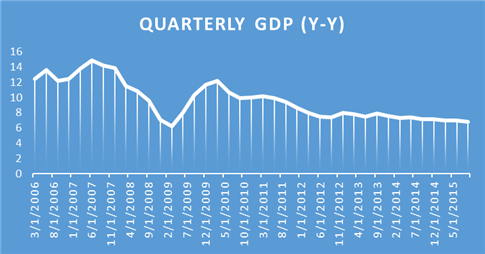 Sector breakdown of Q4 GDP will be released a day later.

Oil price traded flat so far in Asia and seems unfazed to a miss in China fourth-quarter growth data today. Both benchmarks recovered to trade within a range, after yesterday’s turmoil led to record lows of $28.36 in WTI and $27.67 in Brent.

Oil has turned surprisingly resilient this week despite a sharp projection of production by Iran following the long-awaited abolition of economic sanction. However only a retracement above $30 would help to restore investors’ faith.

Copper price holds on to yesterday’s rebound given decent 2015 Chinese growth, despite conflicting pressure from lower 4Q GDP. Market is now waiting for sector breakdown of this quarterly data by tomorrow, which may offer hints on manufacturing slowdown and in turn drive prices of industrial metals. 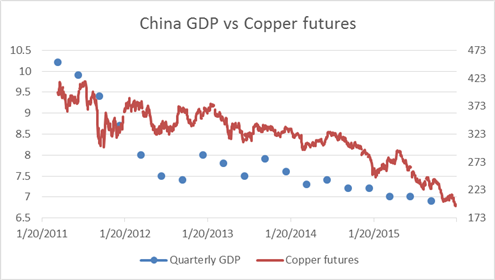 Gold price saw brief downside volatility before China GDP release, bounced back at the soft 4Q figure, then lowered again when regional stocks rose on the back of yearly GDP. Mixed reaction in Asian market will likely continue onto European session, and batter gold around in the process.

GOLD TECHNICAL ANALYSIS – Gold traded in range after a bounce from 1071.5 support last week. Today’s band narrows on a second day as volatility wanes given mixed macro signal. Range traders may await wider moves to play the range at any dip or rally. 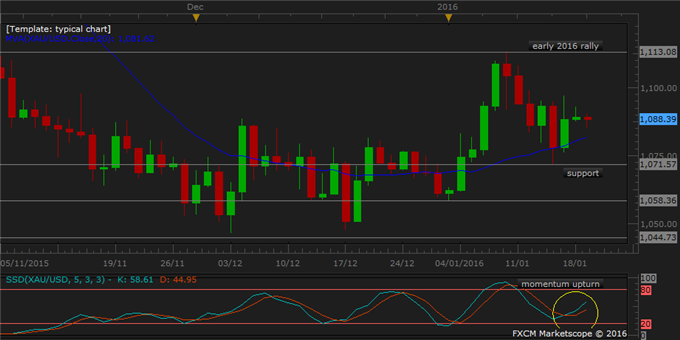 COPPER TECHNICAL ANALYSIS – Copper price has fully bounced up from 1.9355 support level. Today’s focus shifted to the topside with resistance at 10-day moving average of 1.987, then 2.0020. The upturn in momentum proved resilient and a good sign to dip buyers. 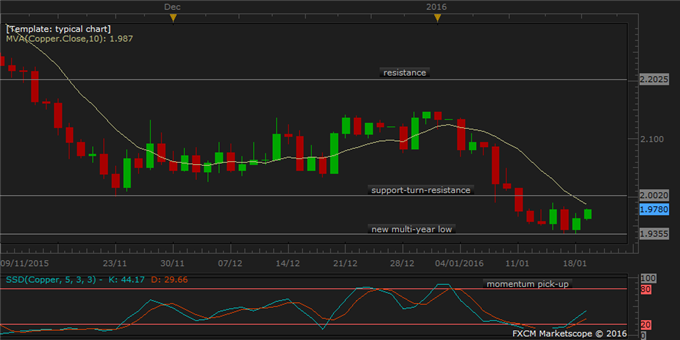 CRUDE OIL TECHNICAL ANALYSIS – Like other commodities, WTI oil retains upside movements today. However the benchmark is still vulnerable to a return of risk flight as it lacks momentum to sustain any climb above $30. Resistance is 10-day moving average at 31.15. 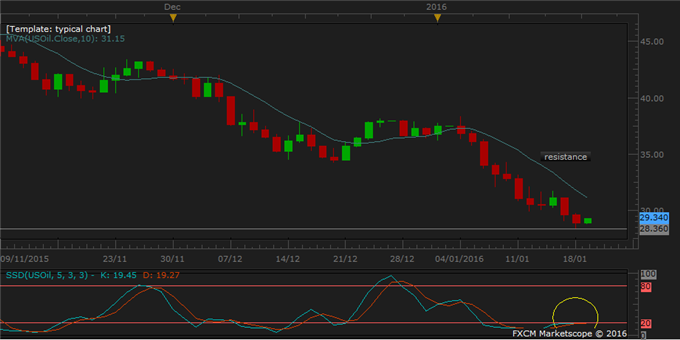