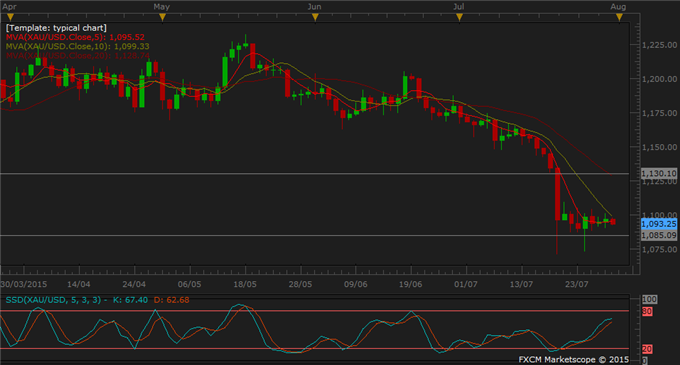 The US Dollar climbed moderately after an official statement from the Federal Reserve’s meeting affirmed prospects for an interest rate hike this year. Commodity prices appeared unfazed by this and continued on a third-day of recovery alongside China’s stock market. The Shanghai Composite gained 3.45 percent yesterday, the first daily gain since Monday stock rout.

Oil climbed the most in three weeks after U.S. Energy Information Administration reported an unexpected weekly drop in inventories through July 24. According to data compiled by Bloomberg, U.S. output fell to the lowest level since March, although it remains at nearly 100 barrels above the five-year average for the season. The Wall Street Journal also reported that Saudi Arabia is planning to curb its production after the summer.

WTI prices reversed from the 47 area that was previously seen in March, and rose towards the 50 mark in morning Asia trade. Brent oil has also put on a 0.6 percent gain.

Copper gave back some of its earlier gains in the Asian morning as US dollar gain overshadowed a steady recovery in China’s stock market. The Shanghai Composite index being near yesterday’s high and hopes of more governmental stimulus have propped up prospects of industrial metals. Despite copper prices at a six-year low, production margin remains steady and there has not been incentive for mines to reduce output. Medium-term projection for prices of copper is still leaning to the downside.

Gold lost ground in Asian trade as the provision of a higher interest rate cycle curbed the appeal of zero-yielding bullion. The price drop has been rather tamed while gold lingers around its five-year low, hence the critical support level at 1085 will likely hold in the short-term. The rather ambiguous message from the Federal Reserve and a divergence of gold from macro flows have kept the precious metal in a sideways mode. There is not yet any clear entry opportunity for shorts arming at longer-term depreciation.

GOLD TECHNICAL ANALYSIS – Gold lowered after the Fed’s meeting statement although it remained in range above a support level at 1085. The gold bears had better wait for a break of this level or alternatively a temporary rally before considering short positions. Intraday prices are slightly biased to the downside while US dollar ascends.

COPPER TECHNICAL ANALYSIS – Copper cut its earlier gains near Asian noon and intraday price action shows a slight downside bias. However daily momentum signals still point to further upside. There may be opportunities for range trade within the day, with target around yesterday’s low. 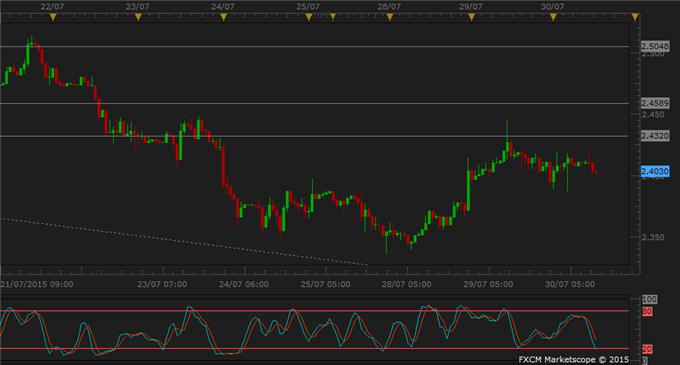 CRUDE OIL TECHNICAL ANALYSIS – WTI oil has found some stability in the new levels around 48.90 after an overnight surge. The current rebound from 47 area has not converted into an uptrend yet, although there are clear signals of an upward momentum. The oil bulls may exercise caution via tight stops and small long targets. 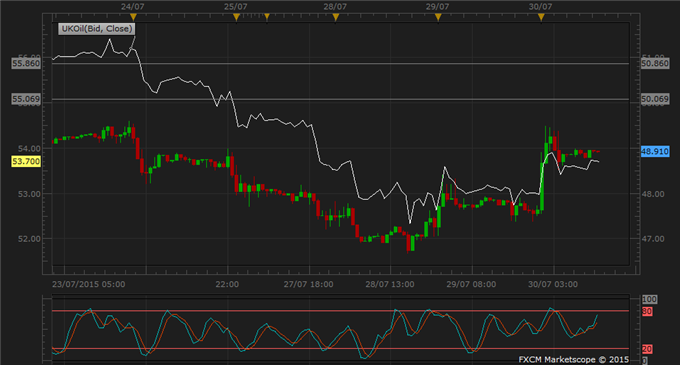