Gold has lost 0.25 percent by Asia’s noon and is eyeing this year’s low at 1142.5 after Federal Reserve Chair Janet Yellen re-affirmed that interest rate is on track to rise for the first time since 2006. A higher interest rate environment would hinder appetite for gold versus yield-bearing assets like bonds and equities. In her testimony to the US Congress, Yellen emphasised recent improvements in the economy despite turmoil overseas. The statement triggered a rally in US dollar which also put pressure on gold prices.

Meanwhile in Europe, Greek parliament voted in favour of creditors’ demands. The agreement is only pending parliamentary approvals from the other five European Union member countries, after French general assembly voted through. As a result, safe haven demand for gold has soften at least until German parliament meets on Friday for their vote. This positive progression also supports the case for higher US interest rate.

Crude Oil is rising today after last night’s drop, as market players assess data of a fall in US nationwide inventories despite a third week swell at the biggest US storage hub. The EIA’s weekly report also showed an emerging stockpile glut of refined products that may dampen demand for crude in due course. WTI prices remain range-bound with muted reaction to recent positive signals from Europe and China, while Brent edged up in recent days. Consequently, the spread between WTI and Brent oil prices have widen close to May’s level.

Copper is recovering in Asia trade after Greek parliament voted in favour of austerity plan. Prices dropped near this week’s low earlier as Comex released data showing copper stockpiles had been rising for the week ended June 14. While copper seems to have recovered from a six-year low last week on the back of consistent gains in Chinese stocks, weaker demand growth from China will likely weigh on copper prices.

GOLD TECHNICAL ANALYSIS – Gold continues the losing streak today after it descended close to this year low and support level at 1142.59 yesterday. A break of this support level would be a critical signal for ensuing sharp falls and may trigger new short positions or long-covering. The bulls had better keep their stops near there or around a lower support level at 1130.1. 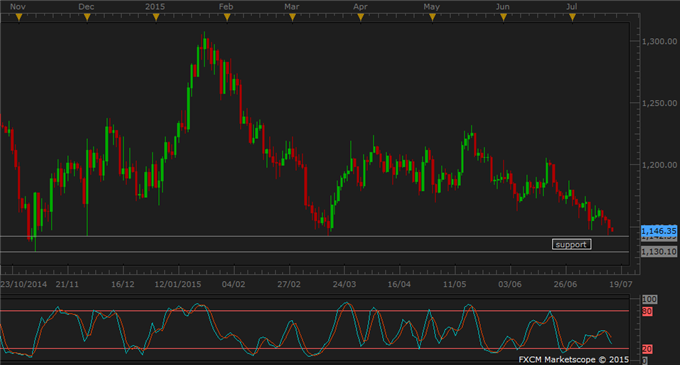 COPPER TECHNICAL ANALYSIS – Copper extended to the upper bound and resistance level at 2.5730 yesterday before it reversed towards the lower bound of range. Prices are heading to upside again by Asian noon time although a break of resistance is unlikely. Copper remains range-bound in the absence of new fundamental developments. 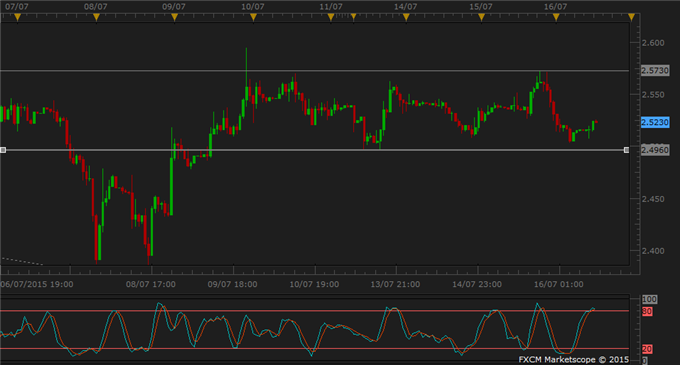 CRUDE OIL TECHNICAL ANALYSIS – WTI oil has been contained within a range since last week. Prices rose up to resistance level yesterday yet failed to break through and the same may be expected for today. A firm support level of 61.8% Fibo comes at 49.86 and holds strong below the lower bound of range. 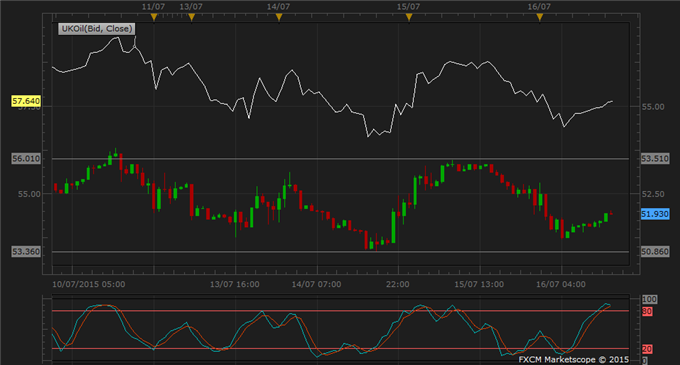