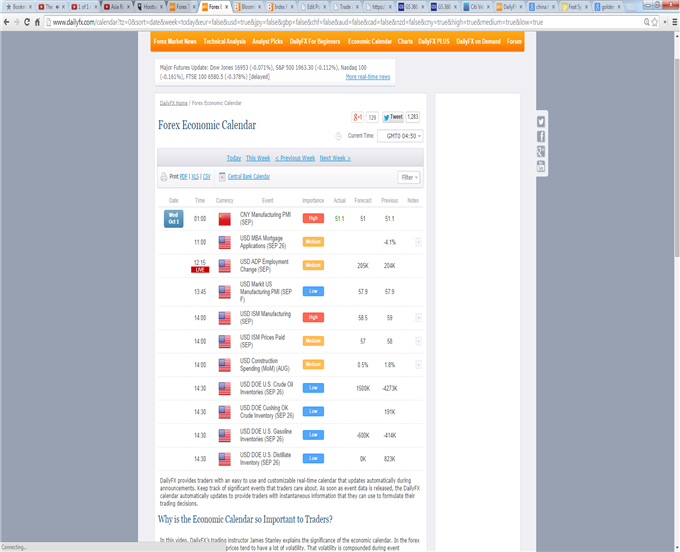 WTI is recovering some ground during early Asian trading today after being slammed by over 3 percent on Tuesday. A trio of negative cues compounded selling pressure on the growth-sensitive commodity. These included lingering supply glut concerns, disappointing US data as well as a failure to breach the $95.00 technical barrier.

The DOE’s Weekly Petroleum Status Report is set to cross wires over the session ahead. Recent releases by the government agency have been met with a lackluster reaction from WTI. This suggests it would take a significant drawdown in total stocks to dampen expectations for ample supplies and aid a rebound for crude. Yet with the rate of US production at a multi-decade high this may prove a challenging feat.

Meanwhile, the precious metals continue to wade through a sea of red during Asian hours today. Platinum is leading the pack (-1.42 percent) with the alternative asset plunging to its lowest level since 2009. Broad-based US Dollar strength presents a likely culprit behind the weakness that has plagued the metals. It would likely take a material negative surprise to upcoming US ISM figures to dent the overwhelmingly positive sentiment towards the greenback. Yet after 11 consecutive weekly advances for the USD index, the prospect of profit-taking should not be precluded.

Finally, copper has seemingly shrugged off a better-than-anticipated Official China PMI print released today. The next round of top-tier economic data from the Asian giant is not due for at least another week. Alongside ongoing protests in Hong Kong and the observance of the Golden Week holiday, Chinese copper demand concerns may be left to fester. This in turn could make a recovery for the base metal a difficult task.

Crude oil is at a critical juncture after being slapped back towards its 2014 low near 90.45. There are warning signs of a potential downside break of the barrier following the emergence of a Bearish Engulfing formation. A daily close underneath the nearby floor could pave the way for a descent on the 2013 low at 85.45.

Crude Oil: Awaiting Break After Being Slapped Back To Critical Support

Gold continues to endure a consolidation between the 1,208 and 1,222 congestion zone. Yet against the backdrop of broader downtrend a more convincing daily close below the 1,208 floor would open the next leg lower to the 2013 lows near 1,180.

Copper remains vulnerable to further weakness in light of its sustained short-term downtrend. A more convincing daily close below the 3.01 floor would set the scene for a descent on the 2.96 barrier.

Palladium has pushed past buying interest that was evident at the 61.8% Fib. near 780, which has left a Harami candlestick pattern lacking confirmation. Alongside a core downtrend a break of 765 would open the 76.4% Fib. near 748.

Palladium: Resumes Descent As Focus Shifts To Next Fib. Level

Platinum’s clearance of the 1,308 hurdle coupled with a core downtrend warns of further weakness for the precious metal. A close below the 1,285 floor would set the commodity up for its next leg lower to the late September 2009 low near 1,269.50.