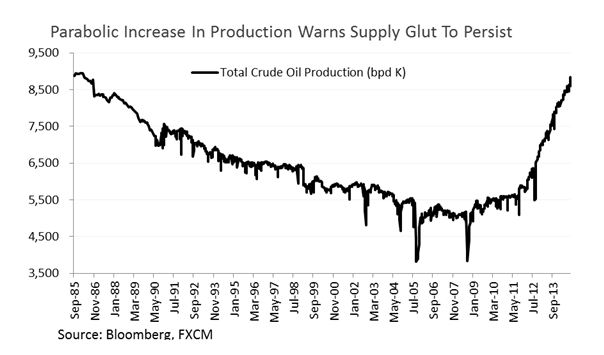 Gold and silver have stabilized near key technical levels in Asian trading today. This follows a dramatic tumble during Wednesday’s session after the US Federal Reserve released an upgraded set of rate projections that sparked broad-based US Dollargains. Gold plunged by 1.03 percent to its lowest level since January, while silver suffered by 1.26 percent.

Looking ahead; a light economic docket leaves a void of major catalysts for the precious metals’ pricing currency, the USD. Yet the general market current appears to flowing in favor of the greenback in recent trade as Fed policy expectations firm. The threshold to turn the tide against the reserve currency has been raised, which in turn leaves the precious metals in a precarious position heading into the end of the week.

Meanwhile, crude oil is giving back some of this week’s gains following the release of the Department of Energy’s Weekly Petroleum Status Report on Wednesday. The government agency revealed the first weekly rise in crude stocks in five weeks, which was contrary to the consensus estimate for another decline. Further, US production of the commodity rocketed to over 8.8 million barrels per day, the highest since 1986.

The parabolic increase in production without a commensurate pick-up in demand could keep concerns over a supply glut alive in the near-term. This in turn could make a sustained recovery for crude prices difficult. Nonetheless the potential for a consolidation or corrective bounce should not be neglected given the magnitude of declines over recent months, which could prompt profit-taking on shorts.

Also in the energy space; natural gas may be set for another volatile session on the back of upcoming storage data. Another injection figure well-above the five year average will likely bolster anticipation over an abundance of supply for the looming US winter. Such an outcome could dash hopes for a “breakout” above the psychologically-significant $4.00 handle. 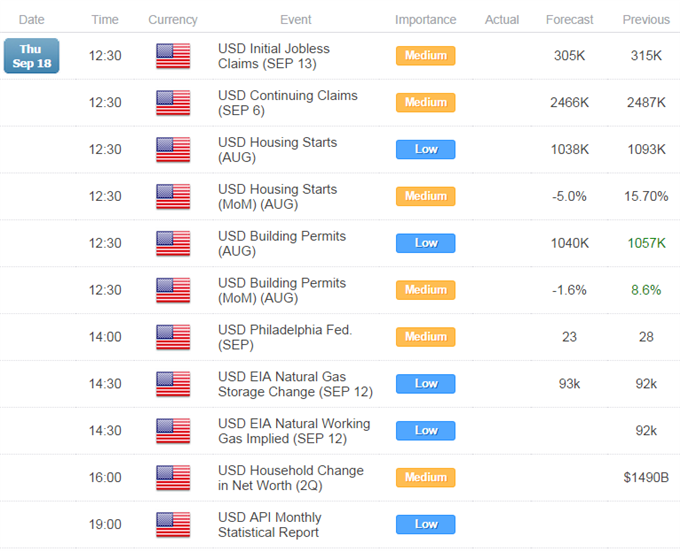 Crude is retesting its descending trendline, which if respected would suggest sentiment may be shifting to the upside for the commodity. This follows a Hammer formation that offered a reversal signal near 91.20. While a Harami offers a warning that the bulls may already be losing their grip, it awaits confirmation from a successive down day.

Gold has managed to regain its footing near the 1,222 mark yet remains confined within a broader downtrend. A daily close below the nearby barrier would open the door to a knock on the 2013 low near 1,180. Whereas, a corrective bounce would likely see selling pressure renewed at the 1,241 ceiling, which would be seen as a fresh opportunity to enter new short positions.

Silver remains at a critical juncture as the precious metal clings to buying support at the 18.50 mark. Within the context of a downtrend on the daily a downside break is preferred before entering new short positions. A climb over the 19.00 handle would be required to warn of a small base and indicate the potential for a more sustained recovery.

Copper remains capped below its descending trendline on the daily despite a brief venture through the barrier in intraday trade. As a triangle formation takes shape the juice available to squeeze within the narrowing tip appears limited. This suggests an eventual breakout may be a more prudent approach to playing the base metal. A daily close below the nearby floor at 3.08 would open a run on the 3.01 mark.

Palladium has resumed its descent after failing to crack the 845 ceiling in recent trade. While some small buying interest may emerge on a retest of 820 an eventual break would be viewed as an opportunity for new short entries. This in turn would cast the spotlight on the 805 floor.

Platinum’s woes have worsened in recent trade following the precious metal’s slide below the 1,360 floor. Against the backdrop of a core downtrend this opens the next leg lower to the commodity’s 2013 lows at 1,314.