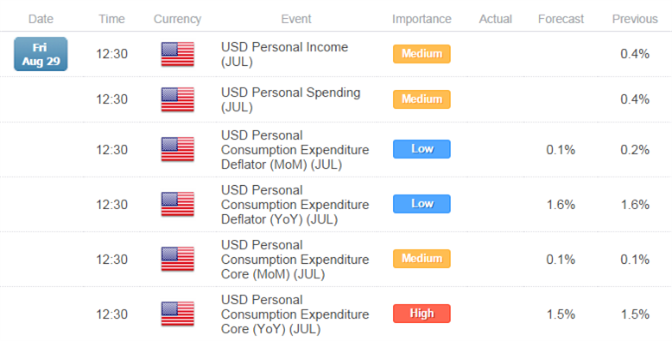 Crude oil continues to edge cautiously higher following a bumper round of economic data from the US on Thursday. Meanwhile, rising tensions in Eastern Europe have failed to lift the Brent benchmark. This suggests traders are pricing in a low probability that Russia will turn off the taps as the turmoil intensifies. At this stage it would likely take a more material escalation that elicits a physical international response to build Russian oil supply disruption fears.

Even in the absence of bullish fundamental cues the prospect of a corrective bounce should not be discounted. The pace and magnitude of Brent’s decline over the past several weeks may prompt traders into profit-taking on short positions. Yet, the potential for a more sustained recovery without the fundamental drive is questionable.

Gold and silver have been the greatest beneficiaries of the latest developments in Ukraine. Safe-haven demand for the alternative assets is generally bolstered during periods of heightened geopolitical tensions. However, traders should be mindful of the potential for fear-driven positioning to be quickly unwound if concerns begin to fade.

On the US Dollar side of the equation, upcoming US PCE data may offer the reserve currency some guidance. Fed policy makers have recently noted the risks to inflation have diminished, yet have not signaled strong concerns about the potential for an acceleration. This suggests it would likely take a significant upside surprise to the inflation reading to shift policy bets and bolster the greenback. Whereas a near-consensus outcome could leave it lacking fuel and could keep gold elevated.

Crude’s recovery remains seen as corrective at this stage. Against the backdrop of a core downtrend, selling into bounces is preferred. A retest of the psychologically-significant 95.00 barrier would be seen as a fresh opportunity for new short positions. While a climb over the ceiling and clearance of the descending trendline would be required to shift the technical bias to the upside.

Gold continues its recovery following a break above the 1,280 barrier on the back of an Inverted Hammer formation. Confirmation of the bullish reversal signal from an ensuing up day suggests a potential run on the recent highs near 1,322. However, traders should be mindful that the ATR remains at multi-month lows which generally coincides with a more range-bound market.

Silver’s recovery warns of a small base for the commodity following clearance of the 19.45 mark and leap over the descending trendline on the daily. Further gains are likely to encounter sellers sitting at the 19.75 barrier.

Silver: Warning Of A Small Base As Recovery Continues

A sharp correction for Copper has yielded a Bearish Engulfing formation that may warn of further weakness. This could set the commodity up for a retest of its recent lows near the 3.08 floor. However, a clean run towards the target may prove difficult given the commodity’s recent tendency to whipsaw in intraday trade.

As suggested in recent commodity’s reports palladium was set to retest the psychologically-significant 900 ceiling. The barrier may prompt some hesitation from traders. Yet a void of bearish candlestick signals casts some doubt on the potential for a correction. With the core uptrend intact an upside break would open the 1,000 figure. A daily close below the ascending trend channel would be required to warn of a small top.

Platinum has managed to regain its footing at the 1,412 floor as buying interest is renewed. However, the potential for a sustained recovery may be limited while signs of a downtrend remain intact. A climb above the descending trendline would be required to suggest a shift in sentiment and suggest a base.