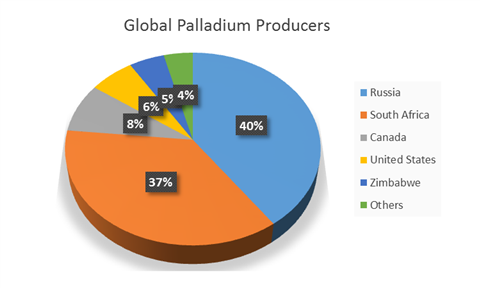 WTI is edging higher in late Asian trading with the commodity potentially set for a volatility on the back of US inventories data due on Wednesday. Meanwhile, the precious metals could come under further pressure as geopolitical tensions prove insufficient to yield a shift in market sentiment.

Gold and silver continue to drift lower during the Asian session as elevated geopolitical tensions fail to bolster safe-haven demand for the precious metals. At this stage the developments in Ukraine and Gaza don’t appear to hold the requisite ‘fear factor’ to yield a broad shift in sentiment. This places gold and silver in a precarious position as traders may be tempted to unwind fear-driven positioning in the alternative assets.

Palladium may stand to suffer the most amongst its precious metals siblings, given its heightened sensitivity to developments in Eastern Europe. Fears over supply disruptions from Russia (the world’s largest producer of the commodity), had likely offered some support to the commodity earlier in the week. However, with export sanctions from the West unlikely at this point, palladium may be left vulnerable to a correction. The commodity has managed to pare earlier losses in Asian trading today after plunging by more than 1 percent.

Crude Turning The Page On A New Chapter

WTI traders are eagerly awaiting the release of US inventories data on Wednesday. The Weekly Petroleum Status Report from the Department of Energy is tipped to reveal a fourth consecutive decline in total crude inventories (median estimate: -2.8 million barrels). A bullish inventories report may stand to offset some of the pressure that the commodity has faced this week on the back of easing Russian supply disruption fears.

The supply and demand story for US oil looks to be turning the page on a new chapter as a pickup in refinery utilization stands to absorb a glut in total inventories. Expectations for a robust US economic recovery is the critical component required to give the narrative some weight. If incoming data from the world’s largest consumer of the commodity points to the potential for healthy demand, it could keep WTI elevated. However, with crude production at its highest rate since 1988 there remains a risk that the flood of fresh supply could limit the potential for upside gains. 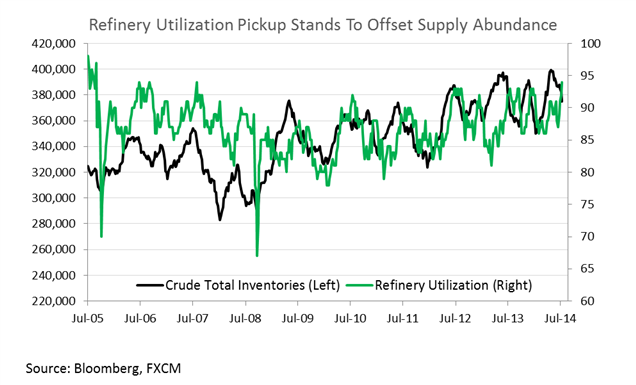 The risk remains to the downside for crude following a failure to push back above the 23.6% Fib Level at 103.76. The short-term downtrend as signaled by the 20 SMA is intact, which puts the immediate focus on the 101.36 mark.

Silver has failed to hold above the critical 21.10 mark suggesting the bears are unprepared to relinquish their grip on prices at this stage. A break back below 20.83 (23.6% Fib) would be required to shift the immediate risk to the downside.

Copper’s recent retracement is seen as an opportunity to enter new short positions, given bearish technical signals remain for the commodity. The break below the ascending trend channel and push below the 20 SMA favor a retest of the 3.19 mark. A daily close above 3.23 would invalidate a bearish bias.

Playing palladium’s uptrend remains preferred with the prospect of a run on the psychologically-significant 900 handle over the near-term still looking likely. The drop below 875 is likely to find some support at 861, which may offer a fresh opportunity for new long positions.