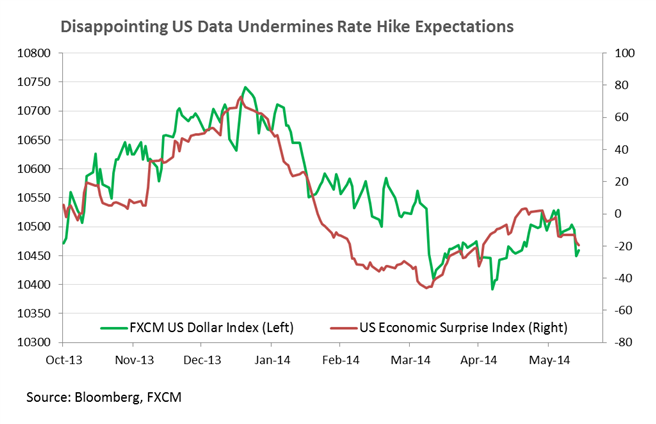 A light economic docket over the session ahead suggests the commodities space may continue to take guidance from broader sentiment, which is being heavily influenced by escalating tensions in the Middle East. The intensifying conflict in Iraq could keep crude oil prices elevated as traders speculate over potential supply disruptions, while the heightened geopolitical uncertainty could push gold and silver higher on safe-haven demand.

Recent reports suggest upwards of 270 rebel militia have been killed in Iraq as the army fights back following an uprising in the country’s North. Speculation over future disruptions to the country’s oil production sent WTI soaring by more than 4 percent last week, the largest percentage gain since April 2013.

Iraqi crude oil production comprises roughly 11 percent of total supplies from OPEC, which in turn accounts for 40 percent of global supply of the commodity. Thus a further escalation in the region poses a significant threat to the supply of crude, and could push benchmarks like Brent and WTI higher.

Gold and silver may also stand to strengthen further as geopolitical uncertainty sends traders flocking to the perceived safety of the precious metals. Outside of the Middle East, the shooting down of a transport plane in Ukraine over the last week serves as the deadliest attack yet in the ongoing crisis, suggesting a resolution to the stand-off in the country’s East remains distant.

As noted in recent reports gold and silver both generally benefit during periods of civil unrest, and may stand to strengthen further if Ukrainian turmoil and conflict in the Middle east continue. However ultimately, geopolitical uncertainty is often only a short-term source of support predicated on fear-driven positioning by traders.

Gold and silver will also likely find some guidance from the direction of the US Dollar over the remainder of the week. A void of major economic data leaves the FOMC rate decision as the headline event on the calendar. The post-meeting press conference with Fed Chair Janet Yellen has the potential to yield some market-moving comments as witnessed in March.

While widely anticipated to continue tapering their asset purchase program, patchy US economic data may prompt a cautious stance from Fed officials on the prospect of future rate hikes, which would in turn likely leave the US Dollar uninspired. In the absence of a hawkish tone from FOMC members, the greenback’s slumber could afford gold and silver some further room to recover. 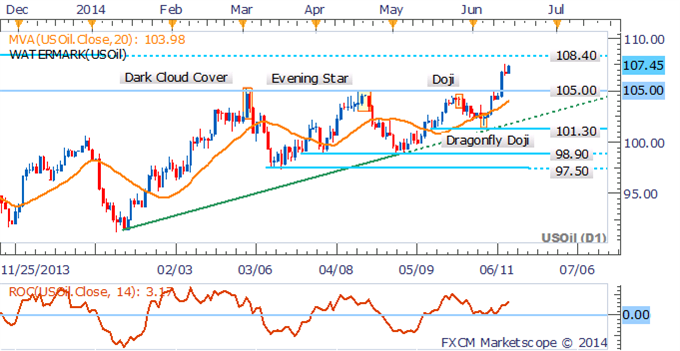 Gold has catapulted above noteworthy resistance at 1,276 (23.6% Fib Level), which opens the door to a run on the psychologically-significant 1,300 handle. A bullish technical bias is further afforded by the emergence of an uptrend on the daily suggested by the 20 SMA and Rate of Change indicator. 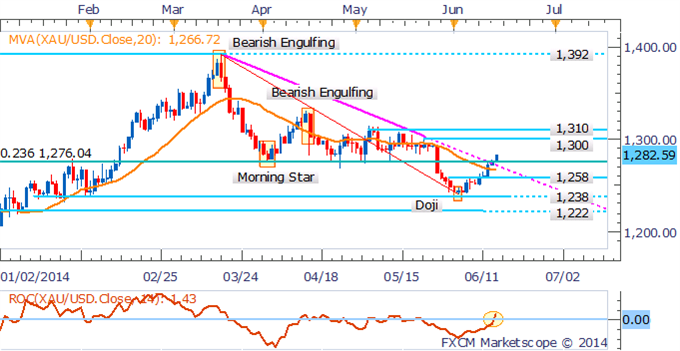 As noted in recent commodities reports, silver was set for a run on the $20.00 handle following a breakout above the descending trendline from its 2014 high. Further gains are supported by a push into positive territory from the Rate of Change indicator, signaling building upside momentum. 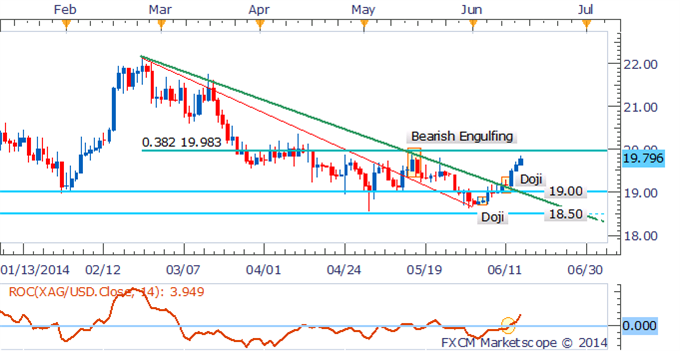 The copper bears have taken a breather after failing to crack the $3.00 handle in recent trading. While the commodity has recovered some ground, at this stage the downtrend remains intact, as suggested by the 20 SMA and Rate of Change indicator. This suggests a bounce back to resistance at $3.10 could afford new short entries. 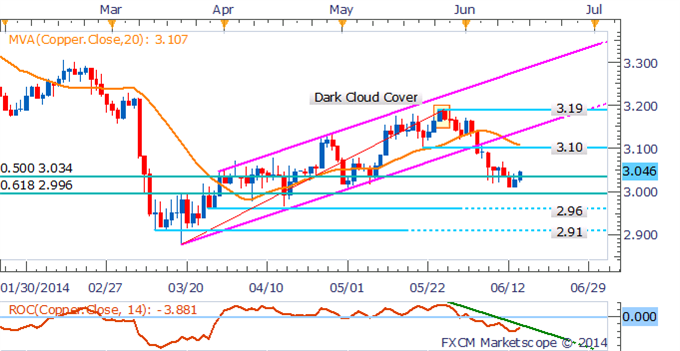 Palladium’s recent plunge has ended the commodity’s uptrend that had persisted since early February. The break below the ascending trend channel and support at 836 suggests the potential for further weakness. Below the 23.6% Fib Retracement Levelat 822, the 793 mark may prompt some buyers to emerge.

Palladium: End of The Uptrend Suggests Further Weakness Ahead Platinum has found some buying support shy of the range-bottom at 1,424. A bullish reversal candlestick pattern would help confirm a reversal which would suggest a run back towards the 2014 high near 1,489. 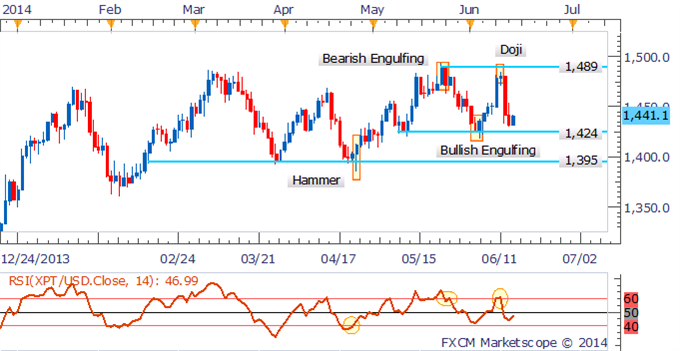