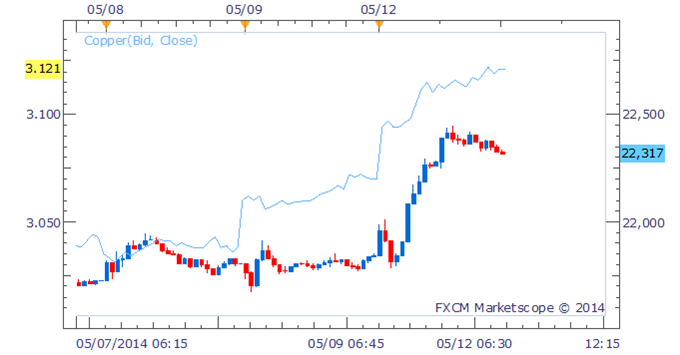 Copper prices soared during Asian trading today with newswires suggesting speculation over Chinese capital market reforms as the likely driver. The base metals may be in store for further volatility in the coming 24 hours with noteworthy economic data out of China on tap. Meanwhile, gold and silver have reversed earlier losses following tests of key support levels. Heading into the European session a light economic docket may leave the precious metals vulnerable to ebbing geopolitical concerns.

Base Metals Set For Volatility On China Data

Speculation over the loosening of restrictions on capital flows into China has likely bolstered copper prices and Chinese equities during Asian trading. As is often the case with news-flow from the region, details of the potential reforms are scarce at this stage. However new measures aimed at opening up the Chinese economy to foreign investment may help strengthen economic growth in the Asian giant, which in turn would bode well for demand for base metals like copper.

The chart below highlights the intraday price action for copper and the Hang Seng, which had posted a gain just over 2 percent as of 07:50 GMT.

A raft of second-tier Chinese economic data is likely to stir further volatility for the base metals over the next 24 hours. Chinese Retail sales figures will be of particular note given the gauge of consumer spending in the economy is resting at the lowest level since 2011. A downside surprise would likely add to concerns over a slowdown in economic growth in the Tiger economy, which in turn could weigh on copper.

With few potential fundamental catalysts to sway the direction of the US Dollar in the session ahead, gold and silver may continue to be influenced by geopolitical risks. As has been argued in recent commodities reports, the absence of an escalation in Eastern Europe may leave gold vulnerable to declines as traders unwind fear-driven positioning. The outlook for gold over the remainder of the week is covered in the weekly forecast here.

Crude Oil: Waiting For Break Below $100 For New Shorts 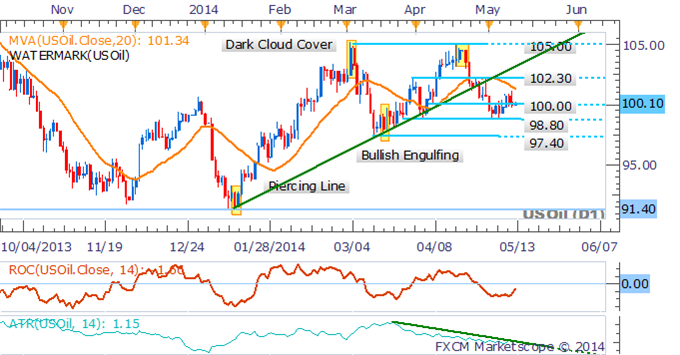 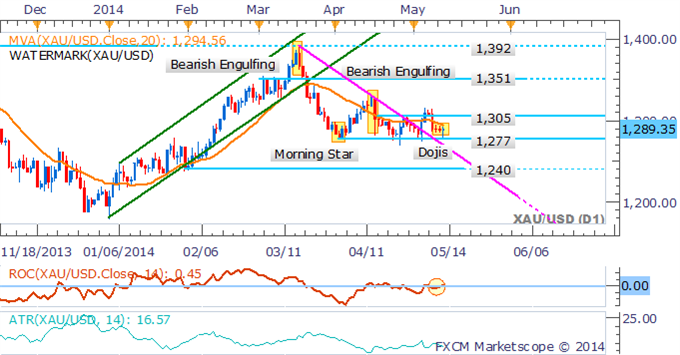 A Doji on the daily chart for silver denotes trader indecision near the all-important $19.00 handle. While the downtrend remains intact (signaled by the 20 SMA), new shorts would be better-served on a retracement back to resistance ($19.40) or break below $19.00. Low levels of volatility suggested by the ATR alongside fading downside momentum also hint at a more range-bound market environment for the precious metal. 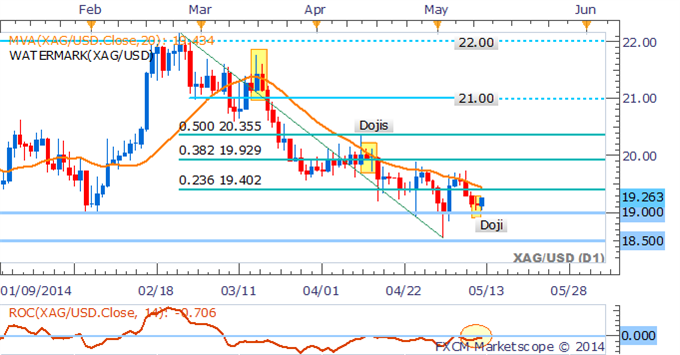 Copper has vaulted above its descending trendline from the 2014 high and cleared a notable resistance level at $3.085. With building upside momentum as suggested by the rate of change indicator and prices above the 20 SMA a bullish technical bias is offered. 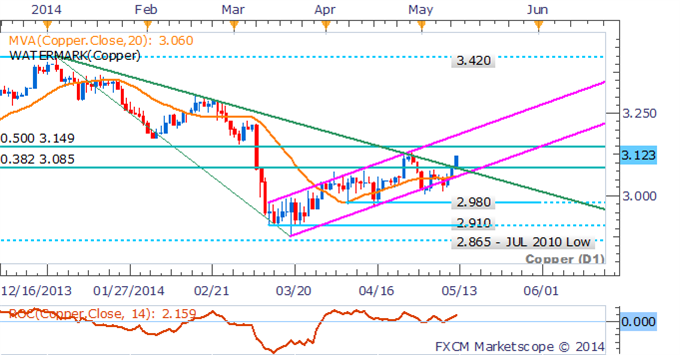 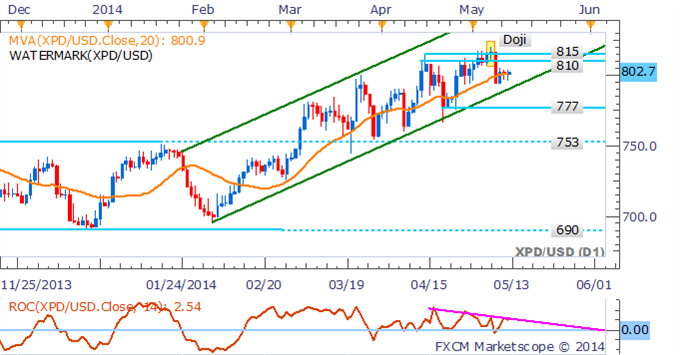 The formation of an Evening Star pattern near trendline resistance warns of a further pullback for platinum. A daily close below nearby support at $1,427 would be seen as an opportunity to enter new sell trades. A potential target is presented by the notable support level at $1,392. 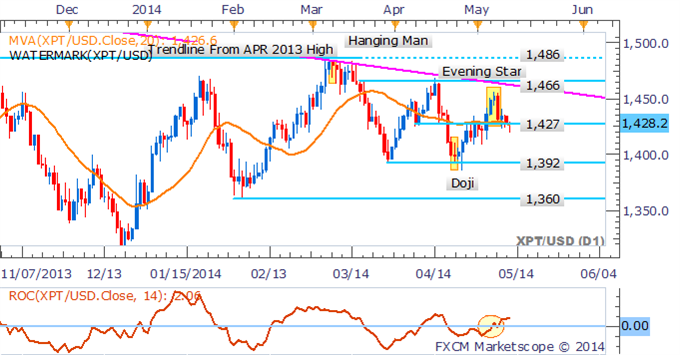