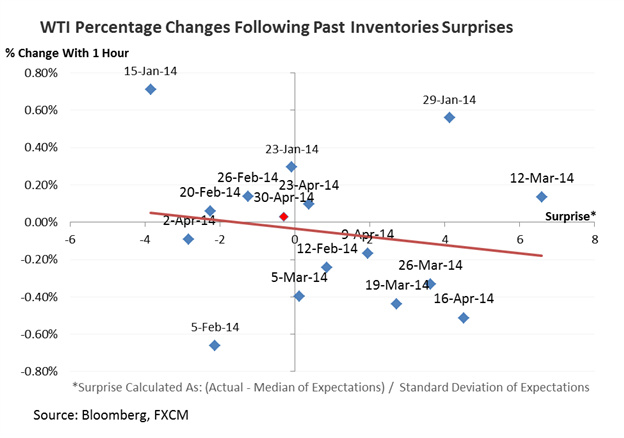 WTI Vulnerable To Rise In Inventories, Gold Turns To Yellen For Support

Crude oil is teasing at a break above a key technical level at $100 a barrel ahead of the DOE Inventories Report set to cross the wires during the US session. Meanwhile, the precious metals are clinging onto recent gains with upcoming testimony from Fed Chair Janet Yellen to offer some guidance via the potential impact on the US Dollar.

WTI traders continue to monitor several themes in the US oil market, one of which is the glut in inventories, which may partly explain some of the recent weakness for crude. This puts the Weekly Petroleum Status Report from the DOE in the spotlight, which is set to cross the wires in the coming hours. Crude inventories are tipped to have risen by a further 1,250K barrels according to the median estimate from economists (see economic calendar). While a higher-than-anticipated rise in stockpiles may be taken as a bearish signal, the reaction to upside surprises is not always clear-cut. The scatter plot below illustrates the percentage changes from WTI within 1 hour of the release of the inventories figures.

Lackluster Response From Gold Prices To US Dollar Plunge

Despite the US Dollar Index posting its biggest one day decline in a month gold and silver have realised only modest gains. One of the potential reasons for the uninspiring reaction from the precious metals could lie with traders unwinding fear-driven positioning as the latest Ukrainian developments fail to bolster safe-haven demand.

The ongoing turmoil in Eastern Europe has offered an additional driver for gold prices recently which may help explain the deterioration in the correlation between gold and the US Dollar. The chart below illustrates that the 20 day correlation between the two is at the weakest level since late January. 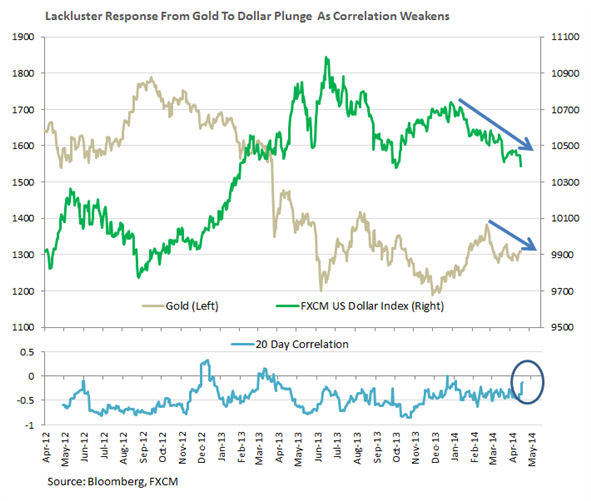 However, we’re yet to see a complete “break-up” between the precious metals and the greenback and as traders begin to look past Eastern Europe, the correlation would likely strengthen. This creates some potential for Fed Chief Janet Yellen’s upcoming testimonystir some volatility for the US Dollar and gold. A timid stance from Dr. Yellen on the prospect of future rate hikes from the Federal Reserve could leave the US dollar to continue its slide, which in turn may leave gold well-supported above the $1,300 handle. 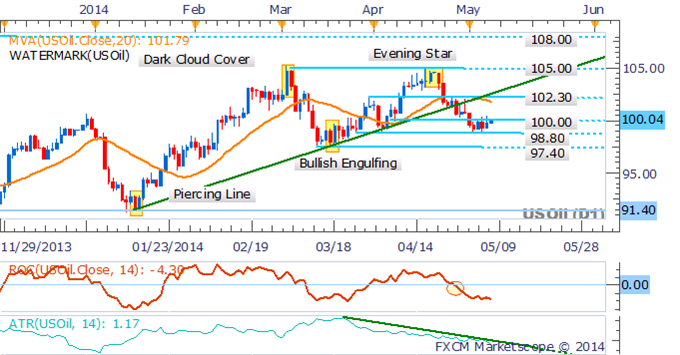 Gold has bounced off key support at $1,277 which has acted to negate several prior bearish technical signals. The daily close above resistance at $1,305 following a Bullish Engulfing candlestick pattern suggests the potential for a continued recovery towards the next definitive level at $1,333 (the 50% Fib Retracement Level).

Gold: Prices Hovering Near Support At $1,305 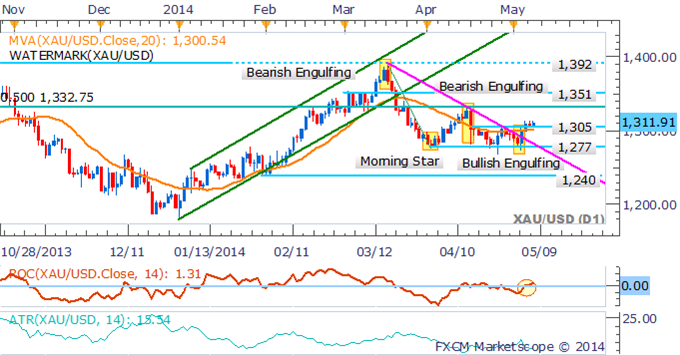 Friday’s bounce off the all-important $19.00 support level has prompted the emergence of a Morning Star candlestick formation, which hints at a further recovery following its confirmation from a successive up-day. There are also signs an uptrend may be emerging for the precious metal with prices pushing above the 20SMA in recent trading and a cross into positive territory from the rate of change indicator. 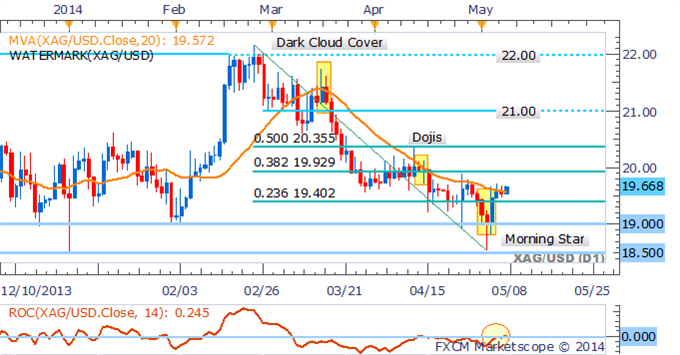 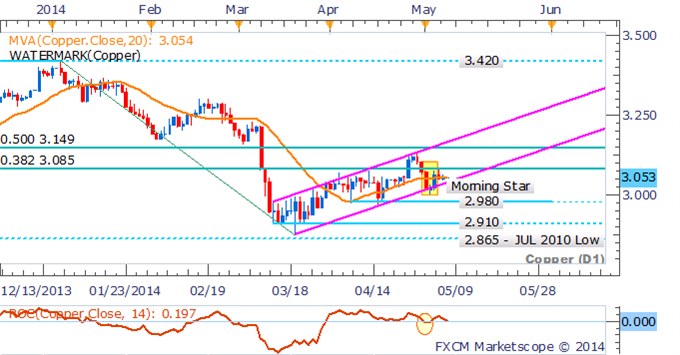 Palladium remains in an upward trend channel following the original breakout above the range-top at $753. However, the 2014 highs near $810/5 continue to cap gains for the precious metal as the rate of change indicator warns of fading upside momentum. A daily close above $810/5 would offer an extended advance to the August 2011 high at $847. 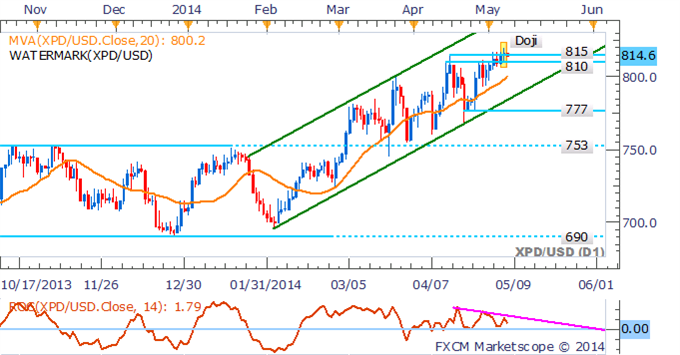 Platinum may be targeting its multi-month range-top near $1,486 following a push above resistance at $1,427 in recent trading. Momentum has also turned positive signaled by a tick into positive territory from the rate of change indicator, which further supports a bullish technical bias.

Platinum: Pushes Past Resistance At $1,427 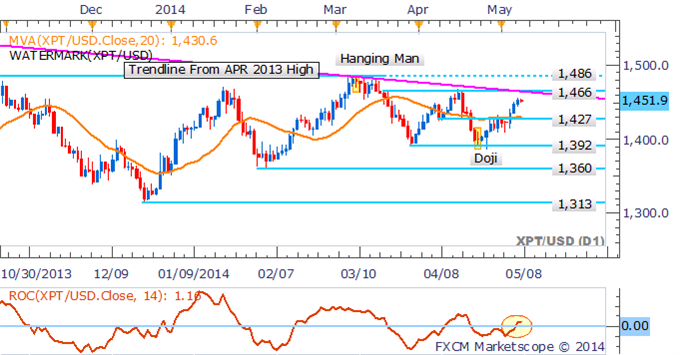