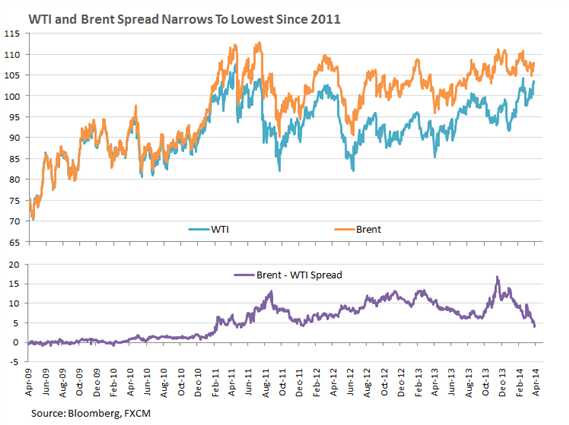 Crude Oil Retreats To $103, Gold At A Crossroads Ahead of US Data

Crude oil is retreating from its highest level in more than a month while the precious metals continue to tease at an upside breakout above key resistance. The undercurrent of risk-appetite is likely to hold some significance for the commodities space in the session ahead, which follows on from a steep selloff in US equities. A more material deterioration in investor risk sentiment would likely bode ill for the growth-sensitive commodities like oil and copper. This may arise on a disappointing US consumer confidence reading in the session ahead, while a raft of Chinese economic data will be on the radar for next week.

Broad-based risk aversion is weighing on WTI during the Asian session after the commodity traded at the highest level in more than 5 weeks during intraday trade yesterday. A fundamental spark for the declines is seeminly absent, however as noted previously, near-record levels for US equity benchmarks admist disappointing economic data has left general risk-appetite vulnerable to souring.

Brent oil is also giving back recent gains as newswires report that supply disruptions in Libya are set to ease, which would boost output from the OPEC member. Brent’s premium to WTI has fallen further with the spread between the two benchmarks for crude oil dropping to the lowest level since 2011.

The precious metals are struggling to push higher as the US Dollar stages a small recovery following several steep sessions of declines earlier in the week. A dovish lean from the FOMC in their March Meeting Minutes released on Thursday sent the reserve currency tumbling, putting it on track for the biggest weekly decline since October 2013.

Until we get the next leg lower for the USD, gold and silver may continue to struggle. Disappointing US economic data has weighed on the currency recently and thus a miss from the upcoming University of Michigan consumer confidence figures may invigorate the USD bears. It should also be noted that if the recent risk-aversion snowballs into a collapse in investor confidence, the greenback would likely strengthen based on safe-haven demand. This leaves gold and silver at a critical juncture in the session ahead. 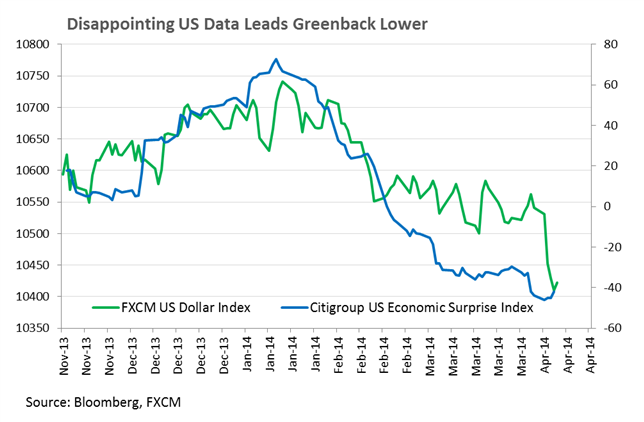 A string of top-tier Chinese economic releases headlines the calendar next week. Recent data from the world’s second largest economy has been disappointing on balance over the past month and has added to concerns over a potential slowdown in economic growth. The first quarter GDP figures will be front and center, with economist’s tipping the lowest year-on-year growth reading since 2009. A downside surprise would not only bode ill for copper and crude oil due to implications for Chinese demand, but also likely weigh on risk-sentiment which could have greater ramifications for the commodities space.

Crude oil prices have broken above the triangle formation on the daily, which helps offer a bullish technical bias for the commodity. A push above resistance at the 102.30 mark may help WTI extend its recent gains towards its 2014 high near 105.00. However, the ATR continues to reflect low levels of volatility for the commodity, which generally does not favor trading breakouts. Also noteworthy is a Doji candlestick near 103.60 which suggests some hesitation amongst the bulls. 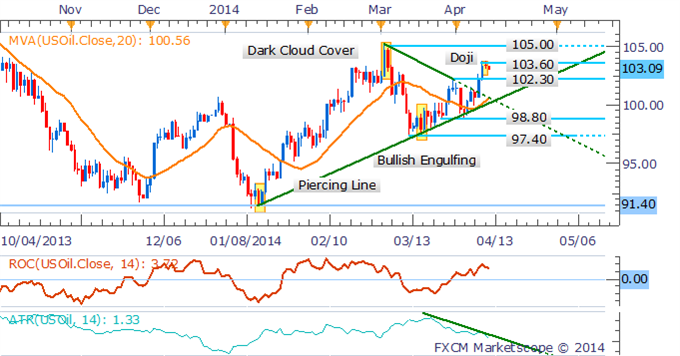 Gold is shifting towards a short-term uptrend on the daily as signaled by prices edging above the 20 SMA and a move into positive territory on the Rate of Change indicator. The bounce in the gold price was foreshadowed by the Morning Star formation that arose near key support at $1,277. In light of the bullish technical signals for the commodity a break above the $1,320 handle would favor longs with a target offered by the next noteworthy resistance at $1,351.

Gold: Teasing At An Upside Breakout 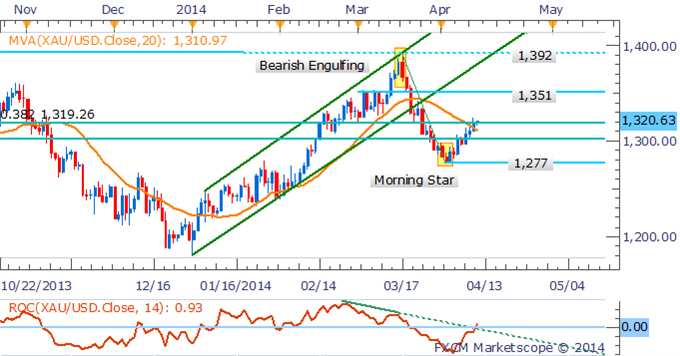 Silver continues to keep traders in suspense with prices hugging the $20.00 handle. The recent consolidation suggests the short-term downtrend may be set to shift, which is reinforced by the rate of change indicator revealing waning downside momentum. The potential for an upside break above $20.00 makes new short positions look less attractive. 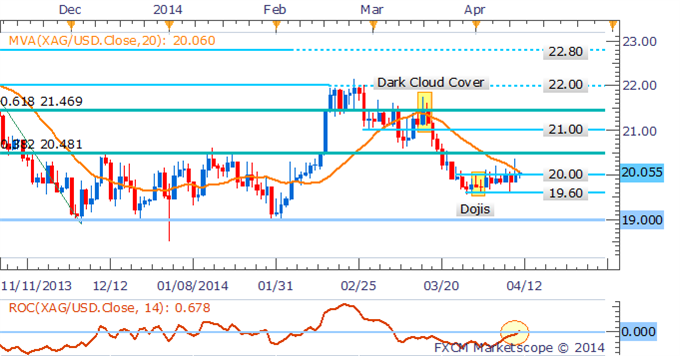 The uptrend for copper is already showing signs of capitulation as the commodity struggles above the critical $3.00 handle. A Hanging Man pattern on the daily offers a bearish reversal signal which is warning of a potential correction. This precludes new long positions at this stage. 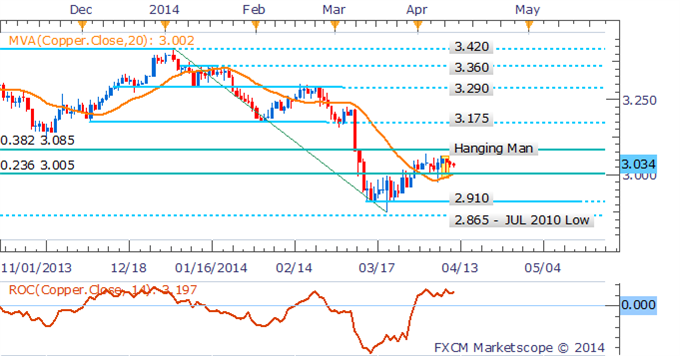