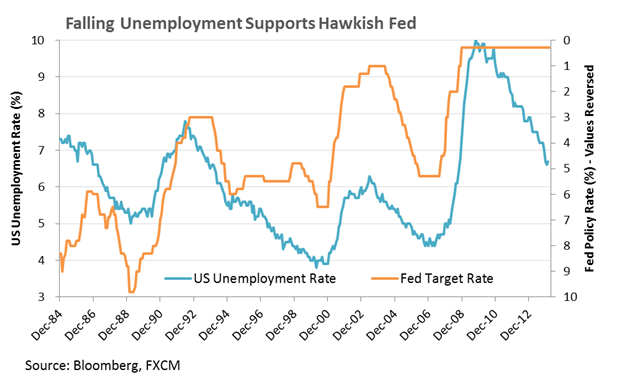 Gold and silver are poised for breakouts on the back of the upcoming US payrolls data as traders shift out of the precious metals in recent trading. Meanwhile, crude oil has recovered back above the $100 a barrel mark despite a disappointing set of US economic figures released overnight.

Finger On The Trigger

The precious metals are facing a potentially volatile session ahead as traders keep their finger on the trigger ahead the March NFP report due shortly (details on the economic calendar here). Gold gave back some earlier gains in trading overnight, likely reflecting some repositioning in the lead up to the key piece of event risk.

A jobs added figure above the 200K currently anticipated by economists would likely spark US Dollar strength, which in turn would weigh on gold and silver. Similarly a drop in the unemployment rate below the 6.6% expected could exacerbate the extent of any declines. This is based on the idea that continued improvements in the US labour market support a more hawkish Federal Reserve which is broadly USD-positive.

While we await the critical US jobs report with baited breath, casting our eyes beyond the event, what may lie ahead for the commodities space next week? A look at the economic calendar reveals a relatively light US docket, which prompts a consideration of whether investor sentiment may be vulnerable to souring in the absence of positive data flow.

This is of particular concern given that the S&P500, which acts as a gauge of risk-appetite, edged out a fresh record high this week. Without a fundamental catalyst to spur on further gains, investors may be tempted to book profits, which could spillover into the commoditities space. This would leave crude oil potentially exposed to declines given the risk-sensitive character of WTI.

Copper Traders Look to The East

Meanwhile, copper traders should have next week’s Chinese trade balance data on their radar. The surprise drop in the country’s export growth figures last month to the lowest reading since 2009 sparked a dramatic sell-off in the base metal. While the commodity has since recovered some ground, the potential for another downside surprise may leave copper to struggle ahead of the release. 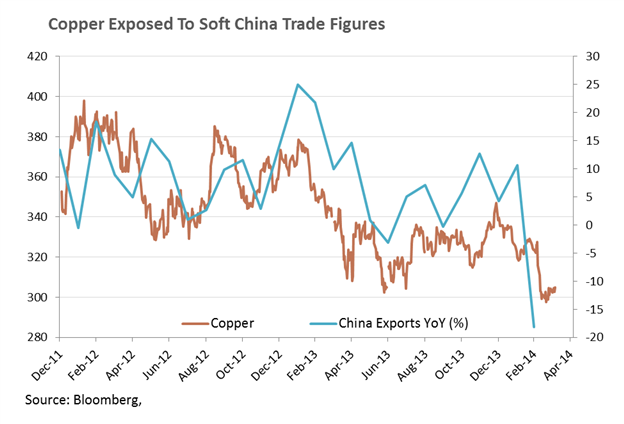 The recent decline in volatility for crude oil (reflected by the ATR) suggests less of a trending environment for the commodity as prices continue to swing around the $100 handle. This makes indications of an uptrend (offered by the SMA and ROC) less reliable. With a range potentially forming, look for buyers to step in at $98.80, while sellers may keep prices contained around the $102.19 mark (61.8% Fib Retracement level). 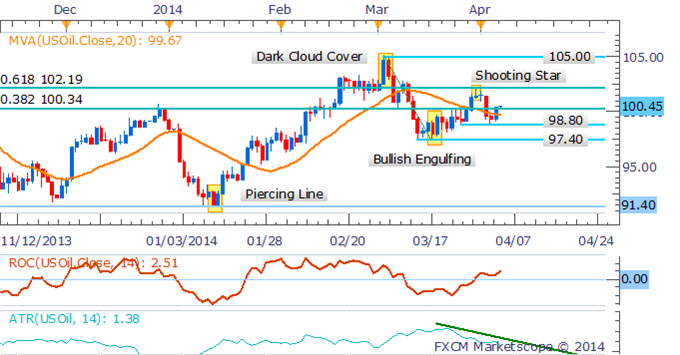 A bearish technical bias for gold is retained given the short-term downtrend remains intact alongside several breaks below important support levels. A retracement to the psychologically-significant level at $1,300 would be seen as an opportunity to enter new short positions. Meanwhile, a break back below $1,285 would open up the recent lows at $1,277. 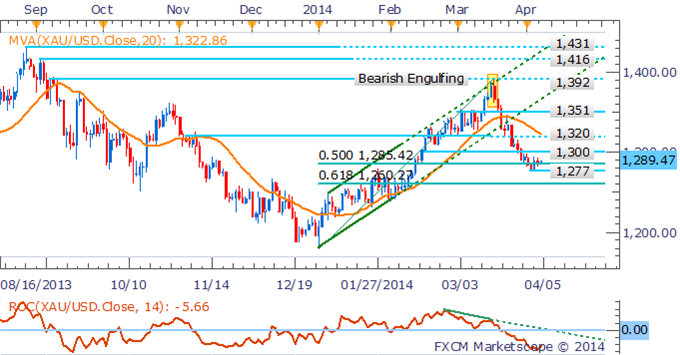 Silver remains in a short-term downtrend as signaled by prices holding below their 20 SMA. However, the rate of change indicator is beginning to reflect waning downside momentum. Additionally, several Doji candlestick patterns near 19.60 are a signal of hesitation amongst the bears which suggests the potential for a short-term bounce. Given the notable selling pressure at the 20.00 handle, a correction higher would be seen as a new opportunity to enter short positions, with a target offered by the 19.00 mark. 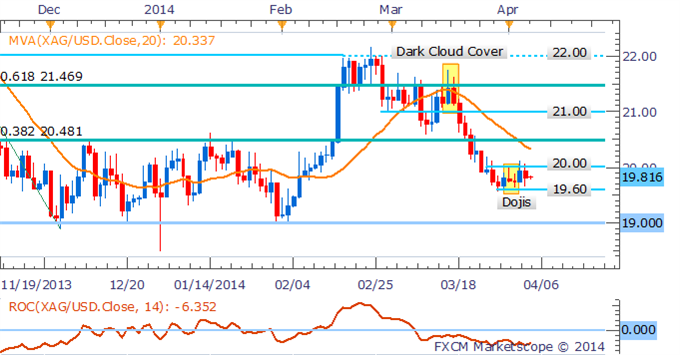 The short-term trend for copper has shifted to the upside as signaled by the 20 SMA and rate of change indicator. However, a Gravestone Doji suggests some hesitation amongst the bulls following a run at the $3.085 mark in recent trading. A correction back towards key support at $3.00 would be seen as an opportunity to enter new long positions. 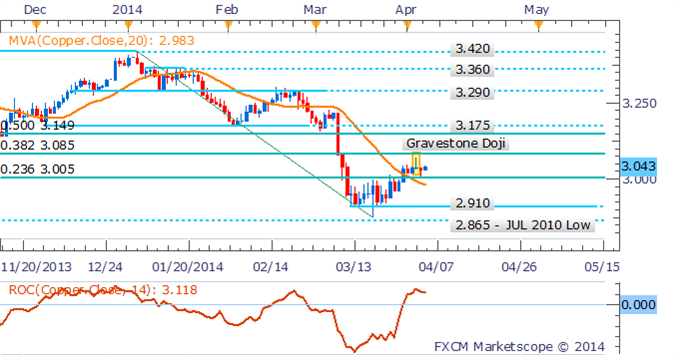