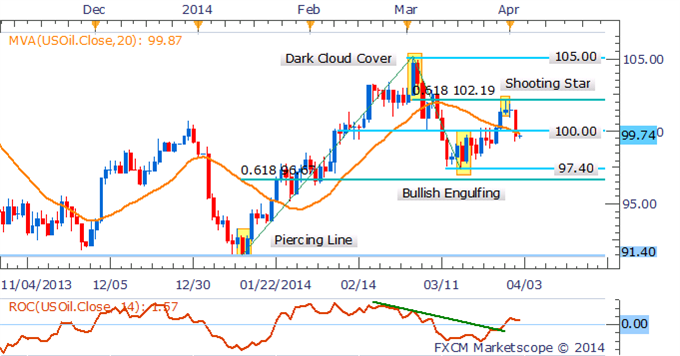 Gold Vulnerable Near $1,285 Ahead of US ADP and Factory Orders Figures

Crude Oil has plunged below the critical $100 a barrel handle in US trading overnight following a disappointing US manufacturing reading which accelerated earlier declines. Meanwhile, a continued drive towards yield-plays reflected by fresh record highs for the S&P 500 likely lead traders away from gold, sending the precious metal below the $1,285 mark. Upcoming US ADP figures, Factory Orders data and the DOE InventoriesReport may spell further volatility in the commodities space during the session ahead.

Commodities Look To US Data For Cues

The upcoming ADP jobs report will likely be on traders’ radars given its offering of an interim gauge of US labour market strength ahead of the critical NFP reading on Friday. Continued improvements in the domestic employment numbers would likely bolster expectations for a more hawkish Federal Reserve. The prospect of a prompt increase in borrowing costs by the US central bank, following the end of their Quantitative Easing program, may help the US Dollar gain traction, which may weigh on gold and silver prices.

While considered a second-tier economic event, a positive reading from the upcoming US Factory Orders figures may bolster investor optimism about the recovery underway in the world’s largest economy. An improvement in risk-appetite alongside ebbing geopolitical tensions would likely put further pressure on the precious metals.

Meanwhile, the DOE’s Petroleum Status Report is tipped to reflect the the 11th consecutive weekly increase in crude oil inventories. A larger-than-anticipated build would likely reflect a scenario where supply continues to outstrip demand for the commodity, which in turn may lead WTI to extend its recent declines.

Seasonality In The Commodities Space

Crude oil and gold are off to a rough start to the month, which prompts us to examine how the commodities space has performed historically during the month of April. Seasonality analysis that shows the average monthly percentage change for each commodity from 2003 to 2013 has been included alongside the usual technical analysis below (major currency pairs available here).

CRUDE OIL TECHNICAL ANALYSIS – A Shooting Star candlestick formation on the daily has prompted a quick about-face for crude oil and may be warning of further declines for the commodity. The drop back below the psychologically-significant $100 handle opens up a potential test of the next level of support at $97.40. 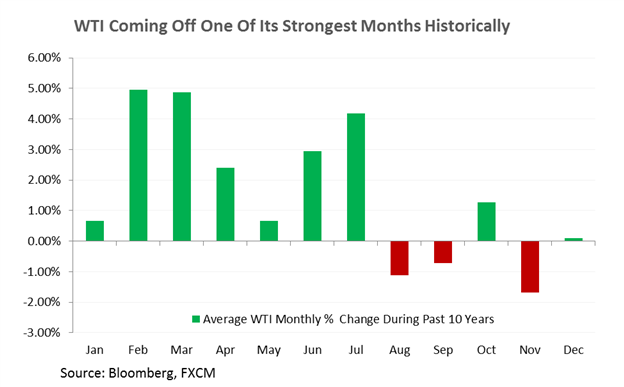 GOLD TECHNICAL ANALYSIS – A bearish technical bias for gold is retained given the short-term downtrend remains intact alongside several breaks below important support levels. $1,285 is likely to act as resistance for the commodity, while support may emerge at the 61.8% Fib Retracement Level at ($1,260). 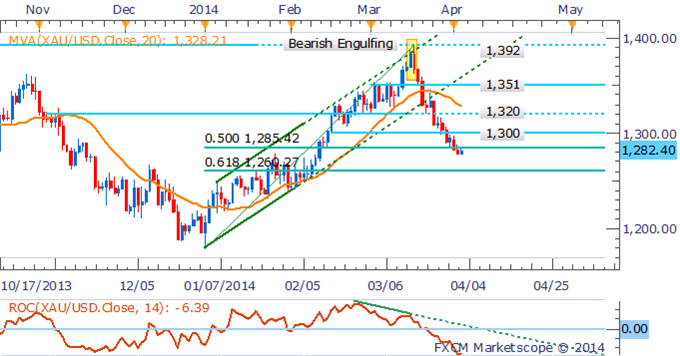 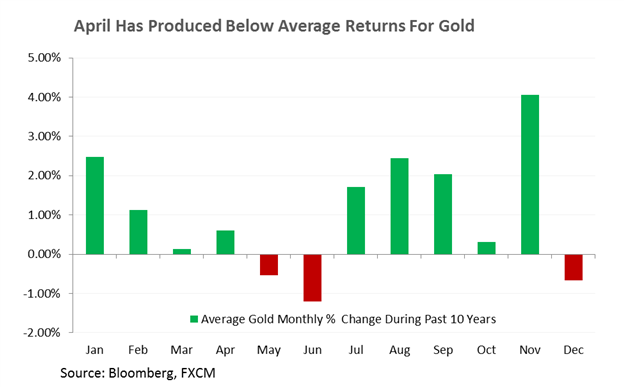 SILVER TECHNICAL ANALYSIS – Silver remains in a short-term downtrend as signaled by prices holding below their 20 SMA. However, the rate of change indicator is beginning to reflect waning downside momentum. Additionally, several Doji candlestick patterns near 19.60 are a signal of hesitation amongst the bears which suggests the potential for a short-term bounce. A retracement back towards resistance at $20.50 would be seen as a new opportunity to enter short positions with a target offered by support at $19.00. 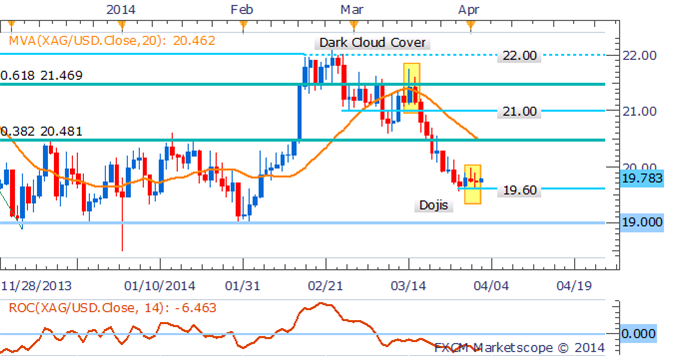 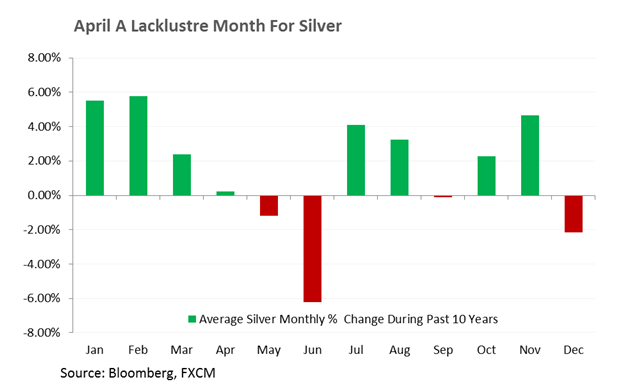 COPPER TECHNICAL ANALYSIS– The short-term trend for copper has shifted to the upside as indicated by the 20 SMA and rate of change indicator. Alongside the break above the critical $3.00 handle a bullish technical bias is offered with the potential for an extension to the 38.2% Fib Retracement Level at $3.085. 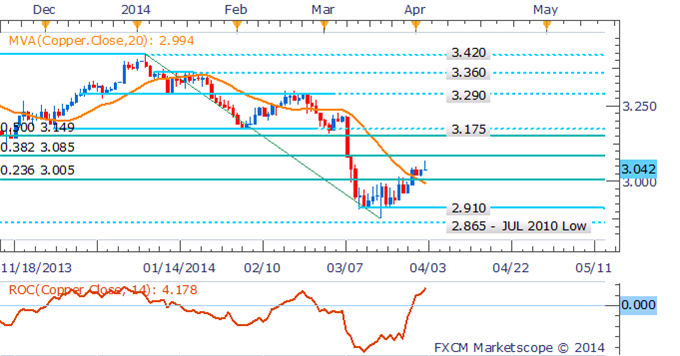 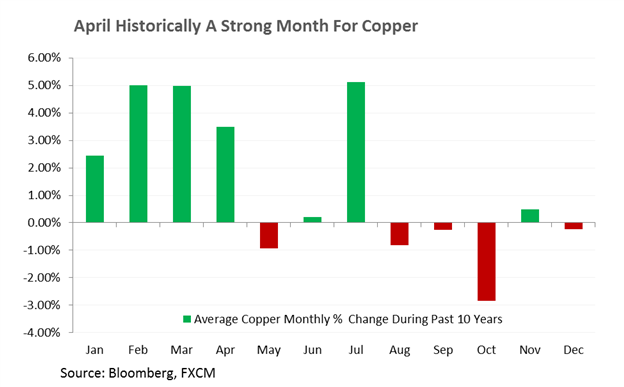