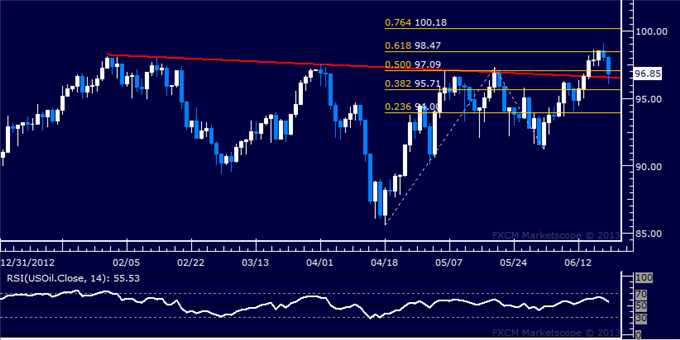 Gold prices tumbled to the lowest level in nearly three years after the Federal Reserve hinted at a cutback in stimulus on the horizon, sinking inflation-hedge demand.

Commodity prices are under heavy pressure amid broad-based risk aversion ahead of the opening bell on Wall Street as markets respond to yesterday’s FOMC monetary policy announcement. Fed Chairman Ben Bernanke said policymakers can conceivably begin to reduce the size of monthly asset purchases this year, with an eye to discontinue them by mid-2014.

Fears of a cutback in policy support for the world’s largest economy against a backdrop of lingering recession in Europe and a slowdown in China is weighing on global recovery expectations, sending cycle-sensitive crude oil and copper prices downward alongside European shares. Gold and silver have likewise swooned as the prospect of reduced accommodation undermines inflation-hedge demand for precious metals and boosts the US Dollar.

S&P 500 index futures are pointing sharply lower, hinting investors are positioning for more of the same as North American exchanges come online. The weekly set of US Jobless Claims figures headlines the economic calendar, with expectations calling for a narrow increase to 340K on the initial applications gauge. May’s Existing Home Sales and Leading Indicators composite readings are also due to cross the wires. Soft results in the context of the Fed’s emphasis on the data-dependent nature of future policy may slow the risk-off push in the near term, but strong momentum behind current trends is likely to require truly off-the-mark outcomes to find a lasting roadblock.

Crude Oil Technical Analysis (WTI)- Prices are recoiling from resistance at 98.47 to challenge support in the 96.56-97.09, marked by the 50% Fibonacci expansion and a falling trend line set from late January. A break below that exposes the 38.2% level at 95.71. Alternatively, a reversal back above resistance aims for the 76.4% barrier at 100.18. 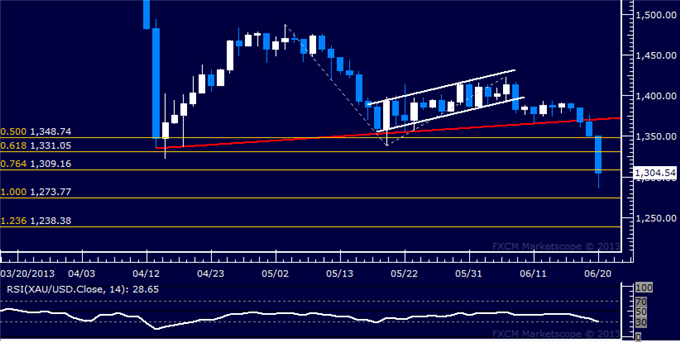 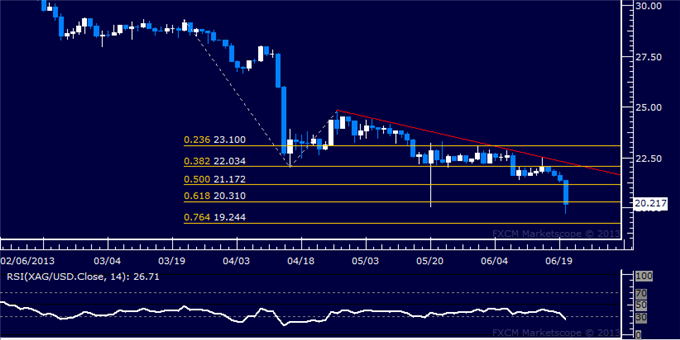 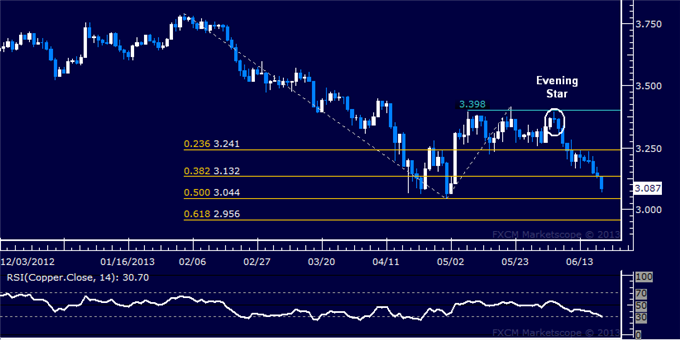