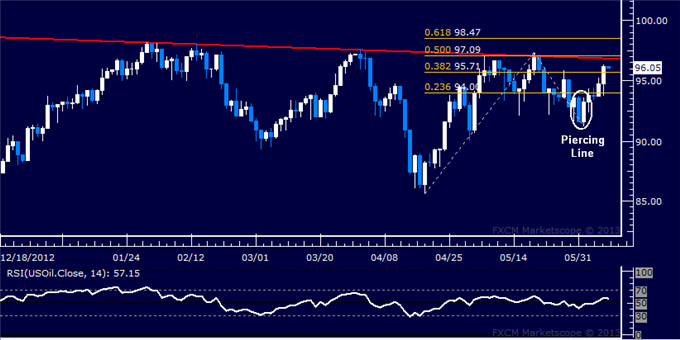 Crude oil and gold prices are looking to comments from St. Louis Fed President James Bullard to guide expectations of a cutback in the Fed’s QE efforts.

A lackluster economic calendar through the rest of the day hints “Fed-speak” may ultimately tip the scales to yield near-term direction cues. James Bullard, President of the US central bank’s St. Louis branch, is scheduled to take to the wires. Mr. Bullard is a voting member of the FOMC and traders will want to see if his remarks offer any guidance on a possible reduction in the size of QE3 asset purchases in the coming meetings of the policy-setting committee. Rhetoric advancing the case for a cutback in the pace of easing will probably weigh on cycle-sensitive crude oil and copper prices as well as reduce anti-fiat demand for gold and silver (and vice versa).

Gold Technical Analysis (Spot)- Prices moved lower as expected, taking out rising channel to challenge an upward-sloping trend line set from the April 16 low (now at 1379.23). A break below that initially eyes the 38.2% Fibonacci expansion at 1366.43. Channel support-turned-resistance is at 1400.54, with a move above that exposing the 50% Fib expansion at 1413.03. 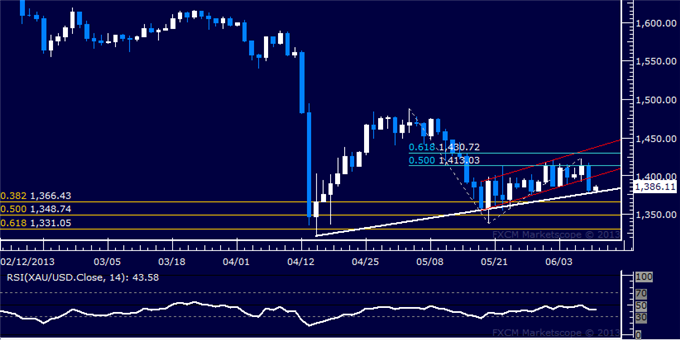 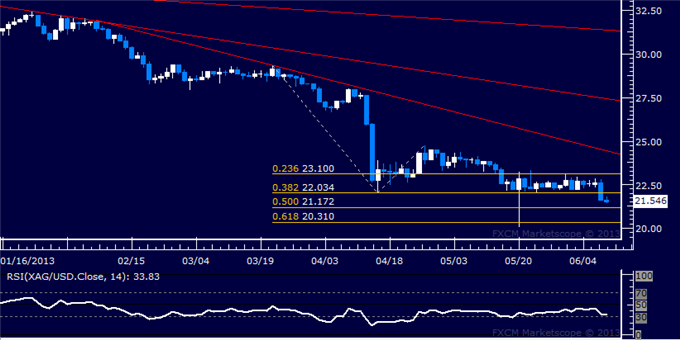 Copper Technical Analysis (COMEX E-Mini)- Prices are testing below support at 3.241, the 23.6% Fibonacci expansion, after putting in a bearish Evening Star candlestick pattern. A break downward targets the 38.2% level at 3.132. Near-term resistance is at 3.398, the May 8 high. 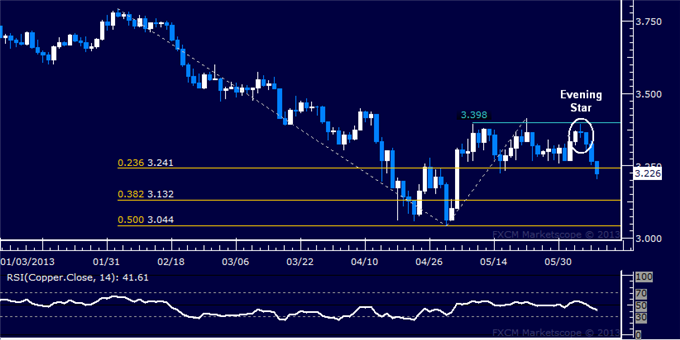