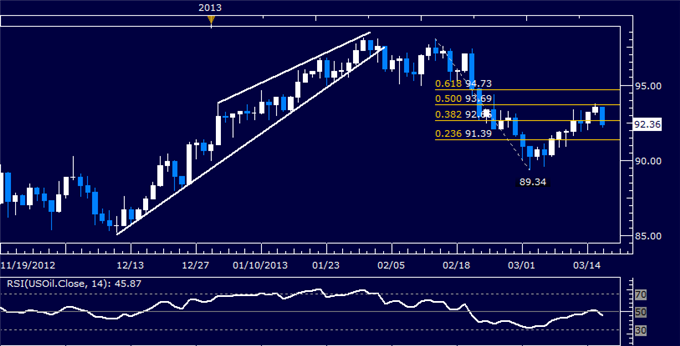 Crude oil and copper prices are tracking sharply lower as broad-based risk aversion sweeps financial markets after the terms of a bailout deal for Cyprus emerged over the weekend. The proposal ties a €10 billion rescue package from the “troika” (EU/ECB/IMF) to a levy on Cyprus banks’ accounts. Deposits up to €100,000 are to be taxed at 6.7 percent tax while those above that threshold are to pay out 9.9 percent.Gold and silver are little-changed, with prices caught between upward pressure from store-of-value haven flows and headwinds from an appreciating US Dollar.

While Cyprus is a relatively small economy – comprising just 0.2 percent of overall Eurozone GDP – the level of panic evident across financial markets likely reflects fears of the precedent that EU officials are setting. As with Greece, investors are transposing what is happening now Cyprus to what a similar course of action might look like were to be implemented in a country like Spain, where a sickly banking sector is likewise at the center of the country’s malaise.

The worst-case scenario is a bank a run across the Eurozone as depositors scramble to move their capital out the region to avoid a Cyprus-like scenario. This potentially carries the risk of regional credit crunch, which could raise questions about the solvency of some weaker lenders. If one were to topple, a global crisis akin to the fall of Lehman Brothers would not be out of the question. Looking ahead, S&P 500 index futures are pointing sharply lower, hinting sentiment is likely to remain under pressure as Wall Street comes online. 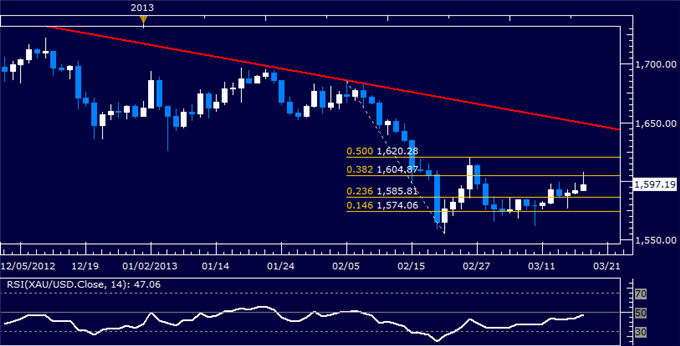 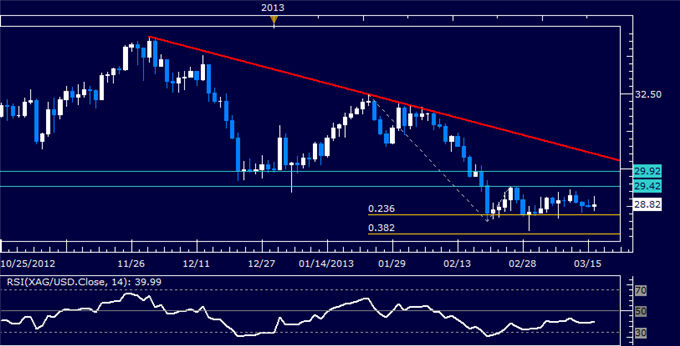 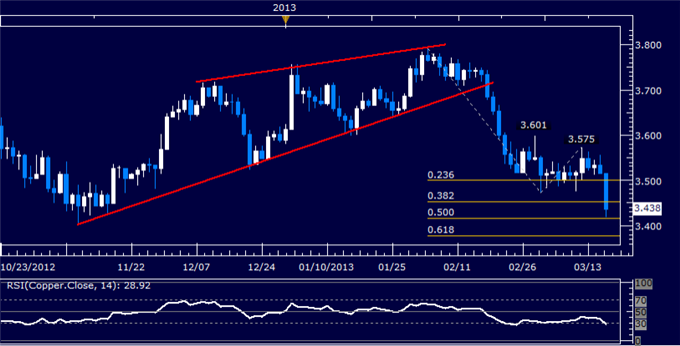