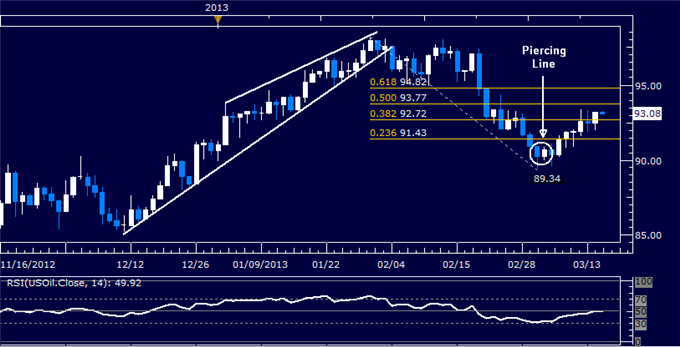 Commodity prices are in consolidation mode in European trade as markets look ahead to a busy US economic calendar. Another relatively supportive outing is expected. February’s year-on-year CPI growth is expected to accelerate to 1.9 percent, marking the highest inflation reading in four months. Meanwhile, Industrial Production is seen rebounding over the same period after a drop in January and March’s preliminary University of Michigan Consumer Confidence gauge is pencilled in at the highest since November.

Furthermore, US economic data has increasingly outperformed relative to expectations since early February, opening the door for rosier outcomes. Markets have treated supportive US data in terms of reducing the scope for Fed stimulus over recent weeks, meaning similar outcomes this time around are likely to be supportive for the US Dollar. That bodes ill for gold and silver by extension amid fading anti-fiat demand. Meanwhile, cycle-sensitive crude oil prices may rise as signs of resilience in the world’s top economy boost broad-based risk appetite.

Implications for copper are more difficult to nail down: near-term correlation studies show the metal has shed much of its link to underlying sentiment trends, with prices consolidating in a choppy range (see chart below). The standstill may reflect the conflicting influence of firming risk appetite and an apparent hawkish shift in Chinese monetary policy. PBOC Governor Zhou Xiaochuan said the central bank’s posture was “no longer relaxed” earlier this week after inflation hit a ten-month high. China is the leading source of global copper demand and worries about a move toward tightening monetary conditions that slows economic growth there may be acting to cap prices. It is unclear for now which side of the argument will ultimately prevail. 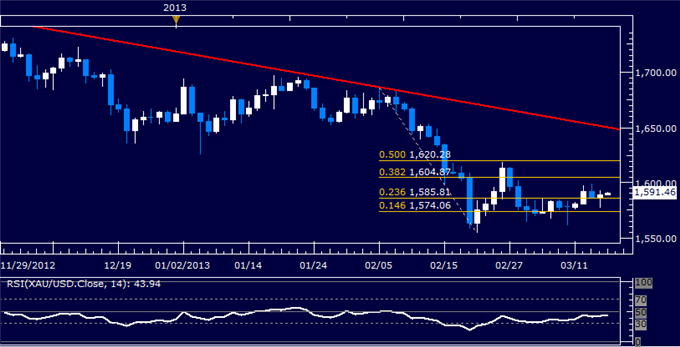 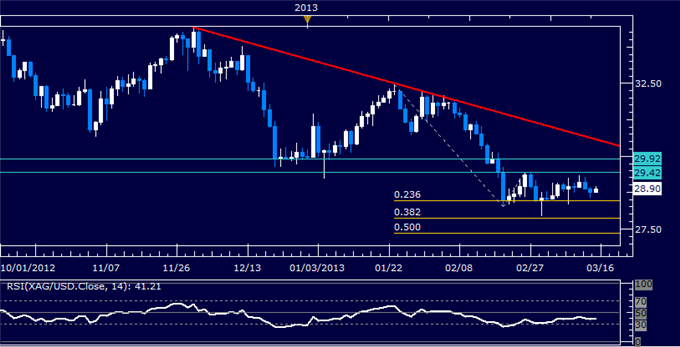 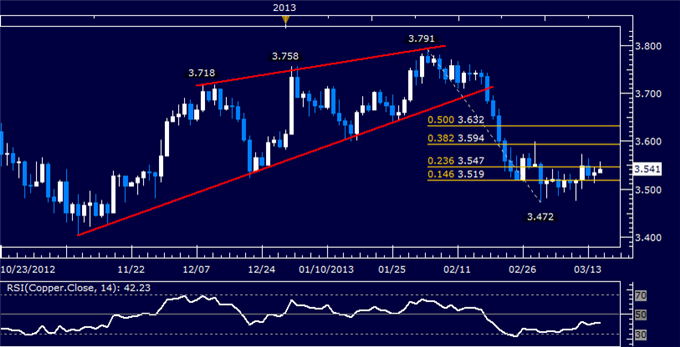