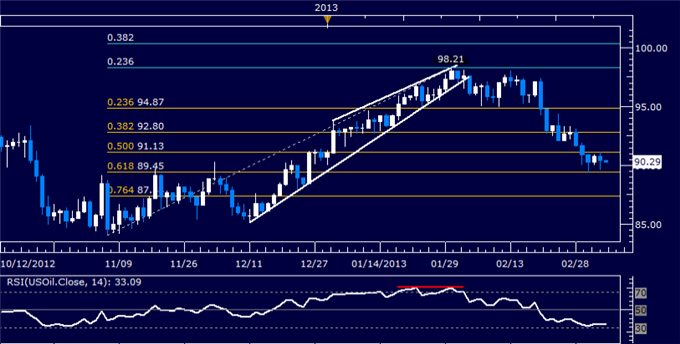 Crude Oil, Gold to Advance if Draghi Hints at Stimulus Ahead

Commodities are treading water in European trade as investors wait for a clear-cut directional catalyst to emerge. The spark may come from the European Central Bank as it delivers its monthly policy announcement.

The central bank is expected to remain on hold this time around, but PMI data suggests recession deepened in the currency bloc in February and has fed some speculation about an easing of monetary policy to offset the de-facto tightening produced by 3-year LTRO repayments.

The ECB seems unlikely to act against a backdrop rising sovereign risk however, claiming once again that swelling risk premiums priced into bond yields undermine policy transmission. Recent political jitters in Italy have seen yields on the country’s benchmark 10-year note trend higher, hinting the bank may prefer to remain on the sidelines until a concrete government in Rome emerges and funding stress unwinds.

That shifts the spotlight to ECB President Mario Draghi’s press conference following the announcement. Clues hinting at imminent easing in the months ahead may boost risk appetite amid hopes of a much-needed lifeline to be offered to the world’s second-largest economy, boosting risk appetite and lifting cycle-sensitive crude oil and copper prices. Gold and silver may likewise find support in such a scenario as a dovish shift at yet another major central bank boosts global demand for anti-fiat assets. 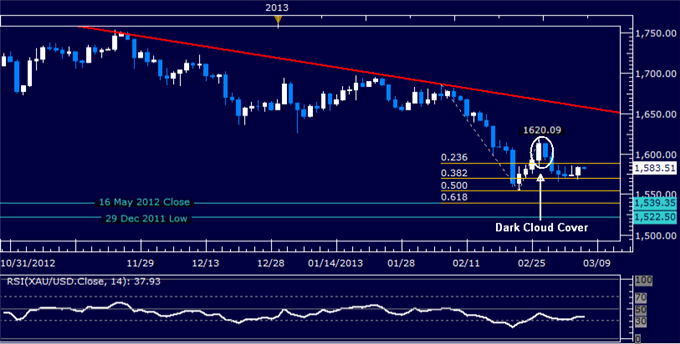 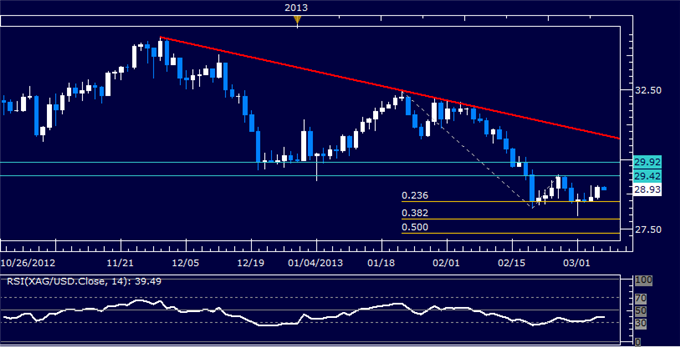 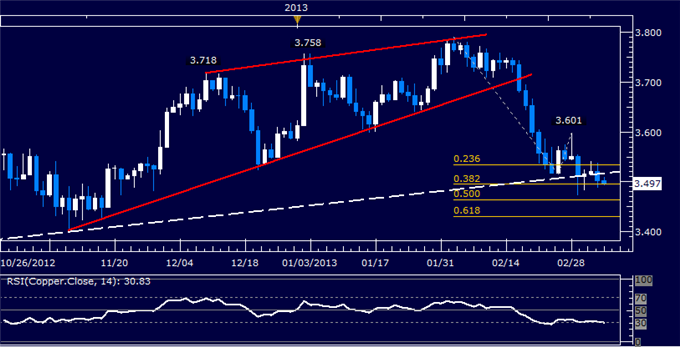