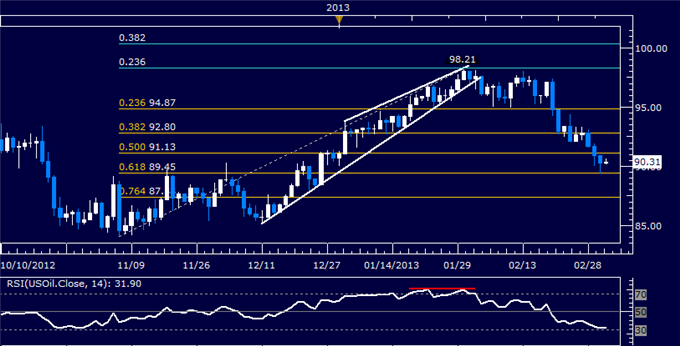 Crude oil and gold are likely to rise on risk appetite and rising inflation expectations if the ISM gauge of US service-sector activity surprises to the upside.

Sentiment-linked crude oil and copper prices are pushing higher amid a broad-based recovery in risk appetite across financial markets. The chipper mood follows significant increase in government spending in China’s 2013 budget, lifting hopes for acceleration in the world’s second-largest economy and key commodity consumer.Supportive PMI figures from the UK and the Eurozone seem to have helped as well.

Looking ahead,all eyes are now on the US ISM Non-Manufacturing Composite gauge.Expectations are pointing to a slight slowing in service-sector activity growth, witheconomists are pencilling a reading at 55.0 in February compared with 55.2 in the prior month. A print in line with forecasts would fall firmly in line with near- to medium-term trend averages. US economic data has markedly improved relative to expectations since early February however, leaving the door open for an upside surprise.

Such an outcome may boost hopes fora resilient recovery in the world’s largest economy in the face of strengthening fiscal headwinds following the triggering of “sequester” spending cuts last week. That may boost risk sentiment, maintaining upward pressure on crude oil and copper prices. In the precious metal space, a stronger ISM print given a context of re-commitment to strong Fed stimulus by Federal Reserve Vice Chair Janet Yellen yesterday is likely to boost inflation expectations, lifting gold and silver. 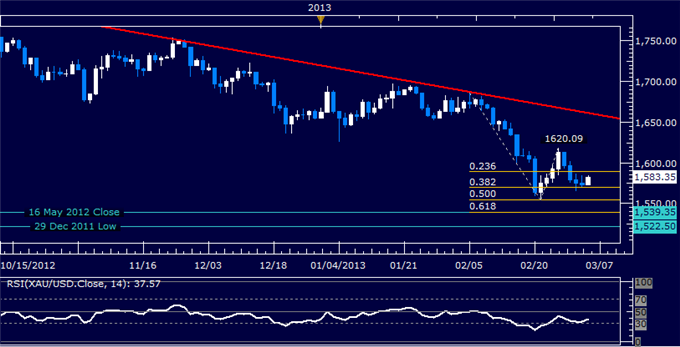 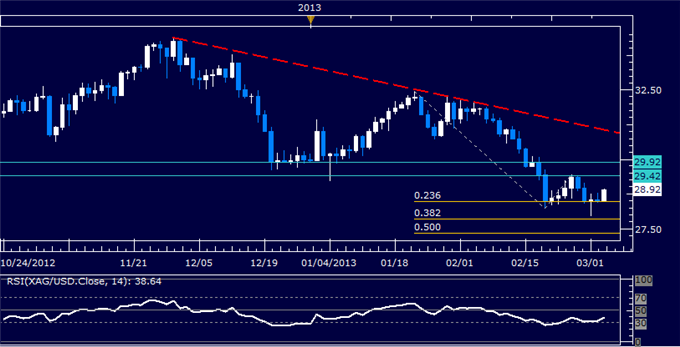 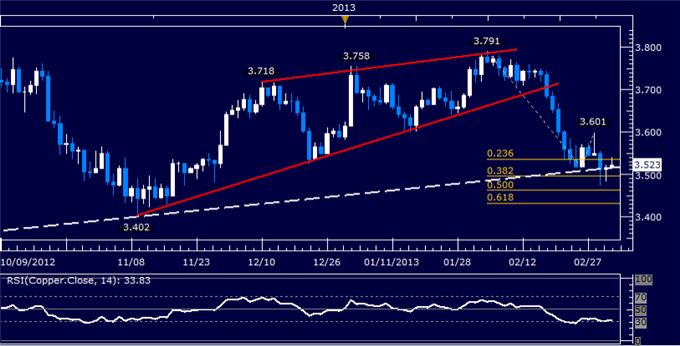