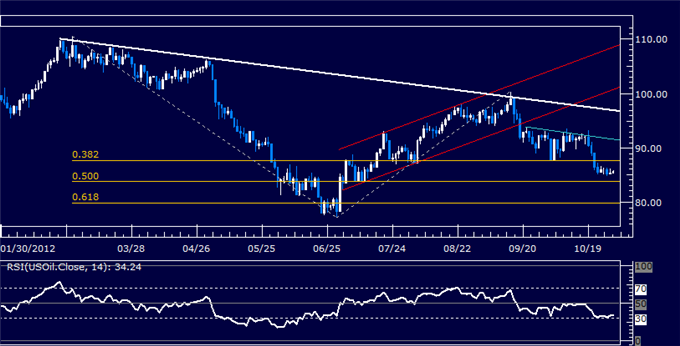 Commodities found support in a clear resolution to the US Presidential election but the chipper mood may prove fleeting as the spotlight turns to “fiscal cliff” fears.

Metals rose in Asian trade as risk appetite swelled across financial markets – weakening haven demand for the US Dollar – in the aftermath of the US general election. The ballot handed victory to President Barack Obama while challenger Governor Mitt Romney conceded. As we argued yesterday, any outcome that produced a clear winner was likely to be greeted by investors hopeful for a swift re-orientation toward resolving the looming “fiscal cliff” fiasco. Crude oil underperformed having corrected lower early in the overnight session after a strong rally in US hours, with prices trimming losses but failing to meaningfully push into positive territory after the election results crossed the wires.

Looking ahead, a quiet economic calendar is likely to keep the election front and center as financial markets around the world take their opportunity to respond to the results. S&P 500 stock index futures are rapidly erasing losses ahead of the opening bell on Wall Street, suggesting markets are building a foundation to extend the risk-on bias into the hours ahead. Investors’ chipper mood may not prove lasting however, warning that commodities may be quick to turn lower anew as growth fears return while the US Dollar recovers.

All signs appear to point to a broad extension of the status quo in the US political landscape, with President Obama’s victory matched by another Democrat-controlled Senate and Republican-dominated House of Representatives. That may spark fears of renewed deadlock as markets tremble at the thought that a set of automatic spending cuts and tax hikes slated to trigger at the turn of the calendar year that may tip the US back into recession. Such prospect bodes ill for global growth in an environment where the Eurozone is contracting while China slows. 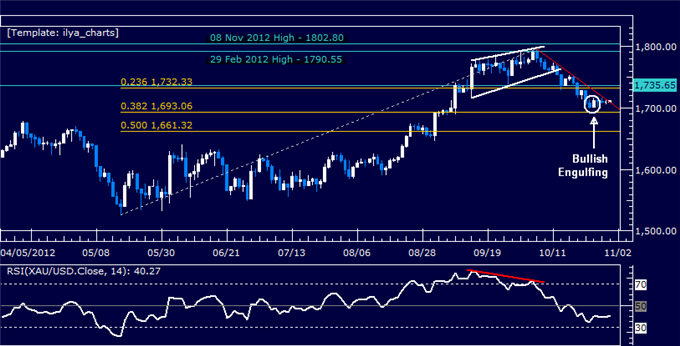 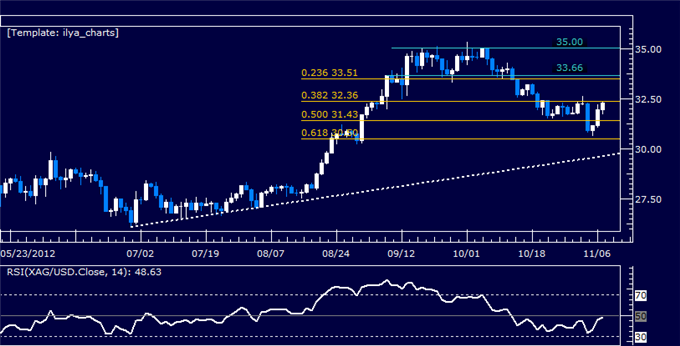 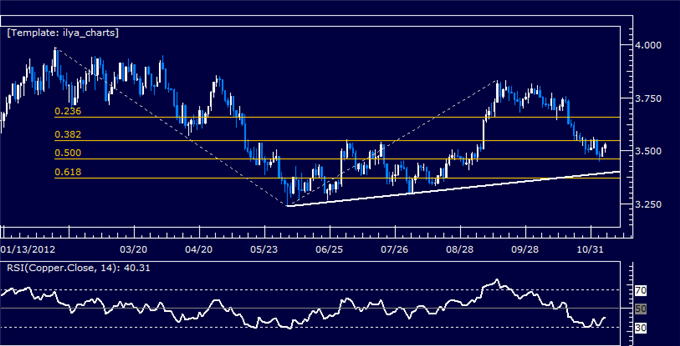