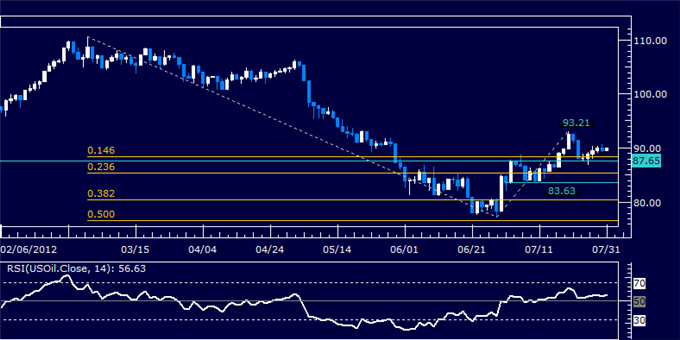 Commodities are on the upswing as the Federal Reserve begins a two-day policy meeting amid hopes policymakers will announce additional stimulus measures. The move higher may prove short-lived however, with Ben Bernanke and company likely to disappoint with the familiar yarn about the availability of QE3 in the event that it is necessary all the while leaving monetary policy unchanged from its current setting. That opens the door for renewed selling pressure to bear down on sentiment-linked crude oil and copper prices while gold and silver retreat amid fading inflation-hedge demand.

Yields across the maturity spectrum are hovering within a hair of record lows having arrived there without any new stimulus since QE2 concluded in June 2011. It seems unreasonable to argue that more asset purchases are needed to keep credit costs capped or that marginally cheaper funding will bring a significant number of would-be borrowers off the sidelines. That means the most significant benefit of a QE3 program is to be found in a psychological boost to market sentiment. The Fed seems likely to keep such a tool in the arsenal for the time being, to be unveiled in the event a major dislocation in Europe creates a global credit freeze akin to the 2008 debacle following the collapse of Lehman Brothers.

Prices are testing resistance in the 1615.65-35.70 area after taking out falling trend line resistance set from late March, with a break higher initially exposing 1671.49. The trend line, now at the 1596.55, has been recast as the first major layer of near-term support. 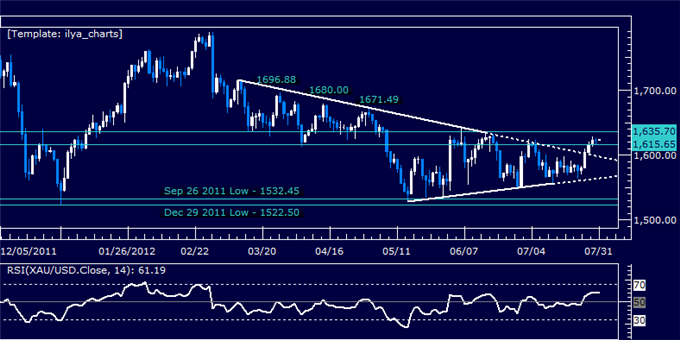 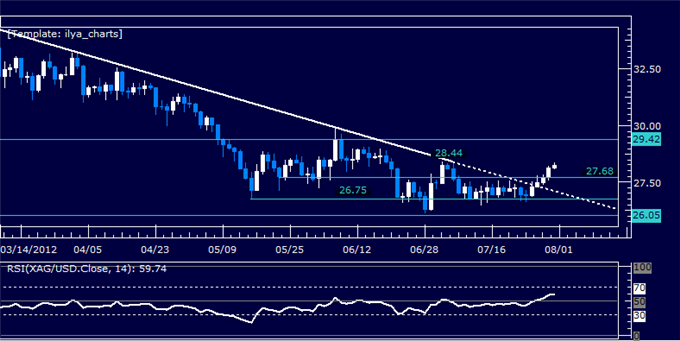 Prices testing above resistance at 3.445, the 14.6% Fibonacci expansion, with a break higher targeting the next upside boundary at 3.535. Near-term support lines up in the 3.378-90 area marked by the July 10 daily close and the 23.6% Fib. Alternatively, a turn lower targets trend line support now at 3.339. 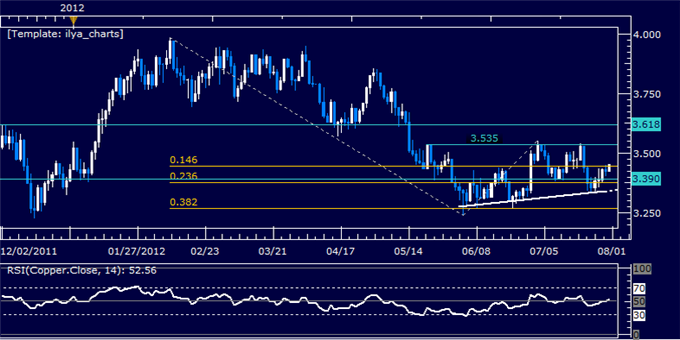