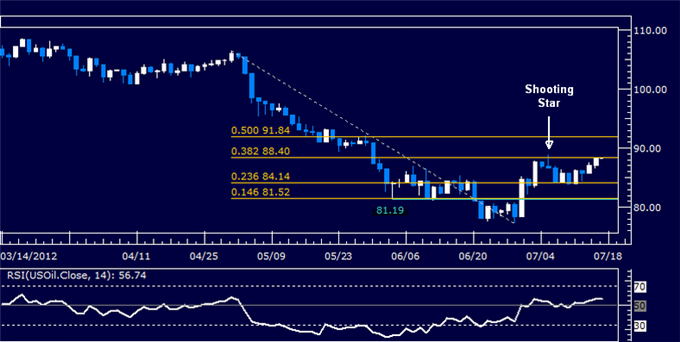 Commodity prices are on the upswing as all eyes turn to Fed Chairman Ben Bernanke and his semiannual Congressional testimony. An updated set of 2012 global growth expectations from the IMF released yesterday underscored once again that the US is seen accelerating while other key major output-driving countries slow (as in China) or outright contract (as in the Eurozone). This pins global recovery hopes on the ability of the US to offset headwinds from elsewhere, with additional support from the Fed understandably seen as conducive.

The move higher in sentiment-linked assetsahead of the testimony reflects hopeful expectations for dovish rhetoric, opening the door for a disappointment.Indeed, the Fed is almost certainly not oblivious to the limitations of additional QE given bond yields are already within a hair of record lows and real rates are in negative territory out to the 10-year maturity. With that in mind, Bernanke will probably deliver a familiar mantra, leaving the door open to additional accommodation to mollify jittery markets just enough to avoid pandemonium without actually expanding the balance sheet and remain mum on specifics.

While this would amount to little more than a restatement of the status quo, it may nonetheless prove to weigh on risk appetite given high-flying expectations. That bodes ill for growth-geared commodities including crude oil and copper. It likewise promises to put downward pressure on gold and silver as the US Dollar gains amid renewed risk aversion while store-of-value demand for the precious metals dissipates. 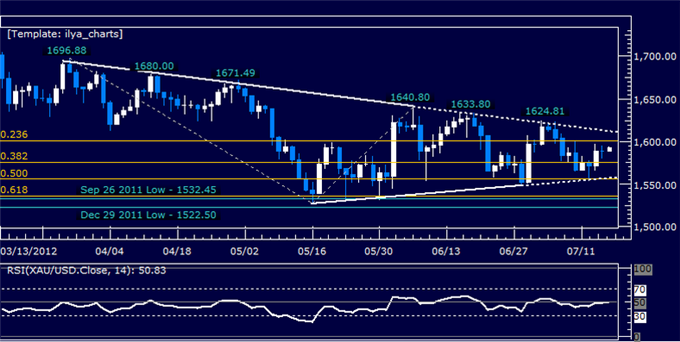 Prices continue to tread water above support is at 26.75. A break below that exposes the multi-month triple bottom at 26.05. Trend line resistance is now at 27.81, with a breach above that exposing the underside of a previously broken Flag formation (currently at 28.84). 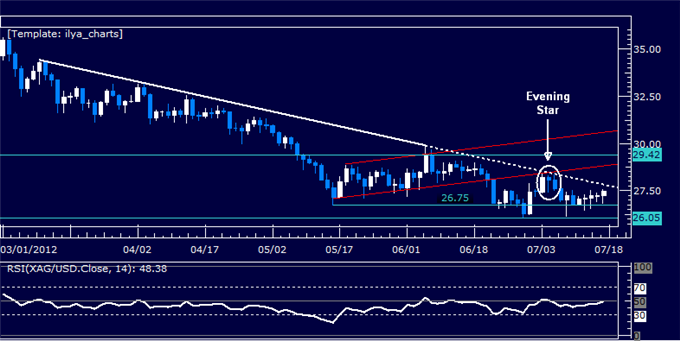 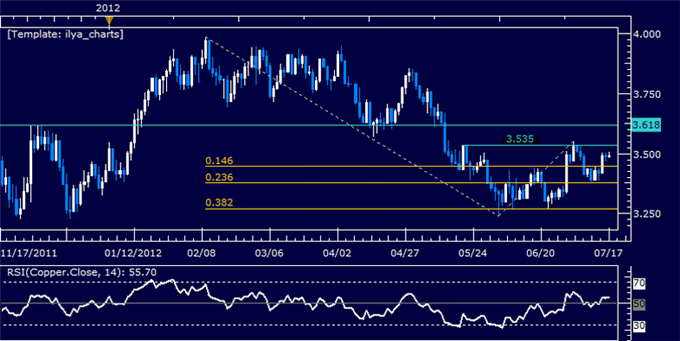