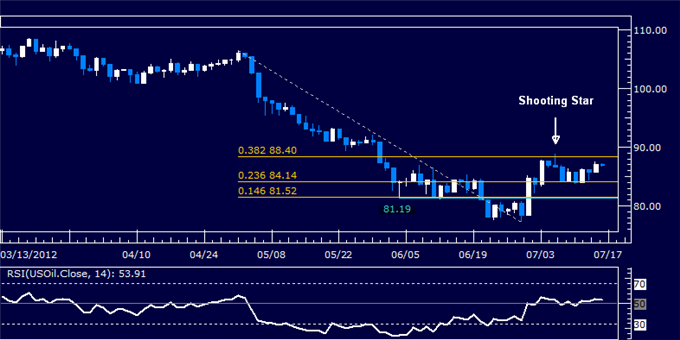 A quiet economic calendar in Europe turns traders’ attention to the US docket. Expectations call for narrow improvement in the Empire Manufacturing gauge – the first of July’s regional activity surveys to hit the tape – while Retail Sales snap a two-month losing streak to post a narrow gain in June.

The outcomes may reinforce the recent stabilization in US economic data (at least relative to expectations), which may counter-intuitively weigh on sentiment, and by extension on commodity prices, via a downgrade to Fed QE3 hopes. Significant follow-though from price action seems unlikely however ahead of Chairman Bernanke’s Congressional testimony later in the week.

On the earnings front, second-quarter results from Citigroup Inc take top billing today. Traders will be most interested in the bank’s guidance vis-à-vis the Eurozone debt crisis, looking for evidence on the impact of sovereign and bank solvency jitters in the on market-wide financial conditions.

The International Monetary Fund is also due to publish an updated set of global growth expectations. IMF MD Christine Lagarde has already suggested a downgrade to worldwide performance is to be unveiled. Markets will be particularly interested in the regional breakdown. A recession in Europe and slowdown in Asia have been expected for some time, but a material downgrade to North American performance may stoke risk aversion. 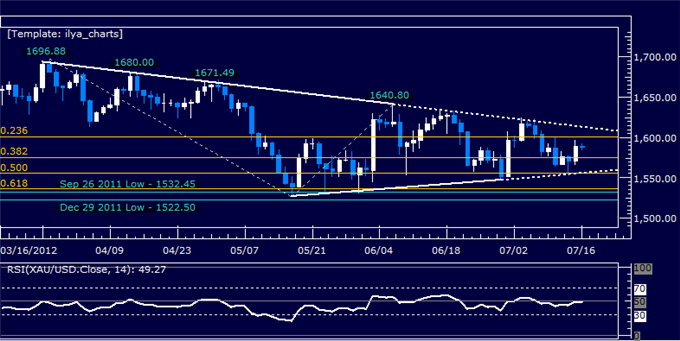 Prices continue to tread water above support is at 26.75. A break below that exposes the multi-month triple bottom at 26.05. Trend line resistance is now at 27.79, with a breach above that exposing the underside of a previously broken Flag formation (currently at 28.78). 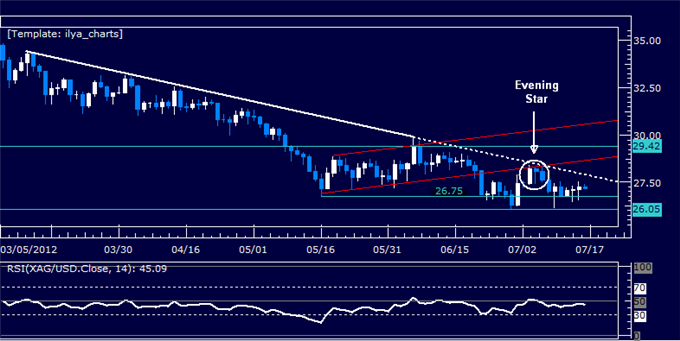 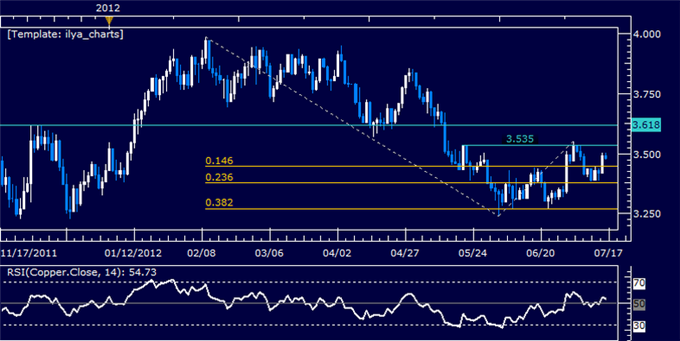