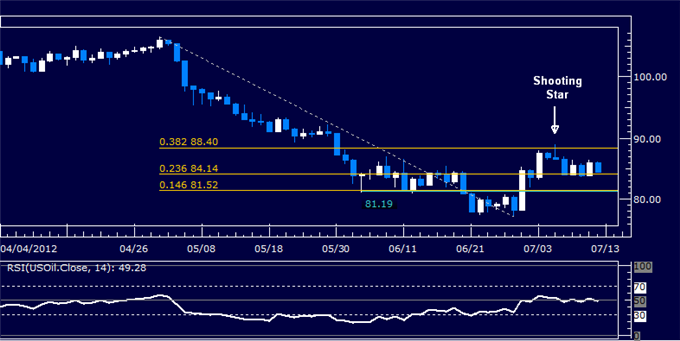 Commodity prices are trading sharply lower as risk aversion grips financial markets amid worries about slowing economic growth after minutes from June’s FOMC meeting failed to advance expectations of a QE3 program to be unveiled in the near term. The Bank of Japan likewise disappointed on the stimulus front, opted to reshuffle funds between the credit-loan and asset-purchase programs instead of expanding accommodative measures.

Sentiment-linked crude oil and copper prices are following stocks lower. Meanwhile, gold and silver are facing de-facto selling pressure as haven-seeking capital flows pour into the US Dollar. S&P 500 stock index futures are pointing sharply lower ahead of the opening bell on Wall Street, arguing for more of the same in the coming session.

Prices are testing above resistance at 10174, the 50% Fibonacci retracement, after taking out falling trend lineresistance set from late May. A break higher initially exposes targets the 61.8% level at 10209. Near-term support is marked by the trend line and reinforced by the 38.2% Fib at 10139.

Prices broke support at 1575.81, the 38.2%Fibonacci expansion, after putting in a bearish Evening Star candlestick pattern below falling trend line resistance set from late March. Sellers now aim to challenge the 50% Fib at 1555.61, with a break below that exposing the trend-defining 1522.50-32.45 area. The 1575.81 level has been recast as near-term resistance. 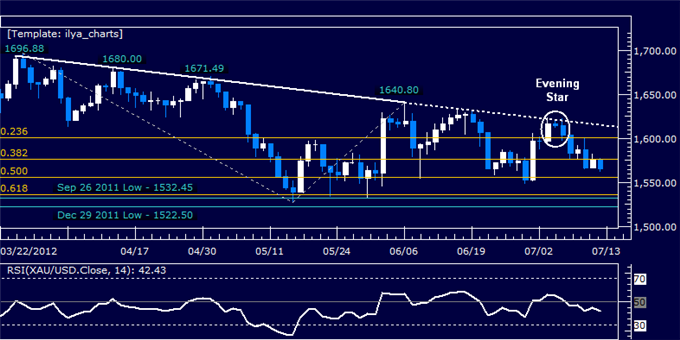 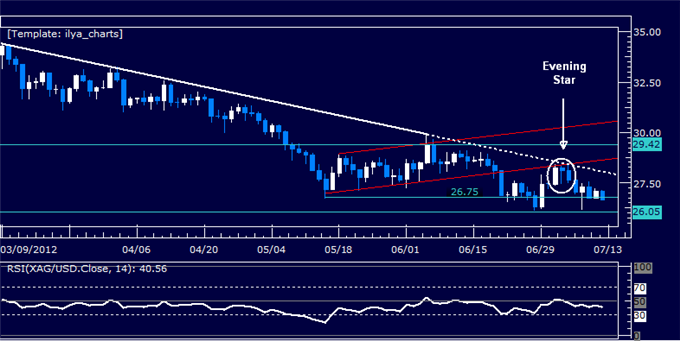 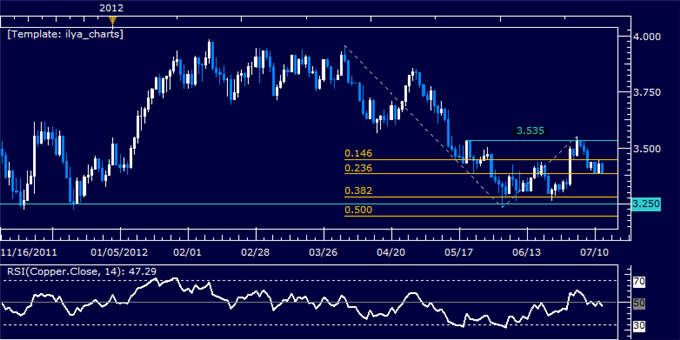