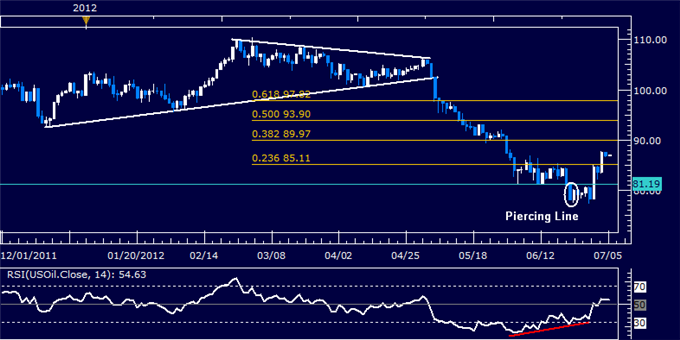 European monetary policy is in focus today with the European Central Bank and the Bank of England both due to deliver interest rate announcements. The ECB is expected to cut its benchmark lending rate to a record-low 0.75 percent while the BOE is seen boosting asset purchases by £50 billion. A recession in Europe represents the most significant headwind facing overall global economic growth this year. That means additional stimulus ought to be broadly supportive for risk appetite, but with some degree of easing widely expected policymakers will need to out-do baseline forecasts to generate a significant sentiment boost.

Economists’ median expectations have favored a third-quarter ECB rate cut for six weeks now, so a 25bps reduction in the headline lending rate alone may not amount to a meaningful-enough inflection point. A rate cut coupled with guidance on additional LTRO operations or even a reboot of the ECB’s bond-buying program is likely to be cheered on by investors however. Similarly for the BOE, expanding asset purchases to £375 billion may be treated as effectively status quo. For the outcome to significantly boost risk appetite, a larger increase seems necessary.

Correlation studies suggest crude oil and copper prices remain closely anchored to broad-based sentiment trends, meaning a relatively risk-supportive outcome to the BOE and ECB outcomes are likely to drive the two commodities higher as well. Gold and silver also appear likely to advance if European central banks deliver on the stimulus front, finding de-facto support as haven flows reverse out of the US Dollar.

Prices pushed higher as expected after putting in a Piercing Line candlestick pattern, taking out the 23.6% Fibonacci retracement at 85.11 to expose the 38.2% level at 89.97. The psychologically significant 90.00 reinforces the upside barrier. The 85.11 has been recast as near-term support. 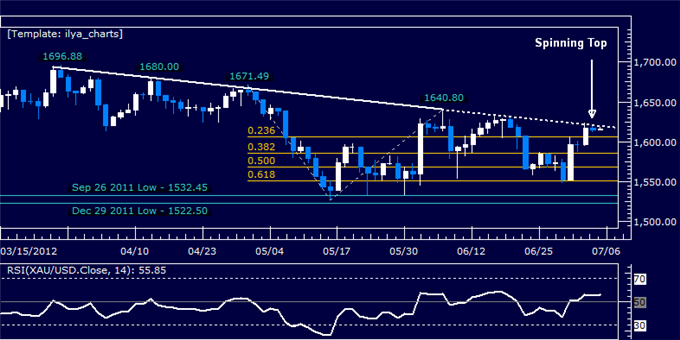 Prices are retesting the formerly broken bottom of a Flag chart formation, now at 28.54. A Hanging Man candlestick warns that a downswing may be ahead. Near-term support is at 26.75, with a break below that exposing the multi-month triple bottom at 26.05. Alternatively, a break higher exposes the 29.00 figure and 29.42. 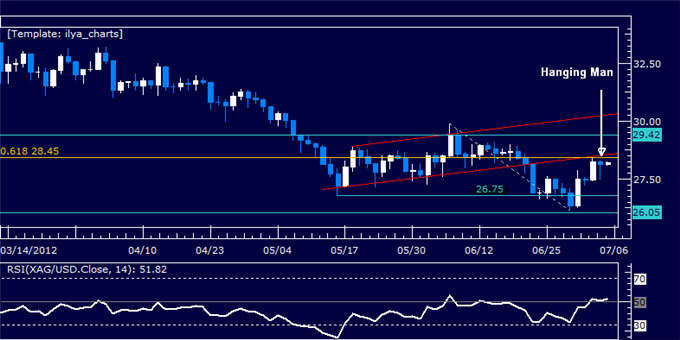 Prices broke above falling trend line support-turned-resistance set from late January to challenge the 50% Fibonacci retracement at 3.548. A break higher exposes the next layer of resistance in the 3.618-21 area marked by a former support level and the 61.8% Fib. The 38.2% retracement at 3.474 and a former range top at 3.424 line up as near-term downside barriers.