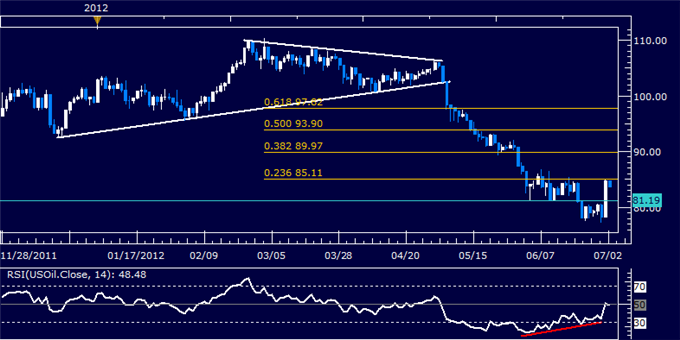 Commodity prices are correcting broadly lower overnight as markets correct after Friday’s sharp surge in risk-linked assets and tumble in the US Dollar, a move driven by an unexpected outcome to the EU leaders’ summit. S&P 500 stock index futures are accelerating lower in late Asian trade, hinting more of the same is ahead as kneejerk optimism gives way to a more sober outlook on what the sit-down practically achieved.

On balance, the summit did little to alter the near-term status quo. Spainwill still get its bank bailout funneled through the sovereign channel, increasing the government’s liabilities. The empowerment of the EFSF/ESM rescue funds to recapitalizefinancial institutions directly will not be available until year-end, and only if banking union negotiations proceed as planned. That leaves the Eurozone with no more of a firewall against the crisis than before, at best for the next six months.

Economic data stands to reinforce the risk-off mood as a roundup of dismal European Manufacturing PMI readings reminds investors the region presents the most significant headwind to global economic growth this year. Final revisions of Eurozone figures are expected to confirm region-wide factory sector growth shrank at the fastest pace in 3 years. Manufacturing activity is also expected to fall again in Switzerland and the UK, although the rate of contraction is forecast to accelerate in the former while declining n the latter. The analogous US ISM metric is expected to reveal a bit of a slowdown as well, although the gauge is expected to hold above the 50 boom-bust level. 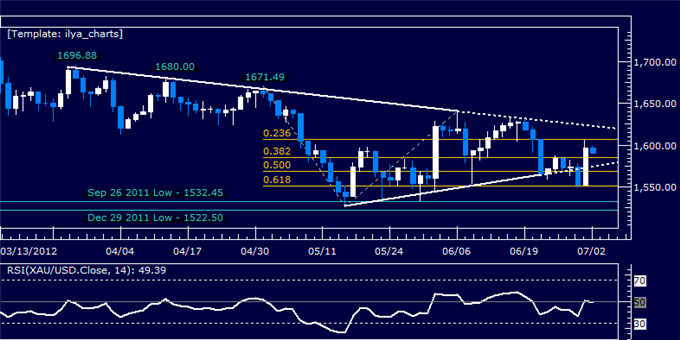 Prices bounced from Triple Bottom support at 26.06 to retest the formerly broken bottom of a Flag chart formation, now at 28.07. Near-term support is at 26.75, with a break below that exposing 26.05 anew. 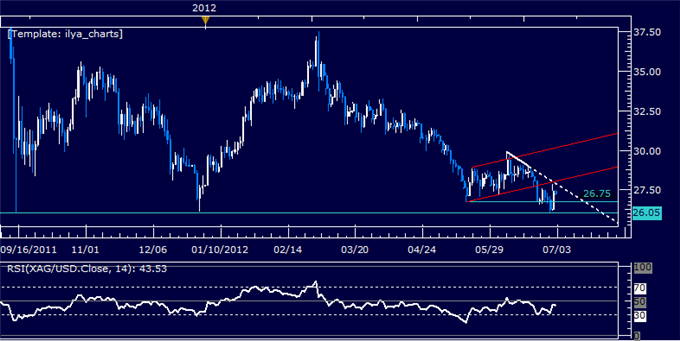 Prices are retesting falling trend line support-turned-resistance set from late January, with a break higher exposing 3.618. Initial support lines up at 3.424, with a break below that exposing 3.250. 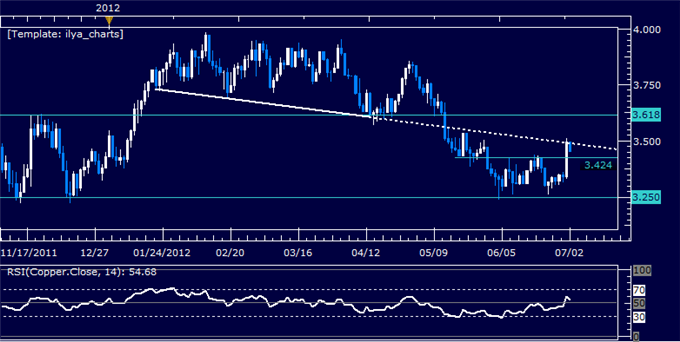