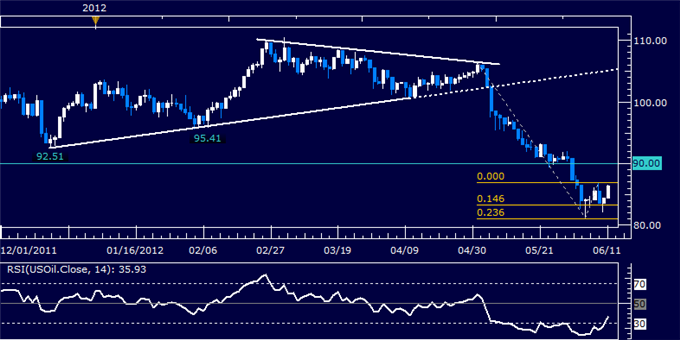 Commodity prices are on the upswing to start the trading week amid a broad-based recovery in risk appetite after Spain successfully lobbied for a €100 billion EU aid package to recapitalize its banking sector over the weekend. Sentiment-linked crude oil and copper are following stocks higher while gold and silver are finding de-facto support as the chipper mood saps safe-haven demand for the US Dollar.

The bailout announcement downgrades the possibility of a credit squeeze in the event that a Spanish lender folded. The apparent absence of added austerity measures attached to the terms of the bailout are reinforcing the risk-on mood, hinting it will not compound Spain’s already deep recession and contribute to Eurozone-linked headwinds battering global output at large.

A supportive set of Chinese Trade Balance figures likewise amplified chipper sentiment trends, showing exports grew at the fastest pace in three months. The outcome hinted that the world’s second-largest economy and its top exporter may not be facing as deep of a demand slump as has been feared at the hands of the Eurozone recession.

Looking ahead, S&P 500 stock index futures are pointing firmly higher, pointing to more of the same as Wall Street comes online. Investor’s rosy disposition may be short-lived however as markets look ahead to Greece’s second attempt at a general election on June 17, with uncertainty about the outcome threatening to sink risky assets anew as the week progresses. 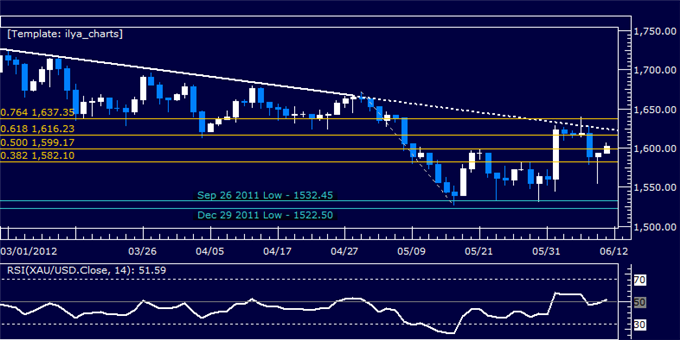 Prices are testing above resistance at 28.70, with a break higher exposing 29.71. The overall structure appears to be showing a Flag chart formation, a setup indicative of bearish continuation. Confirmation is required on a daily close below the pattern’s bottom – now at 28.04 – which would expose 27.06 as the next downside objective. 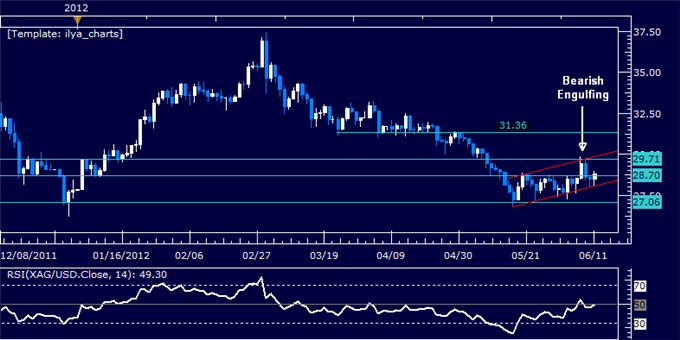 Prices are once again testing resistance at the top of a falling channel set from the May 1 swing high (now at 3.350), with a break higher initially exposing the 76.4% Fibonacci retracement at 3.426. Double bottom support lines up at 3.250, with a break below that targeting the 123.6% Fib extension at 3.080. 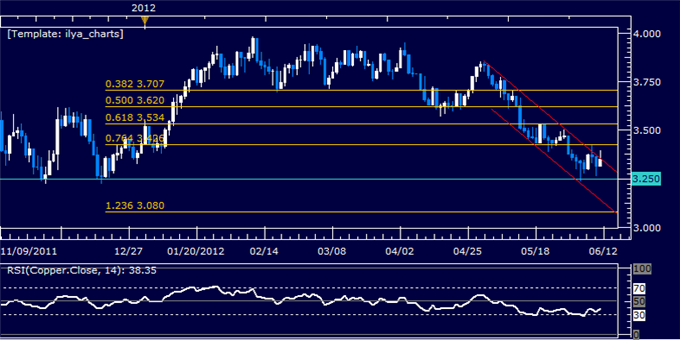