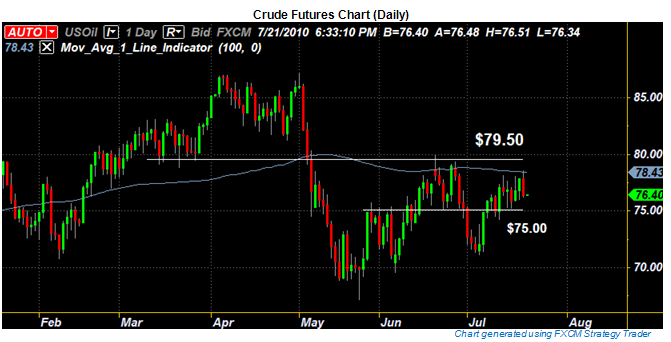 Crude Suffers a Steep Decline Through the US Session, Though Commodity Still Well Within its Range

Crude Suffers a Steep Decline Through the US Session, Though Commodity Still Well Within its Range

Though there wasn’t much scheduled macro economic data on the docket nor is there a distinct trend in underlying sentiment ahead of the what is considered heavy risk on Friday; oil would put in for a substantial move through Wednesday’s US trading hours. In fact, the decline through the day was the sharpest since the 12th. That being said, the underlying CBOE Crude volatility index is hovering around its lowest level in two-and-a-half months (at 33.9 percent). The implied volatility this indicator reflects is further influenced by the pace of recent price action. Though we would see significant volatility on the day, this boosted level of activity still fits within the general congestion that has developed for this market over the past two weeks. It is in this chop that oil finds itself closely tied to the performance of other speculatively guided asset classes. We need only look as far as the S&P 500 to see both the catalyst for short-term volatility and the restraints on trend.

For fundamental guidance today, the broader markets would respond to relatively little scheduled event risk. That being said, the risk that did exist was particularly concentrated. Of particular interest for growth expectations was Federal Reserve Chairman Ben Bernanke’s semi-annual testimony before the Senate Banking Panel. While his outline for the current and future health of the economy and markets did not deviate from the central bank’s collective assessment in the minutes from the last rate decision, there were a few blurbs that would strike a chord with market participants. Of particular interest for those trying to discern economic activity that would turn into energy demand, Bernanke’s suggestion that the outlook for activity was “somewhat weaker” than previously assessed and financial markets were “less supportive” of expansion was reason for concern.

Looking at fundamentals more suited to the energy market – and therefore more influential from a short-term perspective – the Energy Department’s (DoE) weekly inventory figures proved noteworthy. The headline increase in crude stockpiles through the week to the tune of 360,000 barrels against an expected 1.2 million barrel drop was a write off. More interesting was the fact that gasoline holdings rose to its highest level since April (222.2 million barrels) and distillates reported their biggest jump (3.94 billion barrels) since the week ending January 9, 2009. And, for futures traders, the inventory number for the West Texas Intermediate grade that the Nymex contract is based on jumped at the Cushing, Oklahoma port by 958,000 barrels – also the biggest increase since April. This offers a boost to supply that helps unsettled the equilibrium for the near future.

Futures traders would further note that the active September futures contract saw a record 308,768-contract turnover. That being said, aggregate volume was at its lowest level since July 5th and net open interest slipped to its lowest level since the final trading session of 2009 (1.214 million contracts). For those monitoring market conditions in premium differentials, the difference in price between the active contract and two year deferred jumped to $5.90 through today’s session.

Just like crude and equities, gold would see another moderately volatile session without a clear bearing on direction. As we close in on Friday’s EU Stress Test results (notably due after the close of the European session and during the twilight of US liquidity before the weekend), activity will continue to increase while direction grows ever more erratic. Gold traders will be particularly invested in the outcome of this event. Considering gold has steadily advanced and set a record high on the foundation that financial stability was so unstable that an alternative to traditional assets and even fiat currency, the imminence of a crisis in the European markets (arguably the largest collective economy and financial system in the world) is of particular interest. Should confidence return to the investment community, the need for an alternative will diminish and the metal will start to look excessively over-priced. What’s more, the need for capital to place in more productive (cheaper and high-yielding) investments would quickly lead the commodity lower. On the other hand, confirmation that conditions are breaking down could renew the portfolio interest in gold that has recently taken over for the regular speculators.

Looking at today’s fundamentals alone, there was plenty of event risk to suggest trouble lies ahead (and which gold traders summarily ignored in favor of the gravity that is pulling ahead). Starting in the Asian session, the Bank of Japan reported quarterly loan demand index which reportedly dropped to its lowest level since July of 2004 – adding another diminish of financial instability to a long-troubled nation. Carrying over to the European session, the BoE minutes revealed that the central bank is starting to considering expanding stimulus while Germany was reportedly unable to sell the entire 4 billion euros in 30-year debt it had put up for sale. Then, in the US session, Fed Chairman Bernanke said the “economic outlook remains unusually uncertain” and his group too was prepared to further “stimulate” the economy should it be needed. This is a round of news that undoubtedly points to instability; but the speculative crowd will decide what is important and what is not at any given time. Currently, the event risk on Friday coupled with the congestion surrounding price action is imperative.

With risk appetite trends little changed in general and gold offering little guidance on direction for the metals group, silver would not attempt an outlier drive. Price action was relatively reserved with volume on the active September contract measuring only 23,103. Aggregate 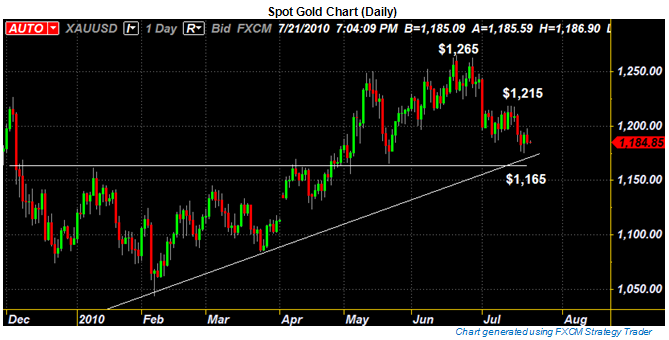