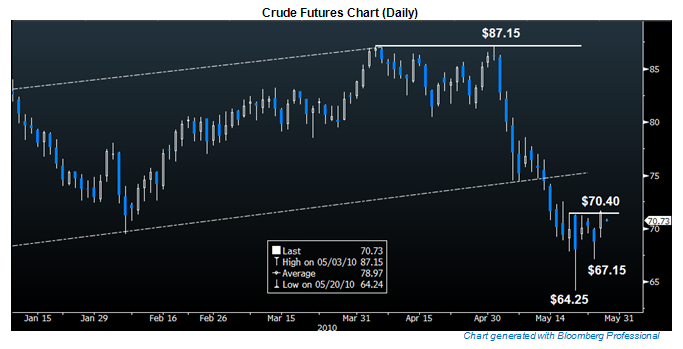 Despite a reversal in the general bearing on investor sentiment through the US session (a shift that would see the Dow squander a 4.4 percent advance from yesterday’s lows and end the day in the red), the active NYMEX oil futures contract rallied through the end of the day to produce the commodity’s biggest advance since mid-February. This divergence between commodity and its capital market counterparts can be partially attributed to the different session times. The pit hours for crude trading on the New York Mercantile Exchange end at 14:30 EST; and with the close, a substantial portion of liquidity is drained from the market. Considering the equities benchmark would tumble after the rollover to electronic trading, there would be a smaller market to adjust to the drop in risk appetite. What’s more, the change in the speculative currents today has not furnished much in the way of progress towards a true bearish trend – just as yesterday’s bullish rebound would not define the beginning of a larger rally. The capital markets are still largely relegated to broad (though volatile) ranges of congest. Given this overall lack of direction, oil’s untested 25-plus percent tumble this month puts it in a good position to put in for an overdue retracement. Also noteworthy is the sharp drop in the CBOE’s Oil Volatility Index, which nearly tagged 50 percent Tuesday and pushed as far down as 40.3 percent today.

Another certain factor behind the stability of oil’s advance was an upgrade to demand forecasts through economic data. The US durable goods orders report for April reported a stronger-than-expected 2.9 percent increase in bookings. However, marring the confidence engendered from the fourth consecutive increase in orders (a sign that businesses are investing in production infrastructure for an increase to output later down the line), the ex transportation reading would report its biggest drop in 13 months. Furthermore, the non-defense capital goods orders excluding aircraft (a gauge for business investment) contracted 2.4 percent. All told, this data offered little more than a superficial reading of optimism; and the market would have discounted it quickly if it were not backed up by the OECD’s upgraded growth forecasts. In its semi-annual economic assessment, the forum upgraded its growth forecast for the 31 member-group to a 2.7 percent expansion through the year. Focusing in on the largest energy consumers, the US outlook was boosted to 3.2 percent (from 2.5 percent) and China was seen growing by more than 11 percent. This hits at the heart of the supply/demand imbalance whereby consumption starts to take up the slack of excess inventory. Speaking of stockpiles, the US Department of Energy released its weekly inventory report for the week ending May 21st. A 2.46 million barrel increase in crude holdings was far more than expected and the 16th increase in the series in 17 weeks.

Despite a morning advance in investor sentiment that would follow through on yesterday’s end-of-session rally, gold would enjoy a steady climb through Wednesday and close its third consecutive bullish day. Accompanying the appreciation for the asset, the CBOE’s volatility gauge for the precious metal closed below 25 percent for the first time in nearly two weeks – indicating a rise in confidence and conviction for the steady advance in the underlying. The fundamental source of this week’s performance (and concurrent discount to the volatile changes in day-to-day risk appetite) can be traced back to the commodity’s hedging properties. Gold is indeed a safe haven asset for the broader investment community; but it is specifically attuned to playing the part of a hedge to capital markets, currencies and sovereign debt risk that have all deteriorated this year. The OECD’s optimistic forecasts for growth and interest rates would seem to undermine the precious metal’s value; but the report was littered with potential risks that will likely have greater influence over the fiscal and financial landscape than this group is likely accounting for. In the meantime, European Union members took additional steps to conform to their promises to rein in deficits. Italy approved a 24 billion euro spending cut, Spanish policy makers said a wealth tax would likely be drafted in a few weeks while Portugal would see its financing costs jump with an auction of 5-year notes. These are necessary steps that constantly test the confidence of the market as well as the capacity of these economies to bear such stringent members. A failure under pressure would almost certainly spark fear of a broader collapse.

Once again, silver’s fundamental interests would fall to risk appetite trends rather than the metal’s correlation to gold. A volatility though narrow-range day would lead the commodity to its third consecutive daily advance from congestion lows. However, over this period, the market has retraced a small percentage of the initial decline from record highs just two weeks ago. Taking a look to (delayed) futures activity data, Monday’s volume was the lowest it has been since the beginning of the month (29,710 contracts) while open interest maintained its positively correlated trend with price action in a decline to 120,000 contracts. 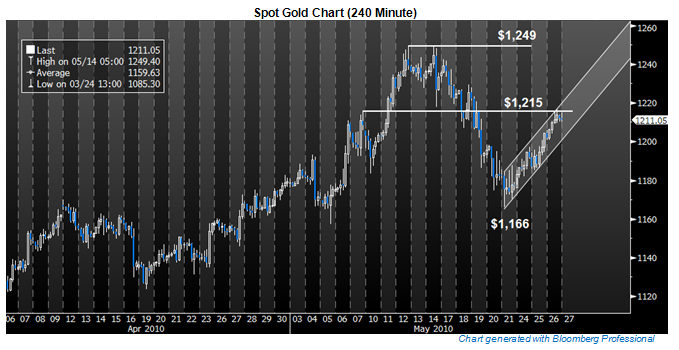