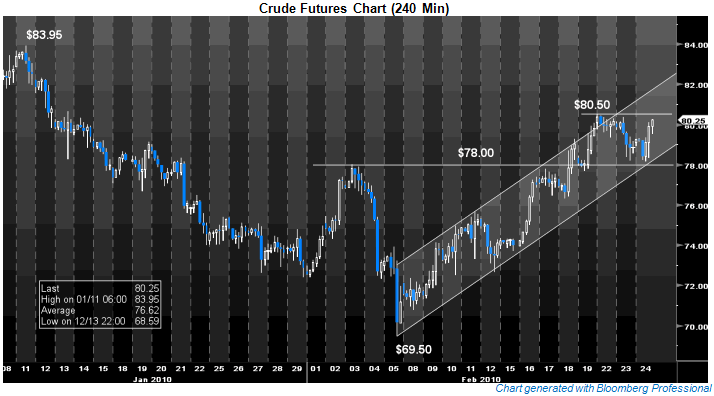 The fundamental landscape was busy Wednesday. Nevertheless, crude would once again fall back on its correlation to risk appetite trends to establish direction and volatility. While the Asian session was dominated by selling pressure for capital assets, optimism would recovery heading into the European and US session. This same sequence of price development can be seen on the intraday crude chart. Before the US session started, the active futures contract on the commodity would pull back to $78.25 – testing a notable channel floor. From this trough, trades drove oil 2.8 percent higher to the top of this week’s range capped at $80.50. While this seems a clean move, it does draw a few inconsistencies. From the futures market, we can see that volume has steadily declined through the past three weeks’ bull trend and open interest has followed a similar pattern. Another interesting point is the relaxed correlation between oil and the US dollar. Normally, the two hold a highly negative correlation that reflects their respective roles in the risk spectrum. Yet, today, the both crude and dollar followed an Asian session contraction and subsequent recovery. This could simply be labeled a break from pace for the currency; but in truth, this is a read on underlying sentiment trends. When the trend behind risk appetite or aversion eases, the correlation between markets begins to breakdown. If this indeed the case now, the market could be simply floundering until a clear direction is once again established.

Looking at the headlines, there were more than a few events that threatened to trigger volatility and perhaps set off a clear trend for the commodity. The most distinct threat for energy traders today was the weekly Department of Energy inventory figures. The Tuesday afternoon API (American Petroleum Institute) numbers set a bullish lean on expectations after the group reported a 3.14 million barrel increase in stockpiles. This was the biggest drop in holdings for this series in two months. In the meantime, the official consensus for the DoE report was set for a 1.9 million barrel increase. Some may have believed they had an upper hand on those that weren’t paying close attention; but the week-to-week divergences between these two reporting agencies was made clear when the DoE figures reported an impressive 3.03 million barrel increase in crude holding for the week ending February 19th. This marked the fourth consecutive increase in inventories (the longest trend of gains in nine months) to 337.5 million barrels (the highest overall level since November). The surprise quotient here was clear; but the oil prices would quickly adapt to the ‘disappointing’ figures and realign with risk appetite. In fact, this advance in sentiment was so strong, it would also survive a sharp drop in US new home sales to a record low as well as moderately discouraging testimony by Fed Chairman Bernanke and Treasury Secretary Timothy Geithner.

Watch our weekly, live coverage of the DoE Inventory figures every Wednesday beginning at 10:15 AM EST.

A Dollar Recovery Sends Gold Below $1,100

Usually, the multiple roles gold plays in the global financial markets align to give the commodity a clear bearing and sense of momentum. However, convictions were clearly tempered as a few of the assets more influential functions were running in opposing directions. The biggest break for gold bugs was the divergence between risk appetite trends and the US dollar. Typically, the greenback acts the part of a safe haven and responds to appreciation in growth-linked assets (like equities) by falling. In a break from the norm though, a slow but steady advance in equities was running side-by-side with a rise in the currency. This forced gold trades to decide whether the commodity’s utility as a speculative asset or dollar hedge was more important. In the end, the currency’s appreciation proved dominant. This is an interesting break of pace and perhaps speaks more broadly of gold’s fundamental value beyond its supplementary roles. At its current highs, it is perhaps difficult to support the notion that this commodity makes for a low risk alternative to other securities that often provide a yield. On the other hand, the CBOE’s gold volatility showed activity levels fell to a three-week low while both open interest and volatility have extended their retracements. If a clear and momentous change in sentiment were to develop, gold activity levels would likely rebound and the cross-market correlations would likely return.

Silver would put in for a positive close; but the price action that preceded the break may have weakened bulls’ conviction. An intraday tumble below $15.75 may not have breached a notable psychological level that has defined price action this past month; but it has broken the steady, rising trend channel that has developed from the February 5th reversal. From a fundamental standpoint, the split between the dollar and risk trends as primary fundamental drivers led to confusion for direction for silver. Looking at market activity, aggregate open interest has slipped to its lowest level since early September. On the other hand, the average level of volume has risen back to highs not seen since early December. 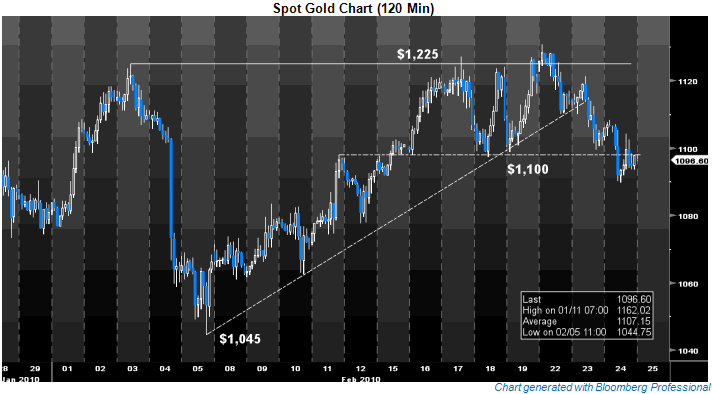