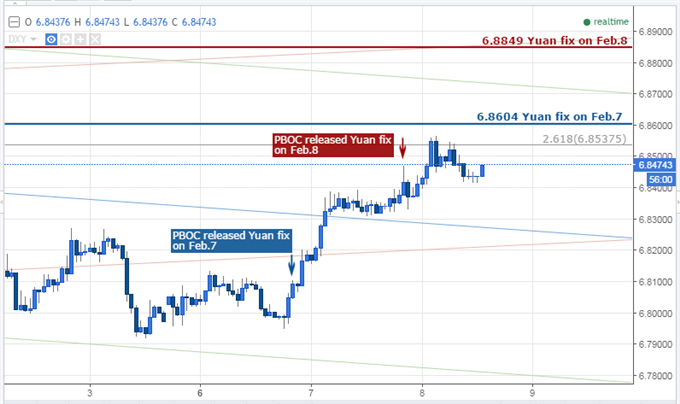 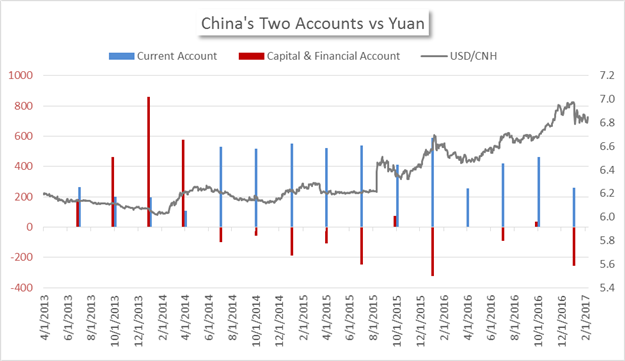 The capital account measures the net position of a nation’s financial assets held by foreigners. A deficit in the capital account means that the country held more foreign assets than the other way around. Since the second half of 2014, the direction of capital flows in China has changed from inbound to outbound, with the country’s capital and financial account turning into negative. This could be led by two factors: foreign institutions reducing investment in China amid a weaker Yuan and Chinese investors seeking overseas opportunities amid a lack of domestic opportunities.

- China’s 10-year government bond yield rose to 3.497% on February 6th, the highest level since August 2015, following the PBOC’s lending rate hikes. One of the main purposes of raising shorter-term rates is to curb the high leverage in longer-term bonds. Chinese investors used cheap short-term borrowing to purchase longer-term bonds, such as 5-year and 10-year Chinese government bonds. Such purchases had driven up bond prices and sent bond yields to record lows: Last August, the yield of Chinese 10-year government bond fell to 2.656%, the lowest level since the end of 2008. 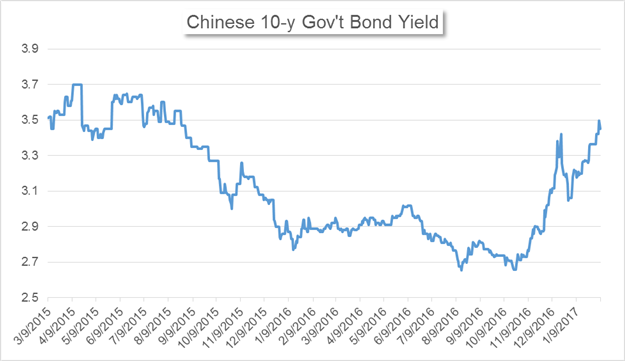 Amid tightened liquidity of recent, investors holding long-term bonds with high leverage, may have had to sell their bonds in the effort to maintain sufficient cash. Such selling would lead to dropping prices and rising yields.

On Wednesday, the PBOC continued the suspension on liquidity injections through open market operations, a further move to reduce liquidity. Within such context, more selling in long-term bonds could be seen over the following periods.

- Heads up: China’s annual National Securities and Futures Supervision Conference will be hosted on February 10th and 11th. The Chairman of China Securities Regulatory Commission Liu Shiyu will attend the Conference for the first time after he took office. China has set curbing financial risks as one of the prioritized targets for 2017. Securities regulators may issue detailed measures at this Conference and thus, worth to keep an eye on.