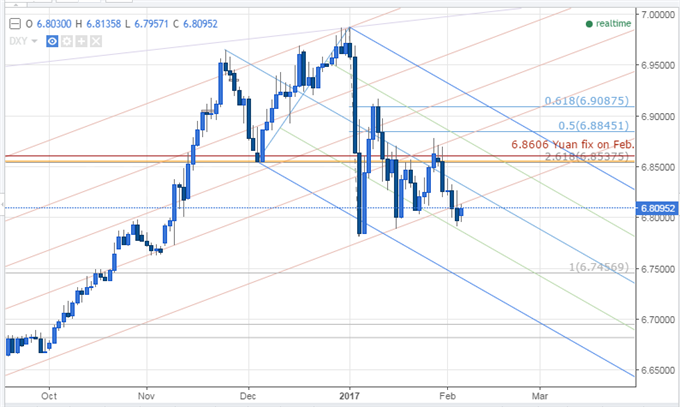 - The offshore Yuan maintained stronger than the PBOC’s fix and the onshore Yuan on Monday.

- Hong Kong is the major hub for capital flowing into mainland in terms of foreign direct investment.

An offshore Yuan stronger than the onshore Yuan is less common, though not necessarily causes a major concern. However, the offshore rate has been stronger than the PBOC’s guided level since January 4th, except on January 27th and 30th when the daily fix was not updated due to the Lunar New Year. Without the regulator’s recognition, the offshore Yuan’s strength may not be sustainable and thus, traders will want to be cautious about near-term reversals. 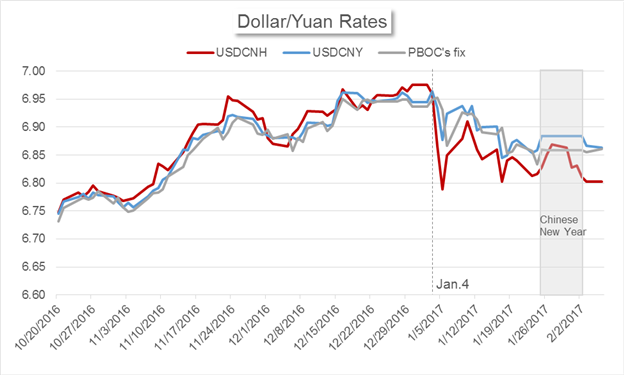 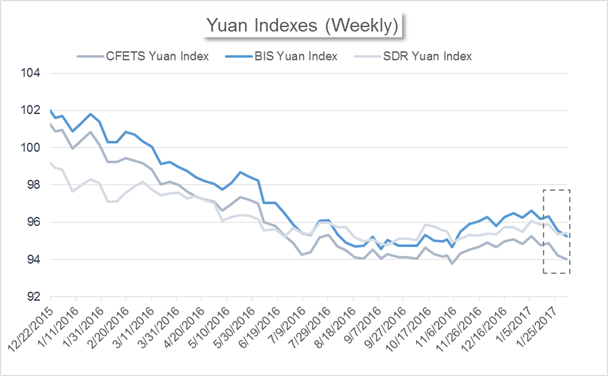 - The PBOC suspended open market operations on Monday despite that there were 150 billion Yuan reverse repos to be matured on the day. This is seen as a further move that the Chinese regulator plans to bring monetary policy back to neutral from “slightly loose”. From Tuesday to Friday, there will be additional 475 billion Yuan of reverse repos to be matured. Market participants will want to keep a close eye on whether the PBOC will continue to withdraw liquidity.

- Foreign investors’ holdings in Chinese government bonds dropped -1.9 billion Yuan to 421.8 billion Yuan as of the end of January. This is the first decline on a monthly basis since October 2015. A weaker Yuan may have impacted foreigners’ interest in Yuan-denominated bonds.