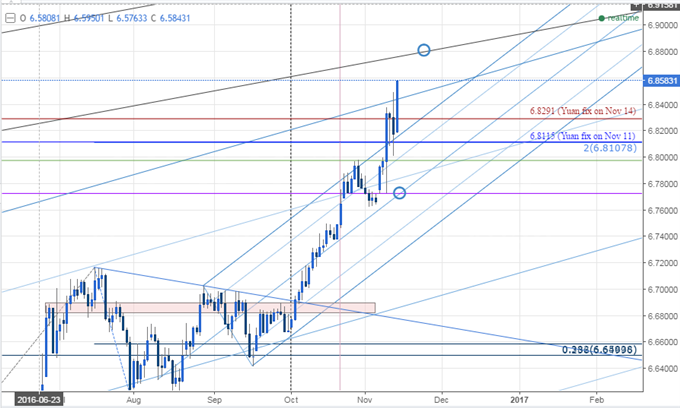 - The Yuan dropped to fresh lows against the Dollar while gained against a basket of currencies.

- The PBOC’s Yuan funds outstanding for foreign exchange dropped for the twelve consecutive month in October.

- China’s statistics bureau told that ‘no problem to achieve the 6.5% annual growth target’.

- The offshore Yuan set a new all-time low against the U.S. Dollar on Monday, with the USD/CNH hitting 6.8598 at 10:05am EST. This is mostly driven by the Dollar (DXY) rally which is trading at an 11-month high as market participants digest the president-elect’s fiscal policy. In the early portion of the Asian session, the PBOC weakened the Yuan (via the Yuan fix) against the Dollar by -176 pips or -0.26%. Amid recovered expectations on a December Fed rate hike, the Chinese Yuan will likely continue to lose against its U.S. counterpart.

The onshore Yuan extended losses against the Dollar to a seven-year low on Monday, with the USD/CNY climbing above 6.83, the pegged level from 2008 to 2010. 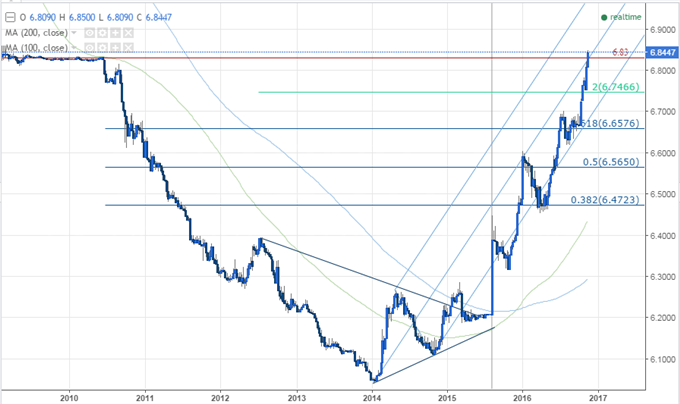 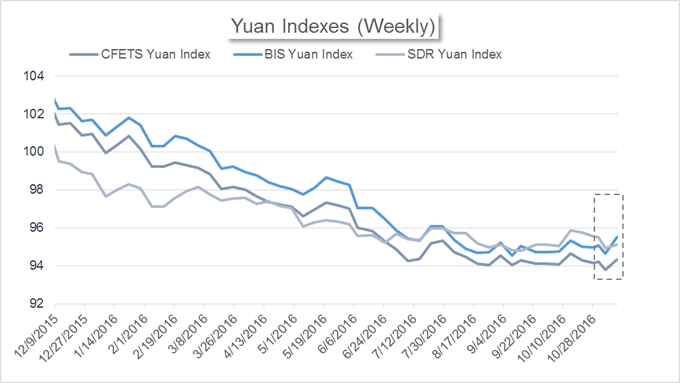 - The PBOC’s Yuan funds outstanding for foreign exchange dropped for the twelve consecutive month in October, falling -268 billion Yuan to 22.64 trillion Yuan. The indicator measures the amount of Yuan injected by the Central Bank to markets, in exchange of foreign currencies it received from commercial banks. The decline in Yuan funds outstanding for foreign exchange reduces the onshore Yuan liquidity, which may further dampen the uneven liquidity demand in Chinese financial markets. 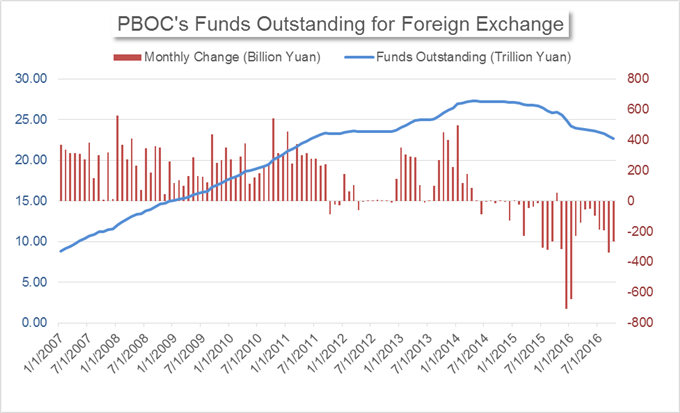 - The spokesman of China’s statistics bureau Mao Shengyong said that China should have no problem to reach the 6.5% annual growth target for 2016: The economy has showed steady growth in the first three quarters; there will be no significant change in the fourth quarter.

- China’s Ministry of Industry and Information Technology released a five-year plan on Monday for the steel industry and set the production cuts target. By 2020, steel makers are expected to reduce 100 million to 150 million tons of productions in raw steel, significantly improve innovation ability, meet the energy consumption and pollutant emissions standards and be able to provide a series of key steel products with high quality.