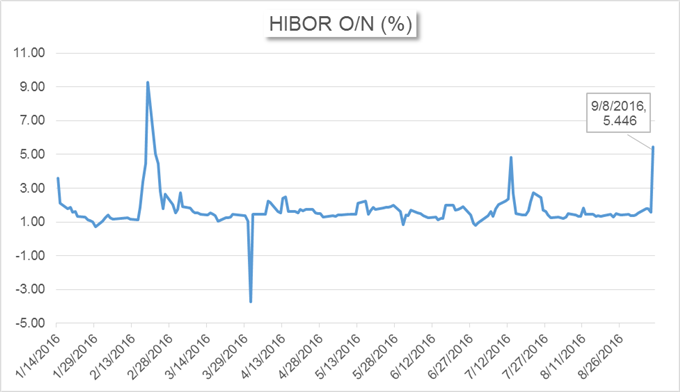 - The offshore Yuan’s overnight borrowing rate soared on Thursday to the highest level since February.

- Chinese insurance companies are allowed to trade Hong Kong stocks through the trading link with Shanghai.

- China’s imports improved in August while the drop in exports eased.

- The offshore Yuan’s overnight borrowing rate jumped on September 8th. The HIBOR O/N soared by +3.88% to 5.45% on Thursday, the highest level since February. Some investors suspect that the tightened liquidity was guided by China’s Central Bank, as to increase the cost of shorting the Yuan. As the G-20 meetings has ended, market speculation on a weaker Yuan heats up again. However, the tightened liquidity indicate that the Chinese currency may not sharply devalue in the near term despite that the major theme of G-20 meetings is over.

On September 8th, the PBOC guided the Yuan slightly weaker against the U.S. Dollar; the daily fix was lowered by -0.1% to 6.6620. The offshore USD/CNH are traded around the level set by the PBOC on September 6th and is about 220 pips away from the psychological level of 6.7000. 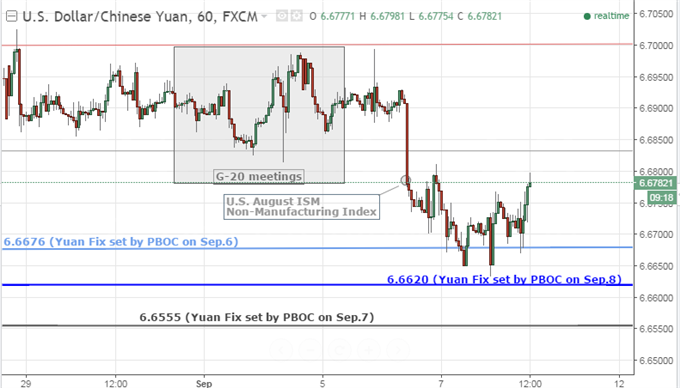 On the other hand, the drop in exports has eased in August: exports in Dollar terms fell -2.8% on an annualized basis following a decline of -4.4% in July. In Yuan terms, China’s exports rose +5.9% in August following an increase of +2.9% in the month prior. 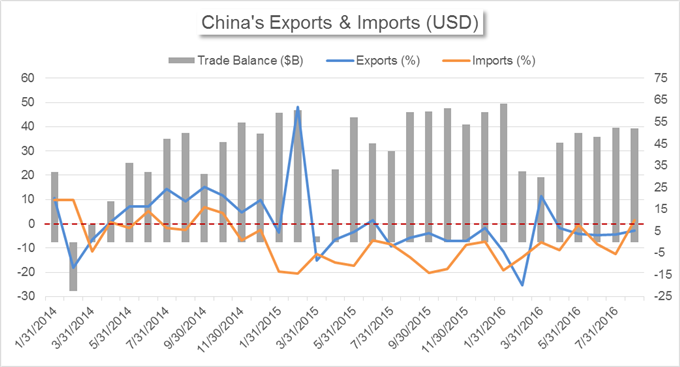 The difference between Yuan and USD-denominated reads resulted from moves in Dollar/Yuan rates. On August 11, 2015, the Yuan was de-pegged against the U.S. Dollar. Ever since then, the gap between Dollar terms and Yuan terms have significantly widened. Normally Chinese exporters receive foreign exchanges, such as U.S. Dollar, when sell products or services to overseas. A drop in Dollar-denominated exports print indicates a decline in Chinese selling goods and services. However, due to a weaker Yuan against the Dollar, the value of exports denominated in the domestic currency could increase, as what we see in August. 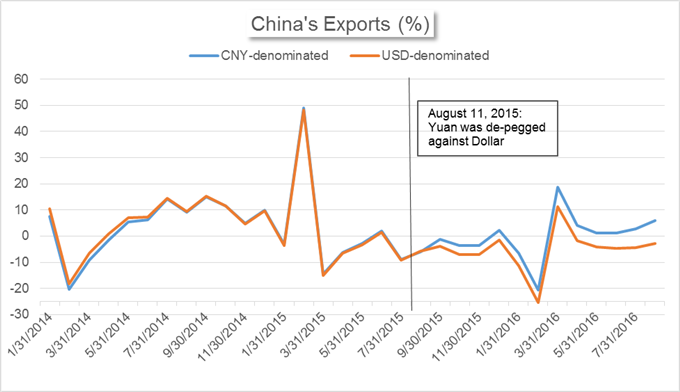 For Chinese importers, they normally pay foreign exchanges as well, so Dollar-denominated prints may better reflect their real conditions. Also, the trend of exports and imports is worth for traders to keep an eye on: the decline in exports has been slowing down since June, which hints that the economy may have reached the bottom. 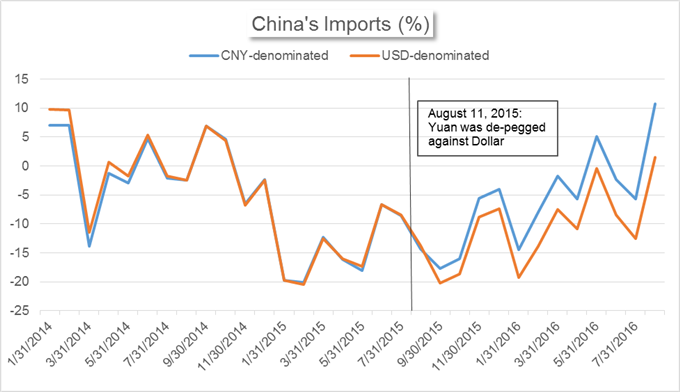 - Chinese insurance companies are approved to purchase Hong Kong stocks through the existing trading link with Shanghai, according to a statement issued by China’s insurance regulator on September 8th. This is good news for Hong Kong stocks as it is expected that additional funds from mainland China will flow into the Hong Kong market. For mainland stocks, this may have some side effects. On August 25th, a rumor was spread out that insurance companies would withdraw roughly 600 billion Yuan of investment from Chinese A-shares due to tightened regulations. As the insurance regulator introduced two measures on September 6th, showing no indication of such change, market tension was eased. The new approval is less likely to cause insurers’ withdrawals from A-shares as much as stated in the rumor; they may still replace some of their holdings in mainland stocks to Hong Kong stocks. This could add pressure on Chinese stocks and thus worth to keep an eye on.