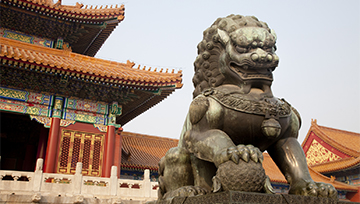 This daily digest will focus on new developments in China’s foreign exchange policy, changes in financial market regulations, and broader economic coverage in order to keep the DailyFX reader up-to-date on news typically covered only in Chinese-language sources.

- China-Korea FTA and China-Australia FTA will enter effect on December 20, 2015.

- According to a source at PBOC, the central bank has suspended the approval on new RQDII quota applications on Wednesday evening. In the past two months, many Chinese institutions have used RQDII program as a channel to purchase offshore yuan-denominated bonds and certificates. The source said the suspension is to ease the pressure generated by the increasing capital outflows recently.

RQDII is a program from China’s central bank which allows “Qualified Domestic Institution Investors” to purchase yuan-denominated assets at offshore markets. Compared to QFII and RQFII programs, the RQFII is a fairly new program which was launched on November 2014. China’s opening up in capital markets is a two-way approach: to allow foreign capitals to flow in through channels such as QFII and RQFII programs; and allow domestic capitals to flow out through QDII and RQDII programs. For more information about QFII and RQFII, read Can a Trader Take Advantage of the IMF’s Chinese Yuan Decision.

AMonday report shows that China’s foreign reserve declined by $87.22 billion in November and hit its lowest level in over two years. There are both domestic and external factors that led to the increasing capital outflows. Yet the key driver is the expectation on Fed rate hike in the next week. As a result, the PBOC starts to prepare for the potential impacts of the Fed decision and test how the market will react by guiding the yuan to a lower level. The central bank set the mid-point rate for onshore yuan (USD/CNY) on Wednesday at 6.4140, the lowest level for the Yuan in four years (highest level for USD/CNY). Consequently, both onshore and offshore yuan trading rates moved lower: USD/CNY closed at 6.4308 on Wednesday—its highest since August 9, 201—and USD/CNH broke 6.50, up 0.33% to the highest level since August 26.

Yuan is like a new swimmer who has only practiced in a swimming pool before and was well protected by its guard, the China’s central bank. As the yuan become more involved in the global market, it needs to learn how to swim in the sea – the global market - and learn how to survive through big waves such as Fed rate hike. What the PBOC did on Wednesday is to create some artificial waves in the swimming pool and let yuan get used to the turbulence before the real wave comes in the next week. At the same time, in order not to put too much pressure on this new swimmer, the central bank decided to tighten oversights to reduce other waves such as by suspending issuance of the new RQDII quota.

As a result, despite of yuan’s devaluation and probably even further devaluation, traders want to understand that it is healthier to see more volatility in yuan as it means that market forces are allowed to play a bigger role in yuan’s formation regime. Also, we expect the suspension on issuance of new RQDII quota will be temporary. Once the yuan goes through the big wave of Fed rate hike, the capital controls will likely be removed and the RQDII program will be restarted. In addition, more programs similar as RQDII are being planned to introduce as further steps for China’s opening up. For example, a new QDII2 program to be launched in the near future will allow Chinese domestic individual investors to participate in the global markets.

(China’s most important online media, similar as CNN in the US. Also, it owns a Chinese version of twitter, called weibo, with around 200 million active usersmonthly)

- China’s State Council announced that China will adopt a registration-based IPO system within two years at both Shanghai Stock Exchange and Shenzhen Stock Exchange. New IPOs will not be suspended during the process that the new system is being planned.

There are two reasons that China wants to introduce this new system: A) to meet the global standards – US, Japan and other developed countries are using the registration-based IPO system. B) to improve the market efficiency - simplify the application process for qualified companies financing through the stock market and clean up the zombie firms listing on the stock exchanges.

- On December 9, Chinese officials announced that both China-Korea Trade Agreement and China-Australian Agreement will enter effect on December 20, 2015.

China’s trade figures in the past few months have missed expectations. In the most recent month, exports shrunk by 3.7% following a 3.6% contraction in October. China now is in a transition period from export-driven to domestic-consumption-driven and thus it spends a lot of effort to promote domestic spending. Yet the domestic consumption has not become the lead to the economy. As a result, maintaining a relative strong strength in trade is important for China at the moment. Signing free trade deals with China’s most important partners can help to ease the trade conditions.