Asia-Pacific equity indexes may be set for a volatile week ahead as investors reallocate their portfolio holdings into the end of the quarter on Wednesday. Investors digested some upbeat Chinese economic data over the weekend after China’s National Bureau of Statistics (NBS) released industrial profits data for January and February, which showed a sharp 178.9% increase on a year-over-year basis.

The base effect caused by the onset of the Covid pandemic bears responsibility for a large chunk of the gains. Still, industrial profits are up over 70% from 2019, highlighting China’s robust economic recovery. The figures will likely bode well for industrial metals like copper and iron ore, which are heavily imported by China to fuel stimulus-driven infrastructure spending. The powerhouse economy is set to report manufacturing PMI on Wednesday. Analysts expect a print of 51 for March, up from 50.6 in the prior month.

Meanwhile, traders are still digging into a series of large block trades that hit the market during Friday’s Wall Street trading session. Bloomberg reported over the weekend, citing two individuals familiar with the trades, that family office Archegos Capital Management, led by Bill Hwang, was responsible for the unusual selling in US equity markets last week. The family office was reportedly forced by its bank to initiate the massive sell orders, totaling over $20 billion.

These block trades – a large number of securities sold or bought at an arranged price – caused a curious bout of speculation over the weekend surrounding the seller's identity. The market weathered the unusual activity, although the shares involved saw deep losses. Two of those names, Discovery and ViacomCBS, closed down over 27%, the biggest losses on record for both stocks.

Monday’s economic calendar for the United States is rather sparse, but Federal Reserve Board of Governors member Christopher Waller will speak Monday afternoon. The Asia-Pacific region will see New Zealand report building permits for February, and Japan will release unemployment and retail sales data. The week will wrap up with the frequently hard-hitting US nonfarm payrolls report for March, with economists expecting a big 655k jobs rise. Global economic prints have been improving recently, evidenced by the Citi Global Economic Surprise Index. 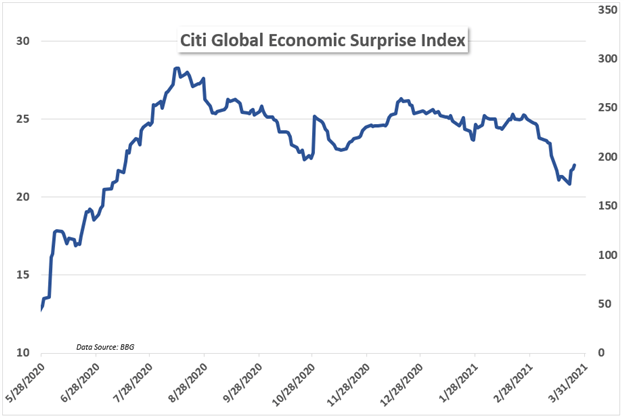 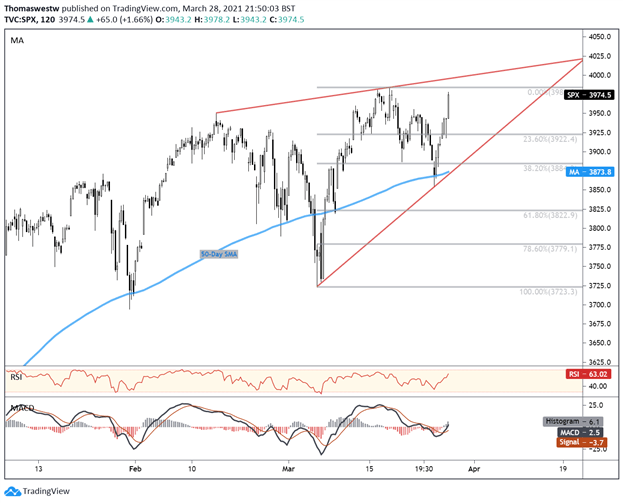