Wall Street ended the day with gains across the major U.S. stock indexes despite initial jobless claims totaling 742k vs the consensus forecast of 707k according to the DailyFX Economic Calendar. Continuing claims, however, fell to 6.37 million, the lowest level since March. The Dow Jones and S&P 500 opened in the red, but bulls managed to bid up prices throughout the day and close with gains across the U.S. equity space.

Meanwhile, the US Dollar weakened during the latter half of the day, as the safe-haven Japanese Yen and Swiss Franc strengthened. Initially however, the DXY index saw bullish momentum following yet another positive Covid vaccine headline, this time from Oxford University. Still, widespread distribution of any vaccine is months away according to health experts. 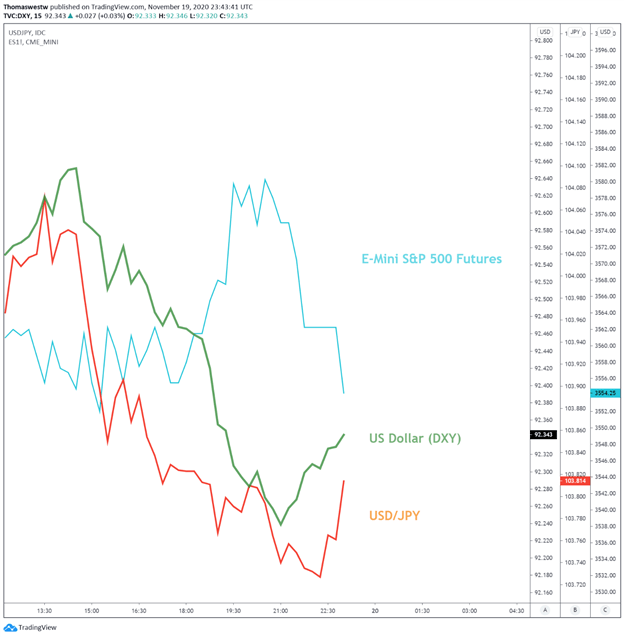 Friday’s Asia-Pacific trading session appears set for a struggle between sentiment drivers. On one hand, positive vaccine news is driving hopes for an end to the Covid pandemic, and with that, a clearer path ahead for the global economy. On the other hand, Covid cases are rapidly accelerating in the United States and Europe. Market sentiment appears to be walking a tightrope with upside and downside risks lacking conviction as the week comes to a close.

The risk-sensitive Australian Dollar moved lower against the greenback despite Australia’s upbeat jobs report. The safe-haven Japanese Yen traded higher against the US Dollar throughout the New York session. USD/JPY fell under the psychologically important 104 handle following a brief early-day rally.

However, a letter to the U.S. Federal Reserve from Treasury Secretary Steven Mnuchin boosted the greenback late into the Wall Street session. The reaction in the Dollar likely stems from Mnuchin’s letter asking the Federal Reserve to return unused funds made available through the CARES Act. A possible implication of this is less stimulus being made available to the economy, perhaps resulting in some hedging from traders.

Still, USD/JPY is appearing set for a weekly loss. The technical setup appears bearish in the near term with the pair falling below its 50-day moving average earlier this week. Yen bulls may try to capitalize on the downside break under the 104 handle.

A further decline could make its way to trendline support from the March low that held earlier this month on vaccine news. Below that and the bottom range of a Descending Wedge would stand as the next defensive line for USD/JPY bulls. 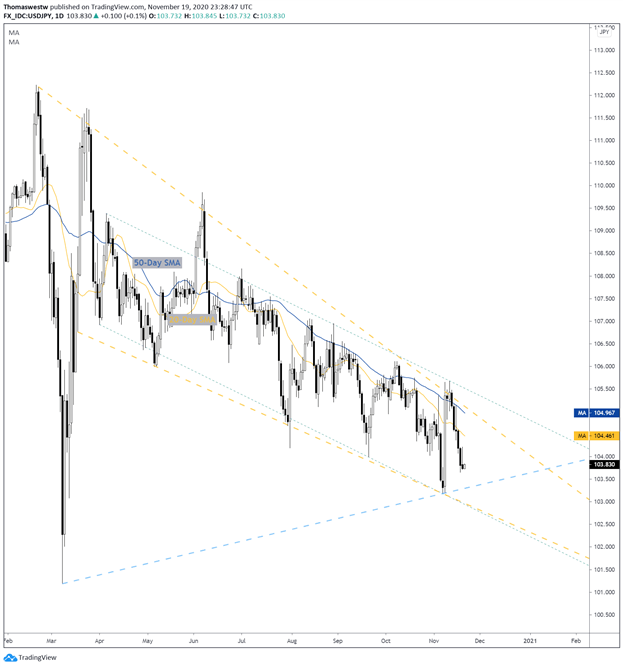 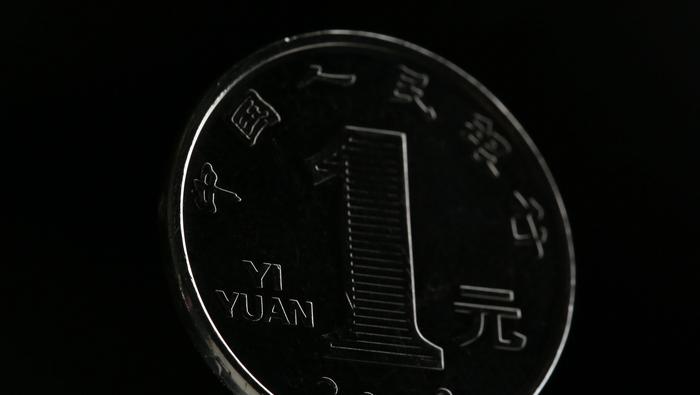