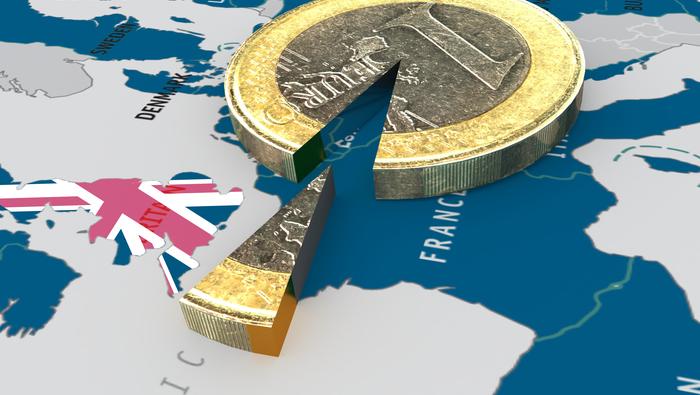 The British Pound was the worst-performing major currency on Tuesday as it became more evident that the October 31 Brexit deadline was put into question. What initially started off well for UK Prime Minister Boris Johnson with members of parliament voting to support the terms of his Brexit deal, quickly turned south as he then lost the ballot to rush his agreement into law by 308 ayes to 322 noes.

As John Bercow - Speaker of the House - put it, that left Brexit “in limbo”. Thus, the government sought to delay the EU-UK divorce and requested it from their colleagues across the English Channel. Donald Tusk – President of the European Council – recommended the EU to accept the UK’s extension request. A couple of options include delaying to January 31, or a shorter one to November 30.

In an official statement from France, the country noted that a Brexit extension to gain time “must be excluded” as they are open to a short technical delay. However, a UK official briefed that a push back until next year would mean an early election. The numerous uncertainties here not only took their toll on the British Pound, but also on risk trends.

On Wall Street, the S&P 500 turned red amid these developments and ended the day 0.36 percent to the downside. Near-term focus on earnings season was overshadowed. The anti-risk Japanese Yen outperformed at the expense of the sentiment-linked Australian and New Zealand Dollars. After days of weakness, the haven-linked US Dollar finally found some cautious upside progress.

Check out our fourth quarter fundamental and technical outlook for the British Pound!

Another quiet economic calendar docket puts the attention for currencies on risk trends. With S&P 500 futures pointing decidedly lower, this could spell further weakness in the AUD and NZD. This would bode well for the Japanese Yen. Pronounced weakness in Sterling may also work in favor of the US Dollar. The Euro is also vulnerable to Brexit updates. Overnight, EUR/USD turned lower following a bearish candlestick pattern.

Focusing on the GBP/USD daily chart, prices turned lower after failing to breach near-term resistance at 1.3001. Still, immediate support held at 1.2866. A daily close under opens the door to a reversal of the dominant uptrend. This is as IG Client Sentiment showed a cautious uptick in GBP/USD net-long positioning. While the current contrarian outlook is mixed, keep an eye out for a pickup in upside bets.

Join me later today at 00:00 GMT as I cover what IG Client Sentiment is saying about the prevailing trends in financial markets! 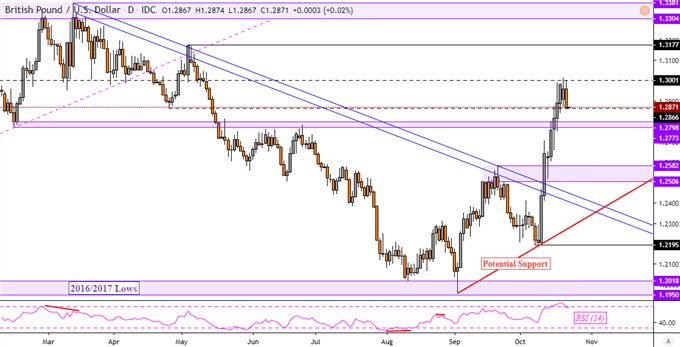