USD/CAD Fell to Support on GDP. Asia Stocks May Rise as Yen Drops

The Canadian Dollar was the best-performing major on Friday, bolstered by January’s local GDP report. At a time where most major countries are slowing, Canada’s economy should resilience as growth clocked in at 1.6% y/y versus 1.3% expected and from 1.1% in December. Local front-end government bond yields rallied, hinting at fading dovish Bank of Canada monetary policy expectations.

USD/CAD dropped about 0.7% on Friday in its worst single-day performance since February 22nd. This followed another retest of resistance just under 1.3469. This has left the pair eyeing near-term support which is a range between 1.3251 and 1.3291. Keep in mind that this area is also reinforced by former descending resistance from January (upper blue dashed line on the chart below). 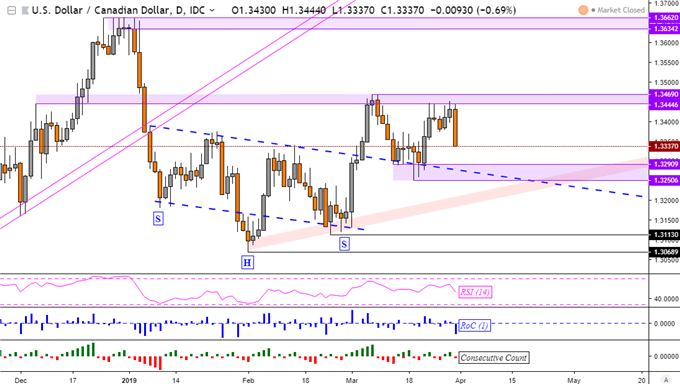 On the flip side of the spectrum, the British Pound depreciated. For a third time, UK Prime Minister Theresa May failed to get her Brexit deal passed through Parliament. Even though MPs voted against a ‘no deal’ divorce previously, it was not legally binding. As such, leaving the EU without an agreement remains a possibility. For now, Brexit has been pushed back to April 12 on unconditional terms.

Monday’s Asia trading session contains a couple of event risk for the Australian Dollar such as local business confidence and Chinese Caixin PMI data. Risk trends will also be competing for Aussie’s focus. Wall Street edged higher on Friday, brushing off disappointing personal spending data. Markets may be eyeing US-China trade talks this week. With that in mind, a rosy day for equities may weaken the anti-risk Japanese Yen further as AUD/USD and NZD/USD climb. 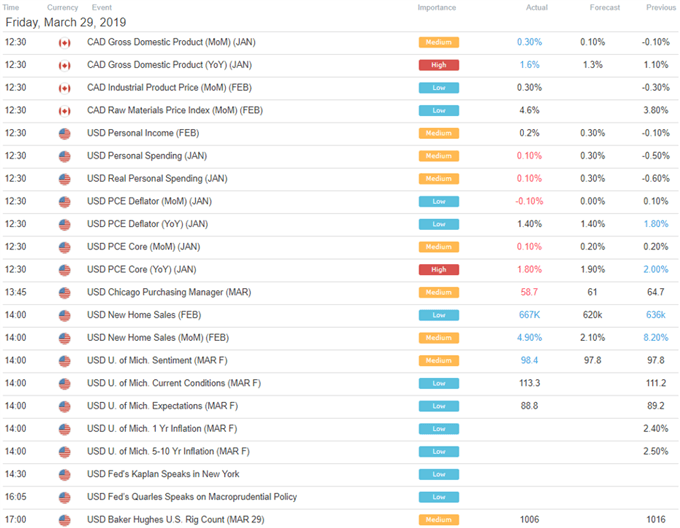 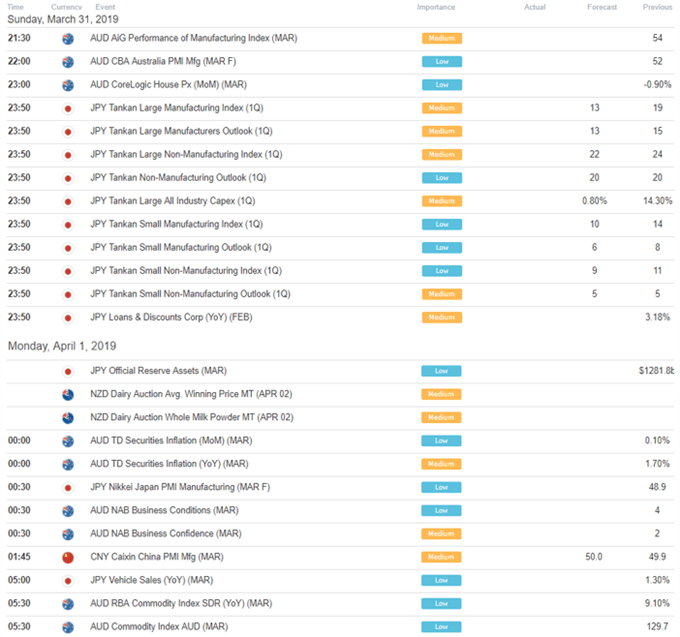