The Australian Dollar overwhelmingly underperformed against its major counterparts, as expected, on Thursday. The trigger for the selloff, despite an impressive local jobs report, stemmed from China. The Port of Dalian, a major harbor in Northeast China, indefinitely banned Australian coal imports to the tune of 12m tons this year. The pro-risk Aussie also got caught in the selloff in global stock indexes below. 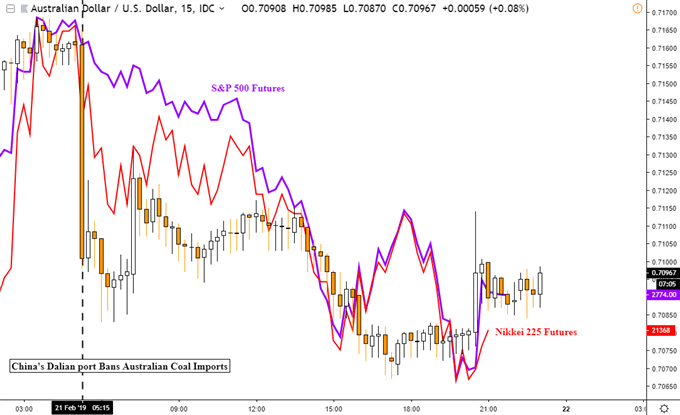 The decline in equities (S&P 500 -0.35%) occurred despite reports that the US and China were drafting Memorandums of Understanding. They were also aiming to extend the deadline before the former imposes additional tariffs on the latter (March 1). NZD/USD declined while the anti-risk Japanese Yen generally appreciated.

US indexes accelerated their selloff in the aftermath of weaker-than-expected durable goods orders. This was a similar response to when soft retail sales data crossed the wires last week. The US Dollar benefited from risk aversion given its status as the world’s reserve currency. The Canadian Dollar weakened after BoC’s Governor Stephen Poloz said that the path to a neutral range is ‘highly uncertain’.

Bellwether S&P 500 futures are pointing a little bit lower heading into the final 24 hours of the week, suggesting that there may be more room for weakness in equities. The New Zealand Dollar may fall if credit card spending underperforms in January. Data out of the country has been tending to underperform as of late. Kiwi Dollar’s decline could also be amplified if stocks do indeed selloff in Asia.

The ASX 200 has made impressive performance to the upside in the aftermath of a bullish reversal pattern as expected. It is overshadowed by negative RSI divergence which indicates ebbing upside momentum. This is conveniently occurring at resistance (6140) which is the May 2018 highs. A turn lower places 5942.8 as near-term support. 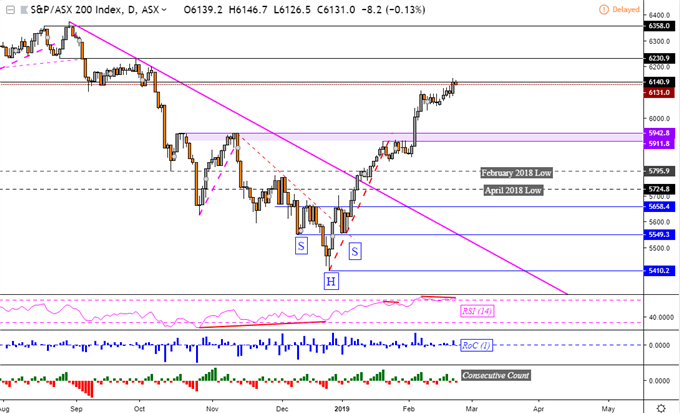 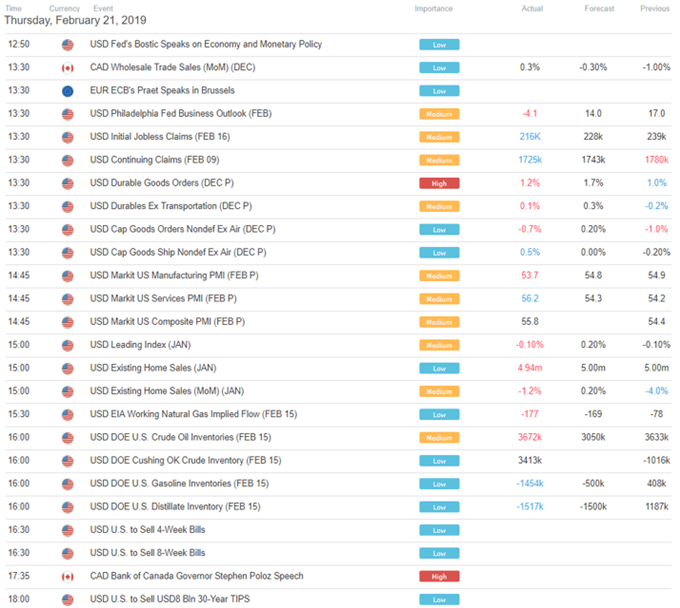