While the Euro underperformed as the ECB ended its QE program and its President Mario Draghi cut inflation forecasts, losses were trimmed following weakness in the US Dollar thereafter. The Greenback followed the S&P 500 lower during the US trading session as government bond prices rose. This suggests it was unable to capitalize on safe haven bids despite its status as the world’s reserve currency.

With that said, risk appetite was not able to extend following yesterday’s Asia trading session. Gains there were thanks to news that China agreed on a specific amount to purchase soybeans from the US. Both European and US equities were mixed, suggesting that markets are still cautious given the uncertainties ahead such as slowing global growth, the threat of higher rates in the US and even a government shutdown there.

Crude oil prices meanwhile had their best rally since December third amidst Venezuelan production concerns. Two major oil upgraders, Petro San Felix and Petromonagas, are reportedly offline. The former is not expected to be up and running until January. Still, the commodity has not achieved a major breakout on the daily chart after bottoming in late November.

Given the mixed performance today in equities, the anti-risk Japanese Yen was still the worst performing major currency. This was largely thanks to declines during the first half of the trading session as APAC shares rose. Speaking of, Friday’s trading session could entail a mixed session as financial markets await more updates from the European Council meeting with budget concerns now emanating from France too.

Friday’s Asia trade contains a couple of notable economic performance statistics from China, namely industrial production and retail sales. With the country’s GDP near a decade lower and with data tending to underperform relative to economists’ expectations, more disappointment here could add fuel to concerns about global growth. This could perhaps increase bets of an RBA rate cut in 2019 given that China is Australia’s largest trading partner. In addition, emerging markets could be left vulnerable. This would leave the Australian Dollar at risk down the road.

I will be hosting a live webinar covering the Chinese data later today beginning at 1:45 GMT where I will go over the Australian Dollar and other Aussie crosses. 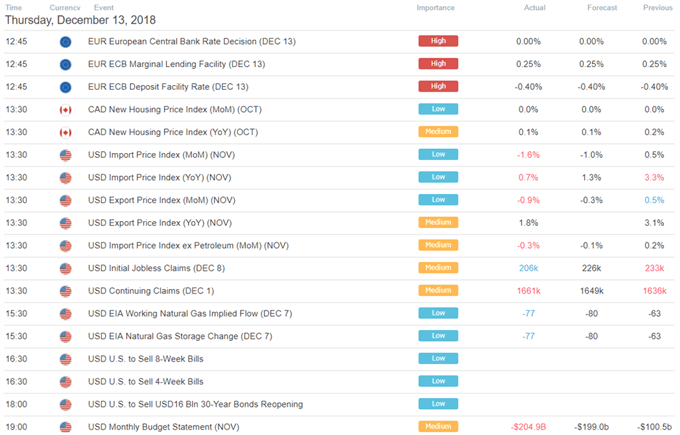 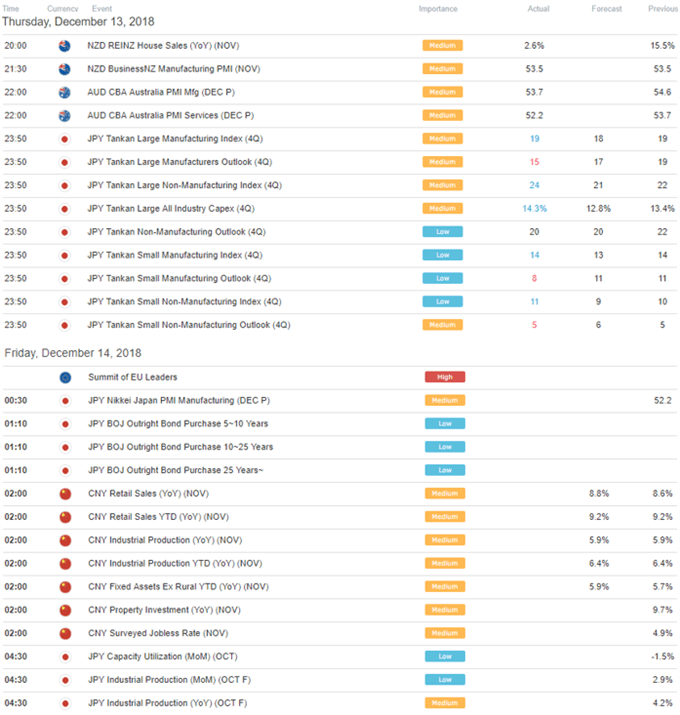