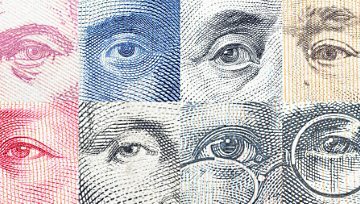 Tuesday’s trading session could have been divided into two parts, during the first half there was a decline in market sentiment. That seemed to have been a response to the IMF cutting global growth and increased US-China trade war fears. The US Dollar rallied on safe haven bids as Asia Pacific markets mostly traded lower while pro-risk currencies such as the Australian and New Zealand Dollars gained.

Then, as US bond market liquidity returned following the Columbus Day holiday, this trading dynamic quickly reversed course. The 10-year yield declined after briefly touching its highest since 2011 as stocks traded higher. Though the S&P 500 ended the day 0.14% lower, it pared most of its losses. After spending most of last week falling on rising Fed rate hike bets, the move may have been corrective.

We do have key US economic event risk approaching over the next coming days (PPI, CPI data). The markets could have pre-positioned themselves for disappointments there. With that in mind, the anti-risk Japanese Yen was little changed while AUD and NZD edged cautiously higher. The US Dollar experienced a pullback during the latter half of Tuesday as local treasury yields tumbled.

One notable currency that outperformed against all of its major counterparts was the British Pound which rallied on the latest Brexit update. According to a report from the Wall Street Journal, EU and UK divorce terms could be settled as early as next week. With that in mind, Sterling awaits EU Chief Negotiator Michel Barnierwho will be presenting the draft political declaration later today.

As Wednesday’s APAC session get underway, we are already seeing Nikkei 225 futures pointing higher as the Yen is losing ground. This suggests that the improvement in market mood may continue. However, this may be undermined as the IMF releases its Global Financial Stability Report (GFSR) which is due at 1:00 GMT Wednesday. There may be some pessimism echoed there from the world economic outlook paper. 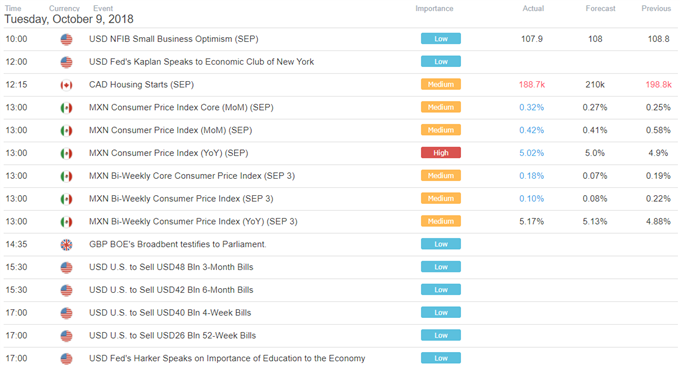 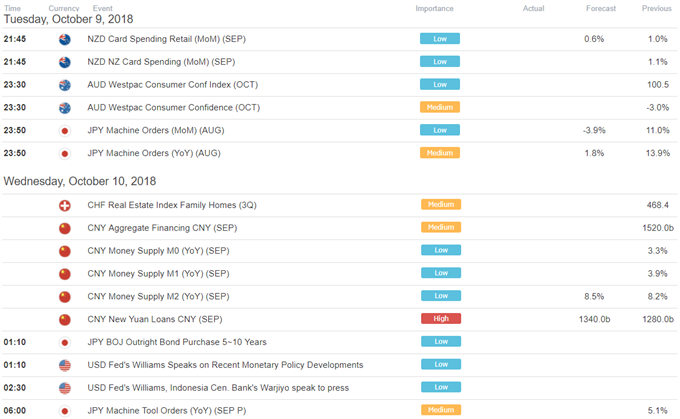