For a second day in a row the Canadian Dollar managed outsized gains against its major counterparts as a new trilateral NAFTA deal, named the USMCA, was reached between the US, Mexico and Canada. The removal of uncertainty helped USD/CAD decline over 0.65% as the pair overturned bullish reversal warning signs. Now the pair faces key support between 1.2729 – 1.27662 next.

The British Pound briefly rallied after reports crossed the wires that the UK was said to plan a compromise on the Irish border situation in order to achieve a Brexit deal. However, Sterling was unable to hold on to gains in the aftermath and ended the day cautiously lower. Its depreciation aligned with a drop in Euro prices which coincided with declines in German 2-year government bond yields.

Simultaneously, Italian bond yields significantly rallied reflecting a rising premium for investing into the country. Earlier in the day, Italian Deputy Premier Matteo Salvini said that the ‘gentlemen of the spread will understand’. He was referring to their recently proposed budget which needs to be approved by the European Commission by October 20th.

Ahead, top-tier economic event risk during Tuesday’s Asia Pacific trading session is the RBA rate decision. The event may pass without much fireworks however as the markets are anticipating rates to be left unchanged. Furthermore, overnight index swaps are not even pricing in a better-than-even chance of a rate hike until a year out.

Sign up for our RBA Webinar which begins 15 minutes prior to the monetary policy announcement. We will be covering the Australian Dollar and what is in store for it ahead!

With that in mind, the Reserve Bank of Australia is still comparatively hawkish compared to its New Zealand counterpart. The AUD/NZD long initiated at 1.09168 still remains in play and 1.11424 is the target. Considering that most benchmark stock indexes traded higher today, the S&P 500 climbed 0.36%, we may see some optimism echo into APAC trade.

As for AUD/USD, the weekly technical outlook was changed to neutral after follow-up gains to a bullish reversal pattern fell short. Key resistance is at 0.73106 while near-term support between 0.71452 and 0.7160. The outlook for EUR/AUD on the other hand remains bearish. 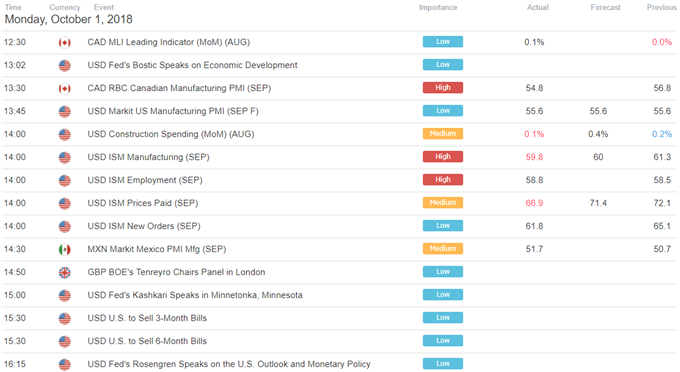 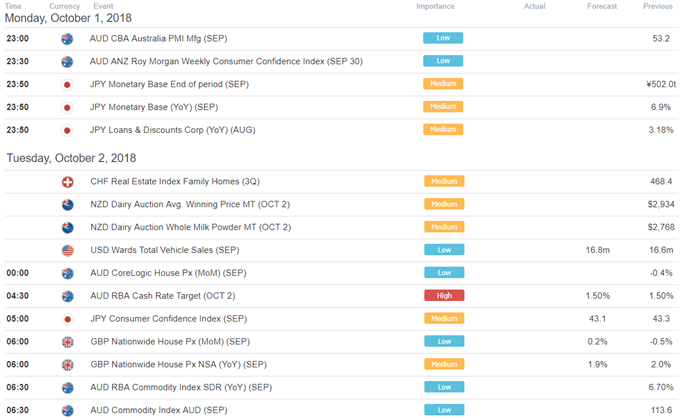