Adding to gains in the Canadian Dollar later on was a pickup in market mood on Wall Street despite European benchmark stocks indexes largely heading lower amidst Italian budget woes. Stocks and sentiment-linked crude oil prices rallied as the third quarter came to an end. This weighed against the haven-linked US Dollar which ended the day cautiously higher still.

There may yet be room for more CAD gains as the new quarter begins. This is because after market close Friday, Mexico’s Economy Minister ldefonso Guajardosaid that the US and Canada told them that they may resolve NAFTA issues over the next 48 hours (weekend). If this is indeed the case by Monday Asia Pacific trade, then we may see USD/CAD gap lower.

This may also offer gains to APAC equities if market mood improves as a result, triggering a ‘risk on’ trading dynamic. Such an outcome would bode ill for the anti-risk Japanese Yen, further pushing USD/JPY to the May/July/November 2017 highs. Meanwhile the pro-risk Australian and New Zealand Dollars could capitalize and trade higher. However, should the NAFTA talks breakdown, than this may go the other way.

USD/CAD prices have tumbled 1.03% on Friday which was the most in a single day since May 30th, almost four months ago. While the pair has managed to close at its lowest since May, the lows achieved in August were not broken (1.28876). Simultaneously, positive RSI divergence warns that downside momentum is fading. Confirmation of a reversal of USD/CAD’s dominant uptrend from February to June would require further closes under support, exposing 1.2729 – 1.27662 next. 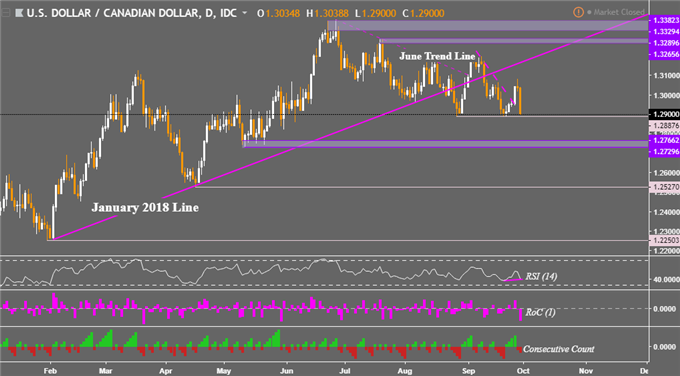 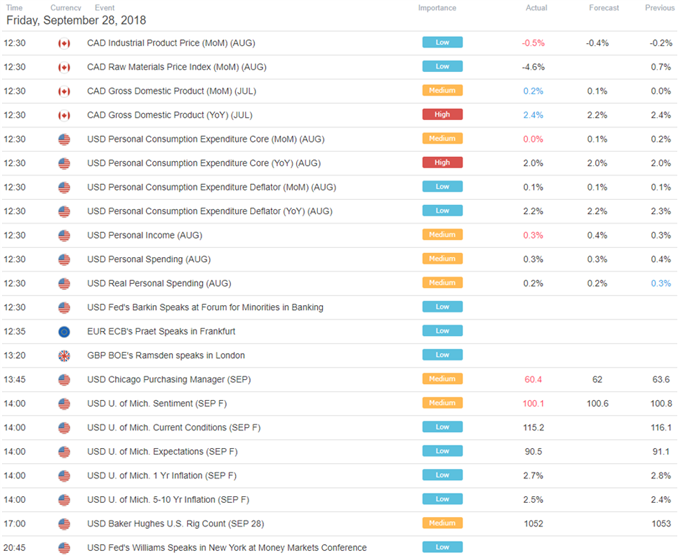 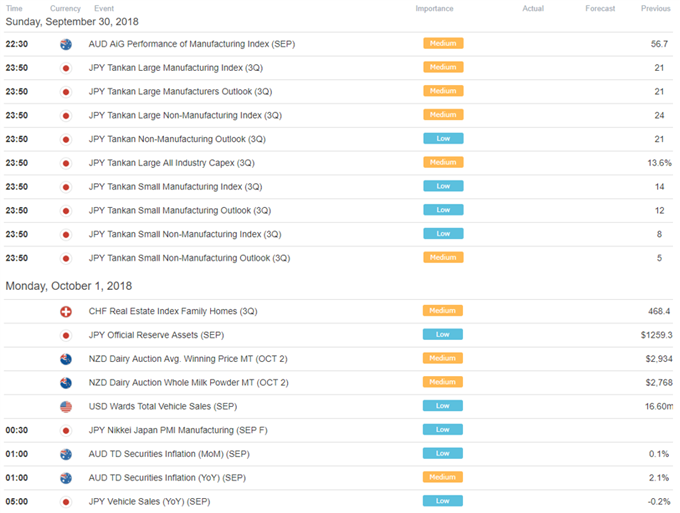